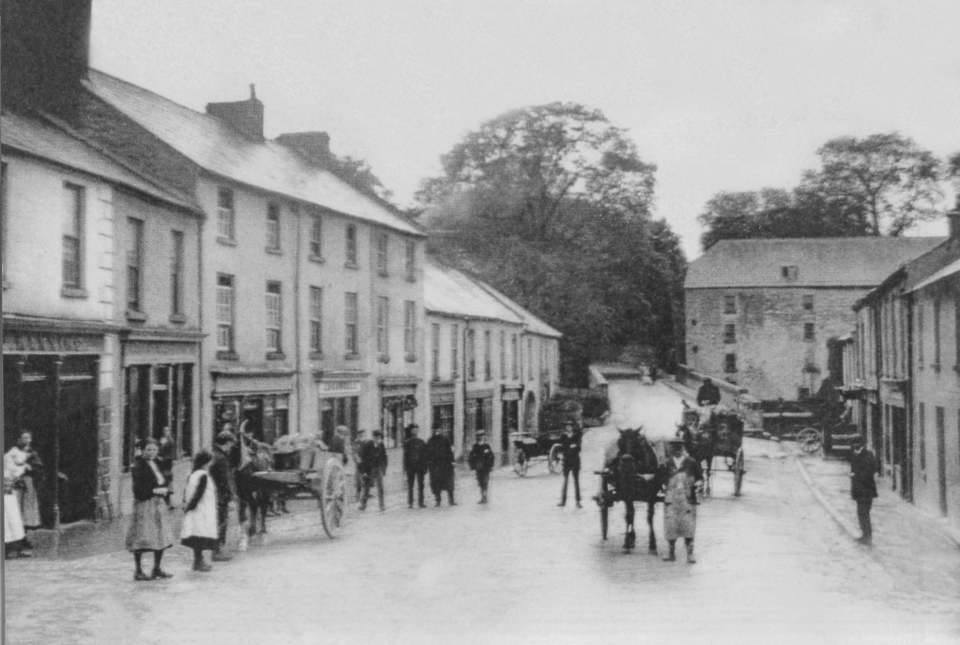 On the 31st March 1901, the Irish Census was filled out in every home and establishment within the Parish of Croom, as was done throughout the Island of Ireland as a whole.

This 1901 Census alongside with the 1911 Census taken ten years later, provide valuable information for the Parish, recording the names and ages of each member of the household, the type of houses that they lived in, even including the occupation of the family members at the time. There is a wealth of other information that can be viewed, particularly by clicking VIEW CENSUS IMAGES and looking into the following original forms.

The Household Return (Form A):

By clicking on this you get to view the actual Household Return document that was filled in on the night of the Census by the Head of the Household, but this is not always the case as a lot of the time you may find that the Enumerator has filled it in instead and the Head of the Household has added their mark X instead of their Signature, simply because the family member was unable to read and write at the time.

The information recorded on the Household return was: name, age, sex, relationship to head of the household, religion, occupation, marital status, county or country of birth. The census also records an individual's ability to read or write and ability to speak the Irish language, and whether deaf, dumb, blind, or other disabilities. In some cases, where forms were filled out in Irish, the name of the head of household appears in English on the back of the form.

House and Building Return (Form B1):

This is an interesting form as it gives you details of the various owners of the houses and buildings in and around the townland/street of interest.  It gives details such as what kind of building it was, whether it was a private dwelling, or a shop etc, what class of building, how many families lived in each house, and how many rooms they shared, including a list of the names of Head of Households, useful if you want to find out who the neighbours might have been back in early 1900's.  Also, directly across from where the head of house residing is recorded on the form, there is a section which records the name of the landowner, and if you are lucky this landowner might just turn out to be the name of the householder's parent, and in the process, confirm to you the name of a family member which happens to be another generation further back in time.

Browse the 1901 Census by Townland: