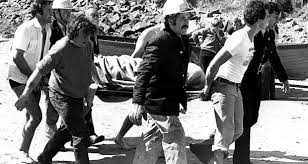 On the 27th of August 1979, the Duke of Edinburgh's uncle, Lord Mountbatten, was assassinated whilst holidaying at his summer home of Classiebawn.

Mountbatten went lobster potting in a 30ft boat. When the boat was just a few hundred yards from the shore, a bomb was detonated which destroyed the boat and killed Lord Mountbatten as well as 3 other including a local child.

The bomb had been planted by the IRA whi claimed full responsibility for the murders, claiming that it was done to draw international attention to the British occupation of Northern Ireland.

Tributes and condolences were delivered from all over the world to the Queen of England and her family.

In 2015 Prince Charles visited the site of the killing as Mountbatten had been an important figure in his life.