'Board of Commissioners for National Education' formed

The Commissioners for National Education (National Education Board) were established in 1831 for the purpose of administering a fund of £30,000 placed at the disposal of the Lord Lieutenant for the education of the poor in Ireland. Their powers were based on a set of instructions drawn up by Chief Secretary Stanley and were not defined in any enactment. 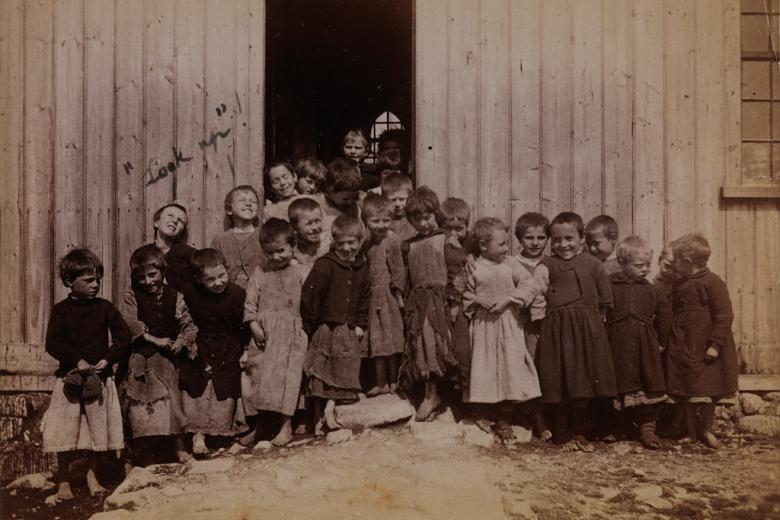 Copy of a letter from the Chief Secretary for Ireland, to His Grace the Duke of Leinster, on the Formation of a Board of Commissioners for Education in Ireland.

My Lord - His Majesty's Government having come to the determination of empowering the Lord Lieutenant to constitute a Board for the superintendence of a system of National Education in Ireland, and Parliament having so far sanctioned the arrangement as to appropriate a sum of money in the present year as an experiment of the probable success of the proposed system, I am directed by his Excellency to acquaint your Grace, that it is his intention, with your consent, to constitute you the President of the new Board: and I have it further in command to lay before your Grace the motives of the Government in constituting this Board, the powers which it is intended to confer upon it, and the objects which it is expected that it will bear in view, and carry into effect.

The Commissioners, in 1812, recommended the appointment of a Board of this description to superintend a system of Education from which should be banished even the suspicion of proselytism, and which, admitting children of all religious persuasions, should not interfere with the peculiar tenets of any. The Government of the day imagined that they had found a superintending body, acting upon a system such as was recommended, and intrusted the distribution of the national grants to the care of the Kildare Street Society. His Majesty's present Government are of the opinion, that no private society, deriving a part, however small, of their annual income from private sources, and only made the channel of the munificence of the Legislature, without being subject to any direct responsibilities, could adequately and satisfactorily accomplish the end proposed; and while they do full justice to the liberal views with which that Society was originally instituted, they cannot but be sensible that one of its leading principles was calculated to defeat its avowed objects, as experience has subsequently proved that it has. The determination to enforce in all their schools the readings of the Holy Scriptures without note or comment was undoubtedly taken with the purest motives; with the wish at once to connect religious with moral and literary education, and at the same time not to run the risk of wounding the peculiar feelings of any sect by catechetical instruction or comments which might tend to subjects of polemical controversy. But it seems to have been overlooked, that the principles of the Roman Catholic Church (to which, in any system intended for general diffusion throughout Ireland, the bulk of the pupils must necessarily belong) were totally at variance with this principle; and that the indiscriminate readings of the Holy Scriptures without note or comment, by children, must be peculiarly obnoxious to a church which denies, even to adults, the right of unaided private interpretation of the Sacred Volume with respect to articles of religious belief.

Shortly after its institution, although the Society proposed and extended its operations under the fostering care of the Legislature, this vital defect began to be noticed, and the Roman Catholic clergy began to exert themselves with energy and success, against a system to which they were on principle opposed, and which they feared might lead in its results to proselytism, even although no such object were contemplated by its promoters. When this opposition arose, founded on such grounds, it soon became manifest that the system could not become one of National Education.

The Commissioners of Education, in 1824-5, sensible of the defects of the system, and of the ground as well as the strength of the objection taken, recommended the appointment of two teachers in every school, one Protestant and the other Roman- catholic, to superintend separately the religious education of the children; and they hoped to have been able to agree upon a selection from the Scriptures which might have been generally acquiesced in by both persuasions. But it was soon found that these schemes were impractical; and, in 1828, a Committee of the House of Commons, to which were referred the various reports of the Commissioners of Education, recommended a system to be adopted which should afford, if possible, a combined literary, and a separate religious education, and should be capable of being so far adapted to the views of the religious persuasions which prevail in Ireland as to render it, in truth, a system of national education for the poorer classes of the community.

For the success of the undertaking much must depend upon the character of the individuals who compose the Board, and upon the security thereby afforded to the country, that while the interests of religion are not overlooked, the most scrupulous care should be taken not to interfere with the peculiar tenets of any description of Christian pupils.

To attain the first object, it appears essential that the Board should be composed of men of high personal character, including individuals of exalted station in the Church; to attain the latter, that it should consist of persons professing different religious opinions.

It is the intention of the Government that the Board should exercise a complete control over the various schools which may be erected under its auspices, or which, having been already established, may hereafter place themselves under its management, and submit to its regulations. Subject to these, applications for aid will be admissible from Christians of all denominations; but as one of the main objects must be to unite in one system children of different creeds, and as much must depend upon the co-operation of the resident clergy, the Board will probably look with peculiar favour upon applications proceeding either from -

1st. The Protestant and Roman Catholic clergy of the Parish; or

2nd. One of the clergymen, and a certain number of parishioners professing the opposite creed; or

3rd. Parishioners of both denominations.

Where the application proceeds from Protestants or exclusively from Roman- Catholics, it will be proper for the Board to make inquiry as to the circumstances which lead to the absence of any names of the persuasion which does not appear.

The Board will note all applications for aid, whether granted or refused, with the grounds of decision, and annually submit to Parliament a report of their proceedings. They will invariably require, as a condition not to be departed from, that local funds shall be raised, upon which any aid from the Public will be dependent. They will refuse all applications in which the following objects are not locally provided for:

They will require that the schools be kept open for a certain number of hours, on four or five days of the week, at the discretion of the Commissioners, for moral and literary education only; and that the remaining one or two days in the week be set apart for giving, separately; such religious education to the children as may be approved by the clergy of their respective persuasions.

They will also permit and encourage the clergy to give religious instruction to the children of their respective persuasions, either before or after the ordinary school hours, on the other days of the week.

They will exercise the most entire control over all books to be used in the schools, whether in the combined moral and literary, or separate religious, instruction; none to be employed in the first except under the sanction of the Board, nor in the latter but with the appointment of those members of the Board who are of the same religious persuasion with those for whose use they are intended: Although it is not designed to exclude from the list of Books for the combined instruction, such portions of sacred history, or of religious and moral teaching as may be approved of by the Board, it is to be understood that this is by no means intended to convey a perfect and sufficient religious education, or to supersede the necessity of separate religious instruction on the day set apart for the purpose.

They will require that a register shall be kept in the schools in which shall be entered the attendance or non-attendance of each child on Divine worship on Sundays.

They will, at various times, either by themselves, or by their inspectors, visit and examine into the state of each school, and report their observations to the Board. They will allow to the individuals or bodies applying for aid the appointment of their own teacher, subject to the following restrictions and regulations:

1st. He (or she) shall be liable to be fined, suspended, or removed altogether, by the authority of the Commissioners, who shall, however, record their reasons.

2nd. He shall have received previous instruction in a model school in Dublin, to be sanctioned by the Board.

N. B. It is not intended that this regulation should apply to prevent the admission of masters or mistresses of schools already established, who may be approved of by the Commissioners.

3rd. He shall have received testimonials of good conduct, and of general fitness for the situation, for the Board.

The Board will be intrusted with the absolute control over the funds which may be annually voted by Parliament, which they shall apply to the following purposes:

1st. Granting aid for the erection of schools, subject to the conditions hereinbefore specified.

2nd. Paying Inspectors for visiting and reporting upon schools.

3rd. Gratuities to teachers of schools conducted under the rules laid down, not exceeding pounds each.

4th. Establishing and maintaining a model school in Dublin, and training teachers for country schools.

5th. Editing and printing such books of moral and literary education as may be approved of for the use of the schools, and supplying them and school necessaries at not lower than half price.

6th. Defraying all necessary contingent expenses of the Board.

I have thus stated the objects which His Majesty's Government have in view, and the principal regulations by which they think those objects may be most effectually promoted; and I am directed by the Lord Lieutenant to express his Excellency's earnest wish that the one and the other may be found such as to procure for the Board the sanction of your Grace's name, and the benefit of your Grace's attendance.

A full power will of course be given to the Board to make such regulations upon matters of detail, not inconsistent with the spirit of these instructions, as they may judge best qualified to carry into effect the intentions of the Government and of the Legislature. Parliament has already placed at his Excellency's disposal a sum which may be available even in the course of the present year; and as soon as the Board can be formed, it will be highly desirable that no time should be lost, with a view to the estimates of the ensuing year, in enabling such schools already established, as are willing to subscribe to the conditions imposed, to put in their claims for protection and assistance; and in receiving applications from parties desirous to avail themselves of the munificence of the Legislature in founding new schools under your regulations.

Add your school to the XO Chronicles Buildings