The Census of Elphin Diocese

The Census of Elphin was organized by the Bishop Edward Synge in 1749 to establish the numbers of Protestants and Roman Catholics in his diocese (which embraced most of County Roscommon, part of south-east County Sligo and part of north-east County Galway). The information contained in this “census” is extraordinary for such an early date. 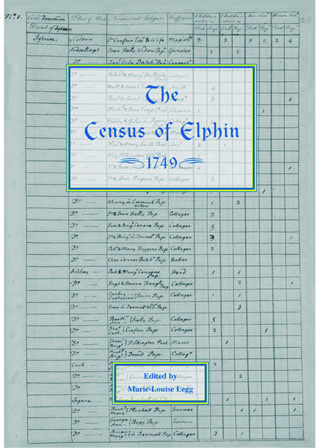 In 1749, Edward Synge (1691-1762), Protestant Bishop of Elphin, was anxious to know the proportion of Protestants to "Papists" (a name he used to refer to Catholics).   So, he arranged to have a census of population undertaken throughout his diocese. The census covers 69 parishes, and the major towns of Sligo, Roscommon, Boyle and that part of Athlone which is in County Roscommon.

Arranged by parish and townland, it lists the heads of households, with occupation, religion, the number and religion of their children, plus the number, sex and religion of each of their servants.  Some parishes supply the Christian name of the householder’s wife, others merely phrase the entry as “Peter O’Connor and wife”. All religious and economic classes were covered and the census appears very complete.  The document gives a unique insight into rural Ireland in the mid-18th century.

The Diocese of Elphin diocese covers most of County Roscommon, plus parts of County Galway and County Sligo:

This information can be viewed in the publication The Census of Elphin 1749 edited by Marie-Lousie Legg, with a statistical analysis by Brian Gurrin, published in 2004 by the Irish Manuscripts Commission.

It can also be searched online at findmypast.ie (This dataset includes records for 19,820 households in the Diocese of Elphin in 1749. The data is accompanied by digitised images of the full publication).