2019 marks the 65th anniversary of the Clarinbridge Oyster Festival. 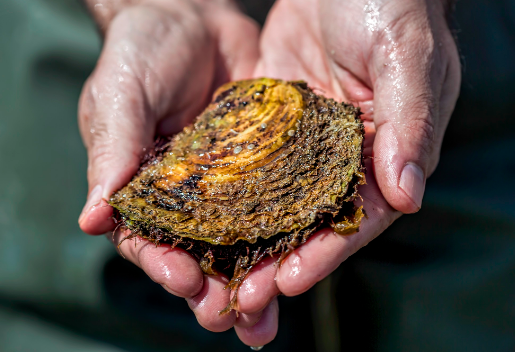 The Clarenbridge Oyster Festival is a celebration of food, music, fashion shows, entertainment, and of course, Guinness in the village of Clarenbridge in county Galway. It was first established in 1954. The festivities consist of a diverse programme of events including golf tournaments, yacht races, a black tie ball, a beauty pageant, music, art exhibitions, and talks, as well as the oysters themselves for which the festival is named. The particular type of oyster which are found in Clarenbridge, the European flat oyster, is generally accepted as the best tasting in the world. They are able to thrive in Clarenbridge as the shelter of the bay protects them from the harsh storms and wild waves of the Atlantic coast. The people who harvest the oysters are known as Oystermen, and have learned their techniques from generations of expertise.

The small village of Clarenbridge is located at the mouth of the Clarin River, roughly 15 minutes outside of Galway City. The village grew around a market that would gather at the bridge. A triangular piece of land was granted to the village by the local landlords, the Reddingtons, for use as a marketplace. This pieve of land remains deviod of buildings today and acts as a green area in the middle of the village. The annual market day was revived in 1993 and now takes place every year on the first Saturday in September.

Since 1954, thousands of people have flocked from all over Ireland and abroad to enjoy the festivities. The RTÉ archives have historical footage of the Oyster Festival which can be accessed here.

In 2019, the week-long festival takes place from the 9th to the 15th of September. If you would like to attend the Clarinbridge Oyster Festival, or are looking for more information on this year's programme then please click here.