The Cromwellian War in Ireland (1649–53) refers to the conquest of Ireland by the forces of the English Parliament, led by Oliver Cromwell, who invaded Ireland with his New Model Army (on behalf of England's Rump Parliament) in August 1649. 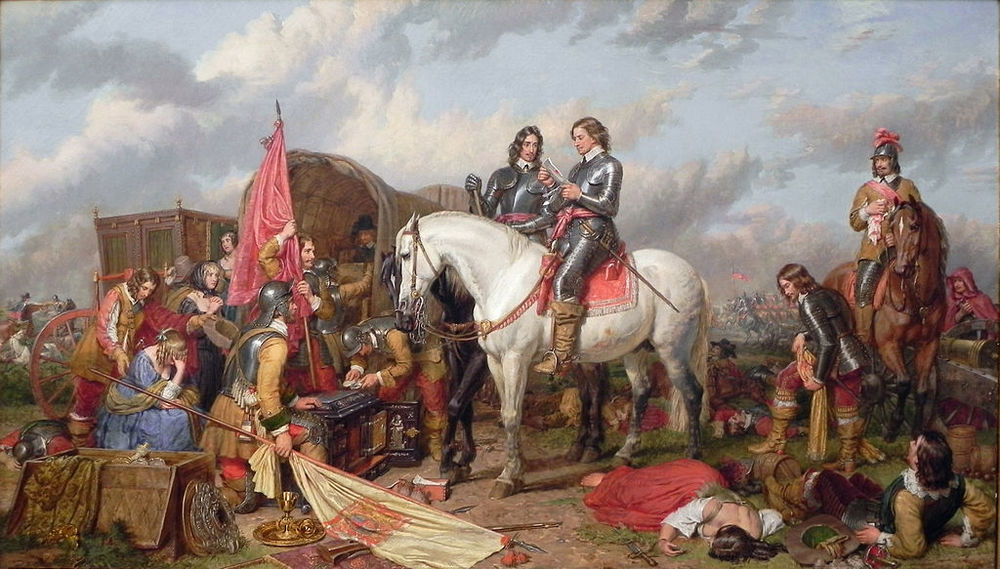 Since the Irish Rebellion of 1641, most of Ireland was controlled by the Irish Catholic Confederation. In early 1649, the Irish Confederates allied with the English Royalists, and Charles II (the exiled son of the executed Charles I). Their aim was to invade England and restore the monarchy there. This was seen by the new commonwealth as a threat that could not be ignored.  Also, since 1642, Parliament had raised loans (see the Adventurers Act) to subdue Ireland, on the basis that its creditors would be repaid with land confiscated from Irish Catholic rebels. To repay these creditors, it would be necessary to conquer Ireland and confiscate such land.

In 1649, the only remaining Parliamentarian outpost in Ireland was in Dublin under the command of Colonel Michael Jones. On August 2, 1649, Royalist officers led by James Butler, Earl of Ormonde gathered at Rathmines, south of Dublin with the intention of taking the city. Jones, launched a surprise attack on the Royalists which was successful in putting them into retreat. With the Dublin port secure, Cromwell landed on 15 August with thirty-five ships filled with troops and equipment. Cromwell proceeded to take the other port cities on Ireland's east coast, to facilitate the efficient landing of supplies and reinforcements from England.

Thus followed, the Seige of Drogheda and with it a terrible massacre of extreme cruelty. Having taken Drogheda, Cromwell moved south to secure the southwestern ports. See the Sack of Wexford, the Siege of Waterford,and the Siege of Clonmel.  Having taken eastern and southern Ireland, Cromwell left Ireland in May 1650, passing his command to Henry Ireton