The Down maps are taken from the Down Survey which was the measurement of every townland to be forfeited to soldiers and was conducted under the direction of William Pettey in 1656-8. 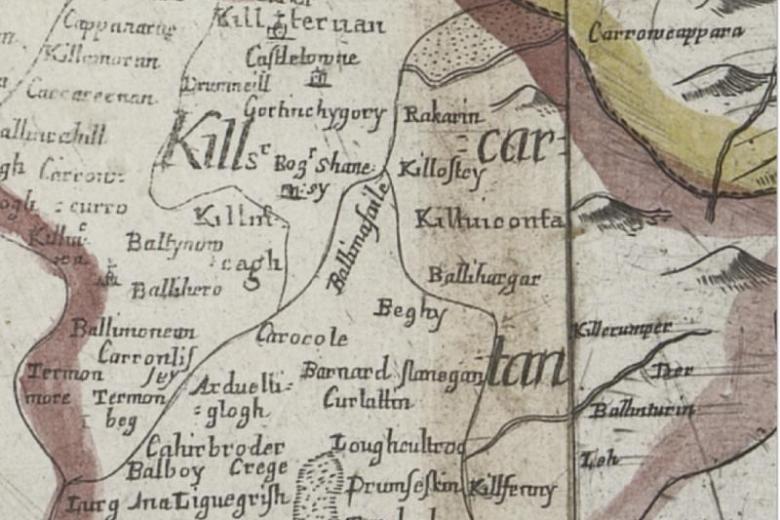 The maps were made at a scale of 40 perches to one inch (the modern equivalent of 1:50,000), and were the first systematic mapping of a large area on such a scale attempted anywhere.

Their aim was to record the boundaries of each townland and to calculate their areas with as much accuracy available to them at that time.  The maps are rich in details such as churches, roads, rivers, castles, houses and fortifications.