'Ailfinn' from which Elphin takes its name, refers to a large obelisk, which stood by a well here. It is recorded as having fallen down in 1675AD. 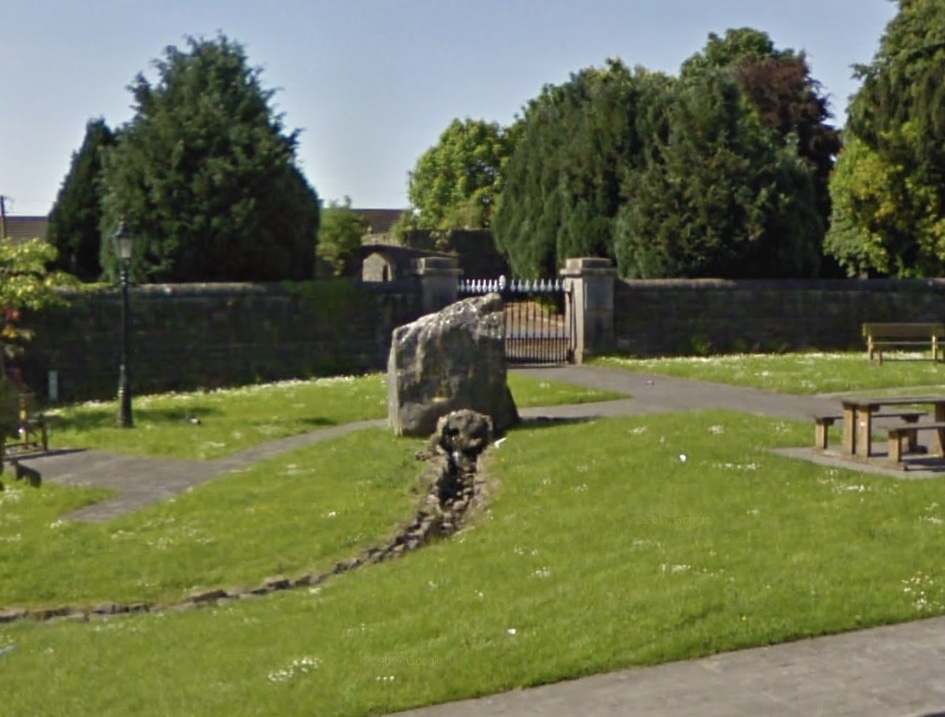 The lords of medieval district of Corachlann, Ida and Ono (aka Id and Hono) were druids.  Ono presented his druidic fortress Imleac-Ono (aka Emlach Onand) to St. Patrick, who converted it into the religious house of Elphin (the Episcopal See of Elphin).

THE WHITE STONE / The Bright Stone

According to O'Donovan, Ailfinn aka Oilfonn, was a stone believed to have been thrown by Fionn Mac Cumhaill from a distance 6 miles east, at Clooncraff. It is not unlikely that this was deemed a ‘sacred stone,’ from which the fountain at Elphin flowed, and that it was worshipped by the Druids as the god of the waters.

It is told that St. Patrick took this white stone up out of the fountain, which he blessed at the same time. The rock remained on its margin in front of Imleac-Ono, and hence gave its name  to the church, the parish, and the diocese—that is Ailfinn [Elphin]—the Rock of the Clear Stream, from which the apostle had raised it.

There has been a Christian cathedral on this site since the late 12th century. It was burned in 1235, but rebuilt again. During the Reformation of King Henry VIII, it came into Protestant hands.

The stone of Elphin fell in 1675, and the ancient church of Elphin was replaced by St Mary's Cathedral in 1749.  However, the fountain flowed for ever clear and strong before the door of the ‘new’ Protestant cathedral, the ruins of which still stand today on the site of the edifice founded by St. Patrick.

Within the Fair Green, which forms part of the entrance into the Cathedral site, a pre-historic standing stone and St Patrick’s well can be found today.