During the winter of 1636, a ship left Kinsale bound for the plantations of Barbados. Aboard this vessel, commanded by Captain Joseph West were 61 Irish men and women on forcible deportation as indentured servants. 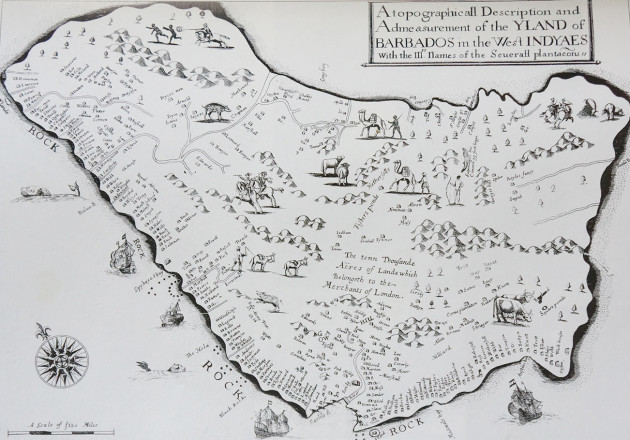 By the time Captain West's ship arrived in the Caribbean in January 1637, eight of the 61 had died. The remainder were sold, including ten to the governor of Barbados for 450 pounds of sugar apiece.  SOURCE

In the early decades of the 17th century, when England began to develop lucrative tobacco and sugar plantations in the West Indies, official accounts of Irish people arriving in the Caribbean began.  Most were brought involuntarily, likely kidnapped by press-gangs in the vicinity of the principal ports in Munster. (But some Irish, particularly in Monserrat and Jamaica, were planters themselves).

The working conditions on these plantations were especially harsh. First-hand accounts indicate that indentured servants were

While indentured servants worked the fields alongside slaves, their legal rights were distinctly different:

These fair-skinned field workers became known as Redlegs. As African slavery grew in importance in the British colonies, the practice of indentured servitude dwindled, bringing the Redlegs closer to destitution. Some were relocated to the Doresethill district of St Vincent but about 400 Redlegs still exist in Barbados today.

R&B icon Rihanna aka Robyn Fenty is of Redleg descent on her paternal side. The name Fenty (a variation of Fenton) originates from the parish of Middelton in Cork.