Ireland wins the Eurovision Song Contest for the first time

Dana's "All Kinds of Everything" win in 1970 heralded the beginning of Ireland's winning streak in the Eurovision Song Contest (est. 1956). With a total of seven wins so far, Ireland has been the most successful country in this international contest, and is the only country to have won three times consecutively. 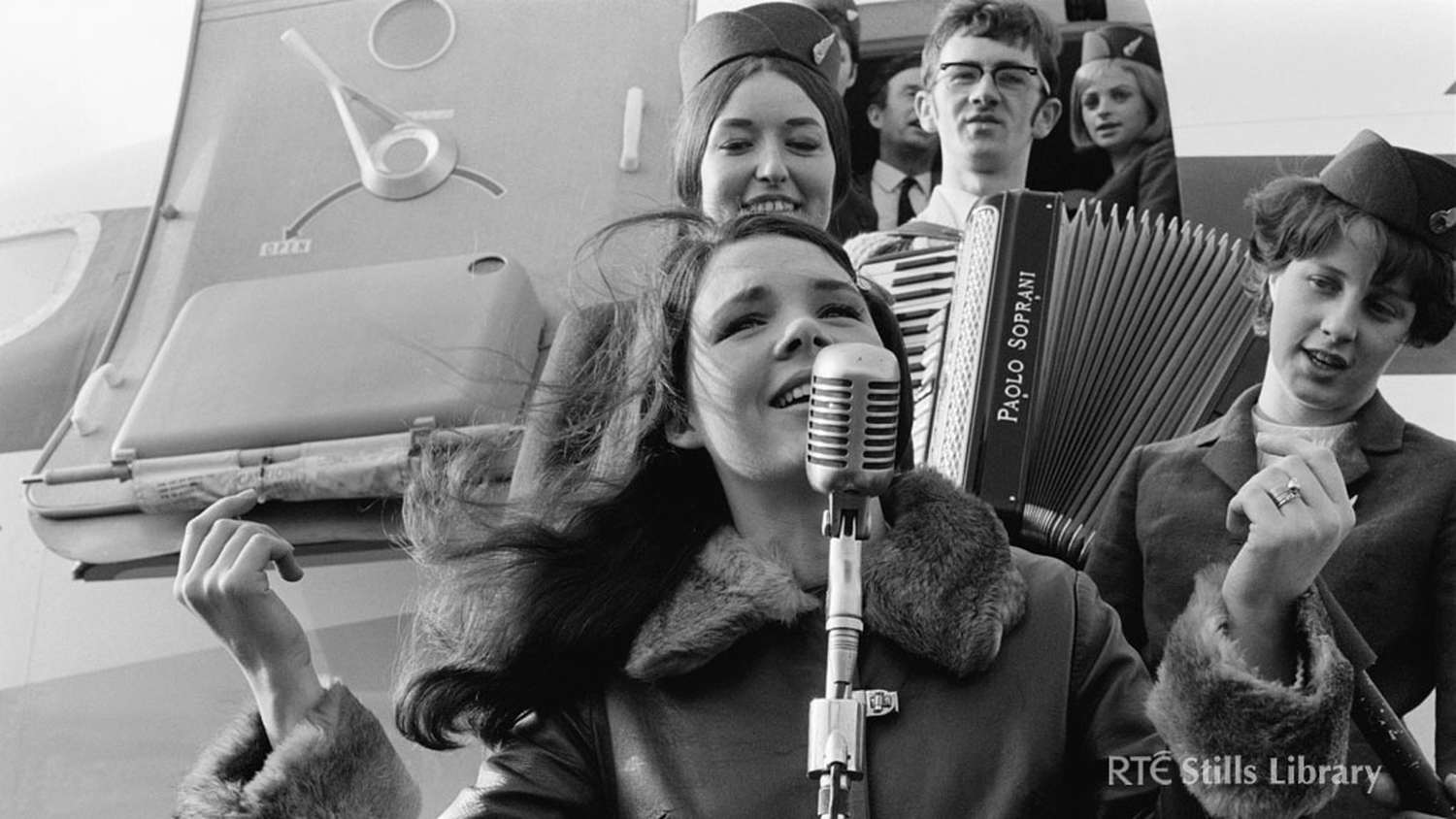 "Dana", Ireland's first famous Derry girl, was an eighteen-year-old schoolgirl when she won the contest that put Ireland on the Eurovision map.  Christened Rosemary Brown (now Dana Rosemary Scallon) she adopted her school nickname, Dana, as a professional name when her singing career kicked off in 1967.

Dana Rosemary was born in England (North London) where her musical parents, Robert Brown and Sheila Sheerin, had emigrated to find unemployment after the war. When she was five, her parents moved back to Ireland and she grew up in Derry's Creggan housing estate, and later in the Bogside.

In December 1969, Dana won the National Song Contest with "All Kinds of Everything" composed by two Dublin printworkers, Derry Lindsay and Jackie Smith. Just before the 1970 Eurovision contest began, the single (arranged by Phil Coulter) was released and shot to #1 in the Irish singles chart where it stayed for nine weeks. The song went on to sell more than two million copies. It was particularly successful in England, Australia, Austria, Germany, Israel, Malaysia, the Netherlands, New Zealand, Singapore, South Africa, Switzerland and Yugoslavia.  Nostalgia trip, here we come ...

Dana sings "All Kinds of Everything" at Eurovision 1970