During the Irish Civil War, the Public Records Office was ravaged by fire following an explosion in the west wing of Dublin's Four Courts. 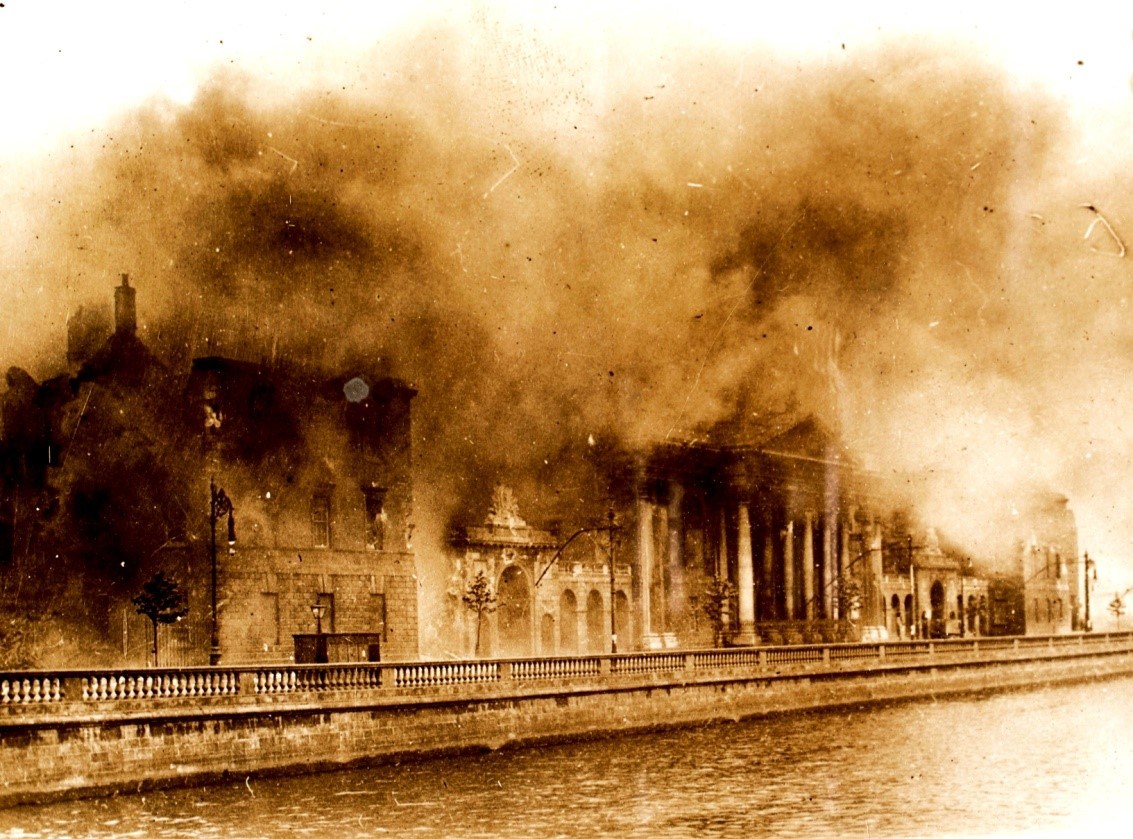 As a result of the 1922 Four Courts Fire,  the most famous and far-reaching loss of Irish genealogical record treasures occurred. The interior of the Four Courts (b.1802) was seriously damaged and the central dome collapsed.
What was lost /destroyed in this fire ?

While this catastrophic event has made 19th-century ancestral research challenging, all was not lost...

National Archive Records that are searchable online can be found here.

ADD your own local history TIMELINE