Kilbeagh parish in the 1830s 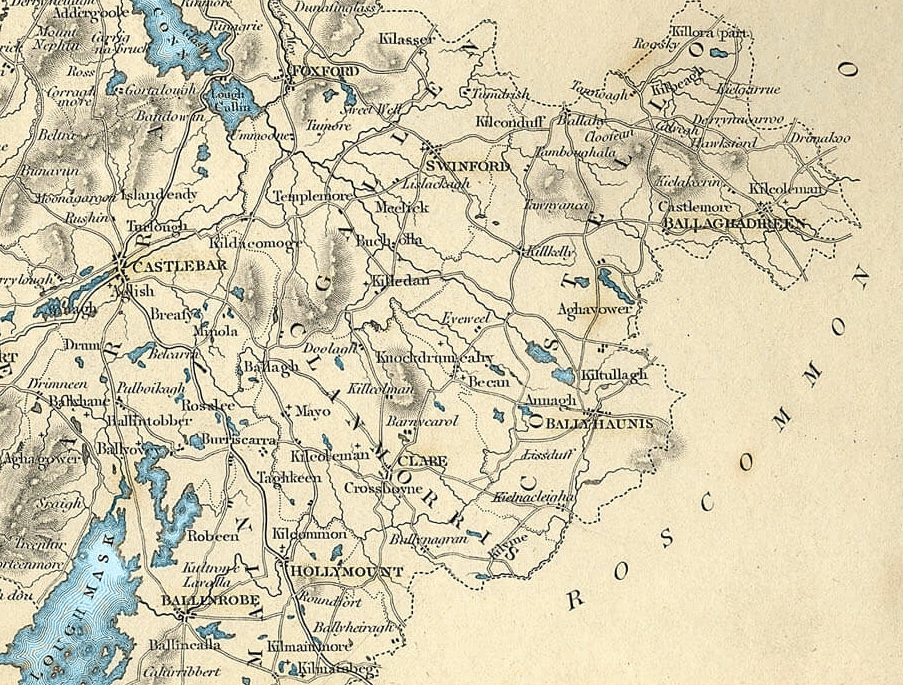 KILBEAGH, a parish, partly in the barony of LENEY, county of SLIGO, but chiefly in that of COSTELLO, county of MAYO, and province of CONNAUGHT, 4 miles (W. by N.) from Ballaghadireen, on the road from that place to Swinford; containing 8790 inhabitants.

It contains 7405 statute acres, as applotted under the tithe act, with very large tracts of bog and mountain; the soil is poor, and not well cultivated. There is plenty of limestone and some freestone.

It is a constabulary police station; and a manorial court is held monthly at Carra Castle. Here are large warehouses for iron, timber, etc., belonging to Mr. Dalton.

The gentlemen's seats are:

The parish is in the diocese of Achonry; the rectory is impropriate in Viscount Dillon, and the vicarage forms part of the union of Kilconduff.

In the Roman Catholic divisions this parish forms the unions or districts of Kilbeagh and Carra Castle, in each of which there is a chapel.

About 210 children are educated in two private schools.

Here are the ruins of an old church, in a burial-ground that is still used.