Kilmoremoy BALLINA in the 1830s 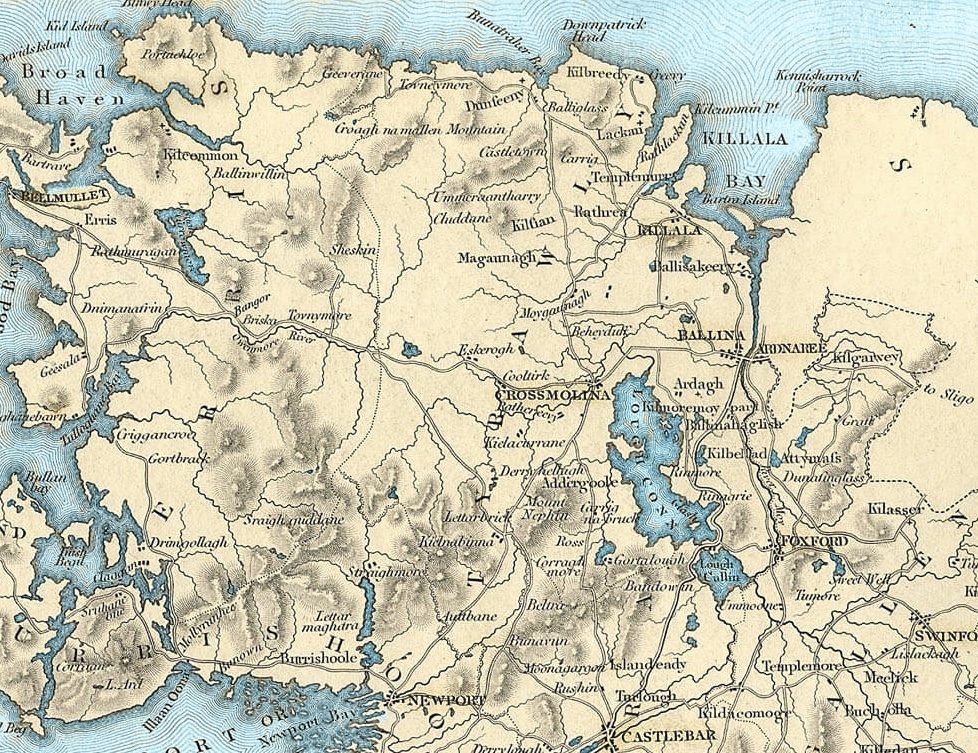 KILMOREMOY, a parish, partly in the barony of Tyreragh, county of Sligo, but chiefly in that of Tyrawley, county of Mayo, and province of Connaught, on the river Moy; containing, with the market and post-town of Ballina and the town of Ardnaree (both of which are separately described), 14,586 inhabitants.

Here is much bog, and agriculture is in a backward state.

It is a vicarage in the diocese of Killala, forming part of the union of Ardagh; the rectory is appropriate to the precentorship of Killala cathedral.

The R.C. parish is coextensive with that of the Established Church and has a handsome unfinished cathedral at Ardnaree.

Here are places of worship for Baptists and Wesleyan Methodists.

There are eight public schools, to one of which the Rev. Mr Hueston subscribes £20 per annum, and in which about 520 children are educated; and nine private schools, in which are about 370 children.

Here are a cromlech, and the remains of an ancient castle, which gives name to the village of Ardnaree, or "the king's height; and some ruins of the old church, with a burial-ground attached.