National Day of Mourning for Victims of 911

In the wake of the 9/11 attacks carried out by the Islamic terrorist group Al-Qaeda, Ireland was one of only 3 countries to hold a National Day of Mourning. 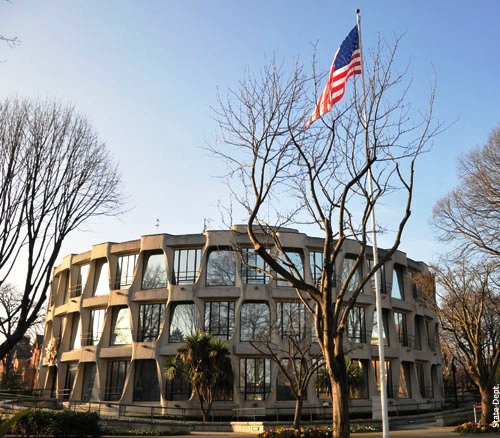 It was late lunchtime in Ireland when news of the disaster began to filter through on September 11, 2001. At 8.45am New York time (1.45 pm in Ireland) American Airlines Flight 11 crashed into the north tower of the World Trade Centre. Overall, an estimated 1,000 victims who died in the 9/11 attacks had Irish-American links, but just six were born in Ireland.

The first certified casualty of the September 11 attack was an Irish-American priest, Father Mychal Judge, whose family came from Keshcarrigan, Co Leitrim. Among the Irish-born victims were Galway woman Ann Marie McHugh, who was working on the 84th floor of the South Tower, and Tipperary carpenter Martin Coughlan, who was refurbishing offices in the same tower.

On 14 September 2001 Ireland held a National Day of Mourning to show support for the United States of America. Schools and businesses closed across the country and all sports, public functions and entertainment were cancelled.

Thousands of people took the opportunity to sign books of condolence in the Embassy of the United States of America in Ballsbridge, Dublin. At one stage Gardaí estimated the numbers in the queue to be over 4,000 and the Embassy became a shrine of flowers and messages of comfort.

READ MORE: The US Embassy Dublin

At 3 pm the pipe band of the Dublin Firebrigade led 250 firefighters to the gates of the Embassy to lay floral wreaths in tribute to their colleagues in New York who perished in the explosions and their aftermath. The US Ambassador Richard Egan addressed the crowd afterwards saying "The expression of sympathy from the people of Ireland has been overwhelming...I am very proud to be an Irish American".