Roscrea Castle is a 13th-century motte castle in the town of Roscrea, Ireland. The Castle consists of a walled courtyard, gate block, and angled towers. Along with 18th century Damer House and gardens, the Castle forms part of Roscrea Heritage Centre. 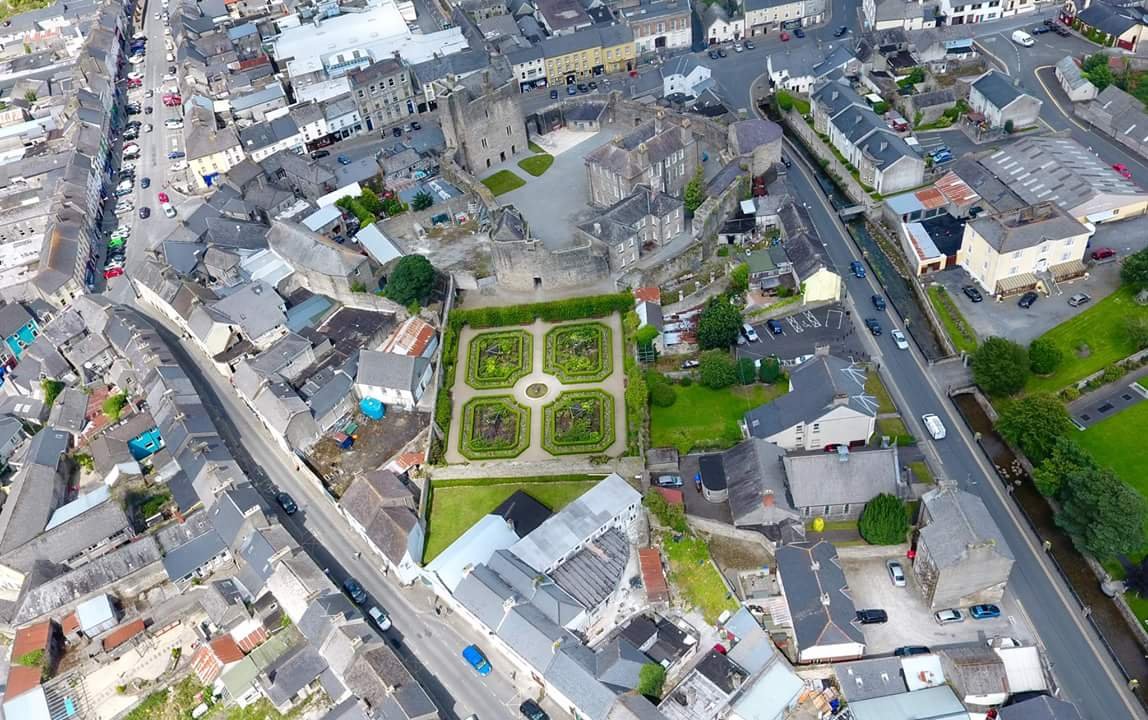 Construction was overseen by the Justiciar, Henry of London, and formed part of John's efforts to solidify his conquest of Ireland, particularly the midlands and southern counties.[4][5][6] In 1315, the castle was granted to the Butlers of Ormond who held it until the 18th century. In 1646, the castle and town were stormed by Owen Roe O'Neill during the Cromwellian conquest of Ireland. The castle fell to Cromwell in 1650 and was used for a short period by Cromwell's son-in-law Henry Ireton. In 1703, the Castle was sold to the Royal Hospital Kilmainham by the Duke of Ormonde. It was purchased by local merchant John Damer in 1722 and later passed down to the Earl of Portarlington. It was used as a barracks from 1798, housing 350 soldiers, and later served as a school, library, and tuberculosissanatorium. The Castle fell into disrepair in the 19th century, with a roof collapse which necessitated extensive repairs in the 1850s. It was named a national monument in 1892 and is registered as National Monument number 211