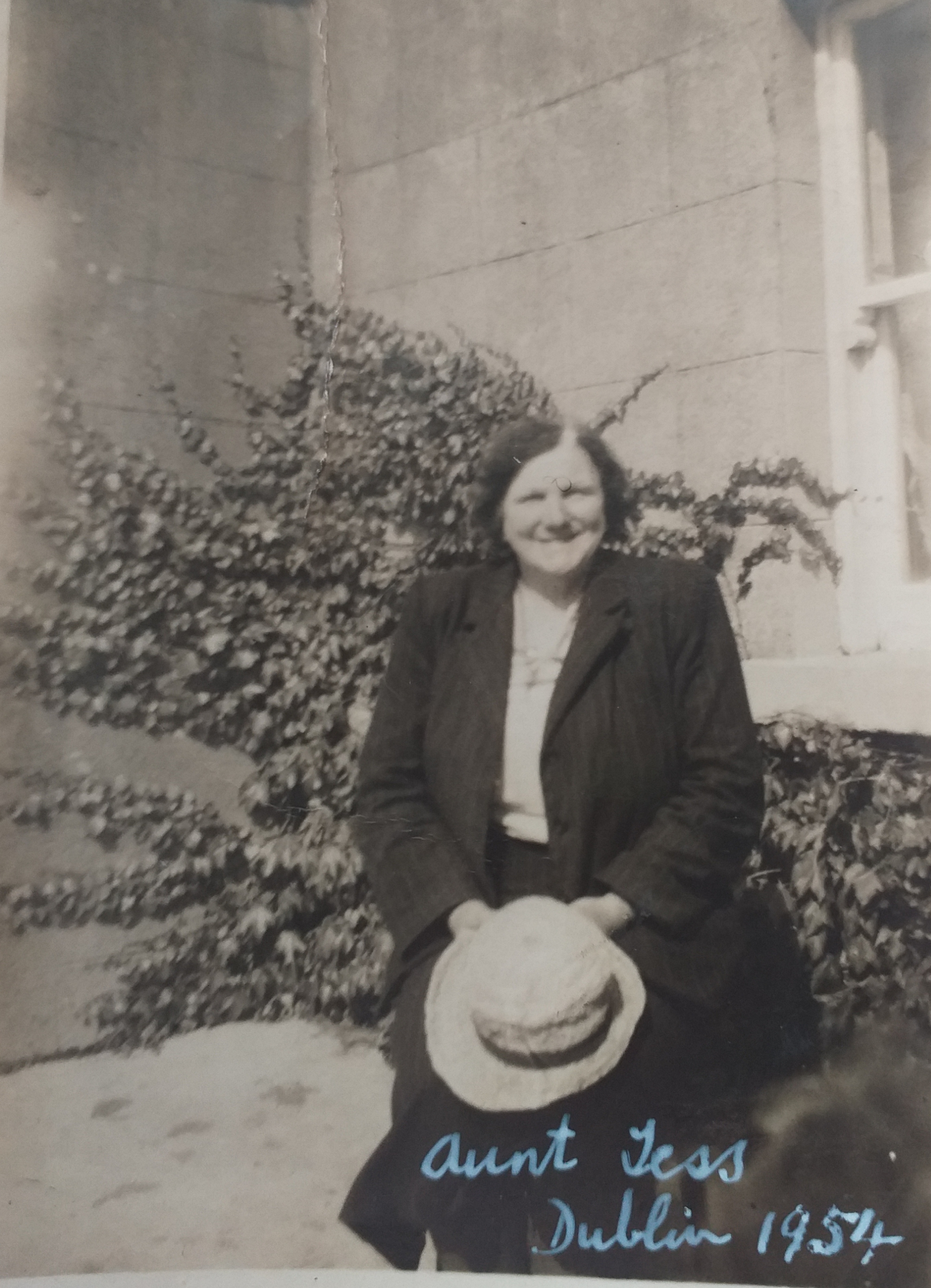 Tess was born at Pollymount, Strokestown, Co Roscommon to James McDermott and Bridget Mary Feeny. Tess trained as a nurse and later ran a haberdashery shop in Bridge Street Strokestown. In later life she came to live with her niece Joe Lavin Lawler in Dublin. Tess was godmother to Joe’s daughter Fionn. This relates to Teresa MacDermott's successful application for a military service pension in respect of her service with Cumann na mBan (The Women's Council) for parts and full periods between 1 April 1920 and 11 July 1921. She was awarded 1 and 5/12 year of service for pension purposes in April 1943. Applicant states she joined Cumann na mBan in 1917 in Dublin. For the first years (1917-1918-1919), she travelled between Drogheda and Strokestown, County Roscommon (her native county). Eventually, in 1919 she came to Strokestown as a trained nurse. (She had worked as a nurse in the County Hospital, Drogheda from before 1916). She brought some messages in 1917 to Sean MacEoin. From 1919 to 1920 she helped collecting arms and carried dispatches (brought them to the Boyle area to P Brennan, Captain Nabola and back to Strokestown and to Frank Simons and Luke Duffy in Roscommon town). Carried arms prior to the Truce. She gave first aid lectures to Cumann na mBan in Scramogue, Ruskey, Cloonfree, Tarmonbarry and Curraghroe. Collected funds for the Flying Column and procured First-Aid dressings. She helped wounded men during the Civil War. File contains material relating to the pension application, its payment to the applicant; application for pension (completed and dated 29 December 1942 ); reference letters from Joseph Carr, Frank Simons, Martin Fallon, Sean MacEoin, Luke Duffy, Patrick Mullo[l]y, Sean Leavy , Brian Nangle, L Duffy, Sean Healy, Hugh Keegan, MR O'Connor; typed summary of sworn evidence given before the interviewing officer on 3 February 1943; life certificate dated June 1943. Sean Leavy was a brother in law of Tess' sister Mary Anne Lavin; Hugh Keegan was husband of her sister Margaret. There were other MacDermotts involved but we can’t say If they were direct relations. All these people were involved in the War of Independence.