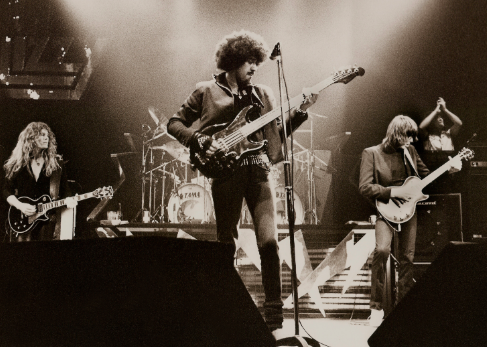 On the 19th of December, 1972, Dublin-based rock band Thin Lizzy reached the coveted number one spot on the British music charts with their song, 'Whiskey in the Jar'.

The song would later be covered by Metallica.

The group would go on to acheive great success with their albums being remembered as some of the best from the Irish music scene.

Charismatic frontman Phil Lynott is commemorated in his native Dublin town by a statue erected in his honour.