10 Key Facts About the Formation of the Irish Free State

The 100th anniversary of the establishment of the Irish Free State took place on December 6th 2022. There was no national event or celebrations to mark the day largely due to its role in the continuation of the Irish Civil War and the fact that 6 counties remained partitioned. 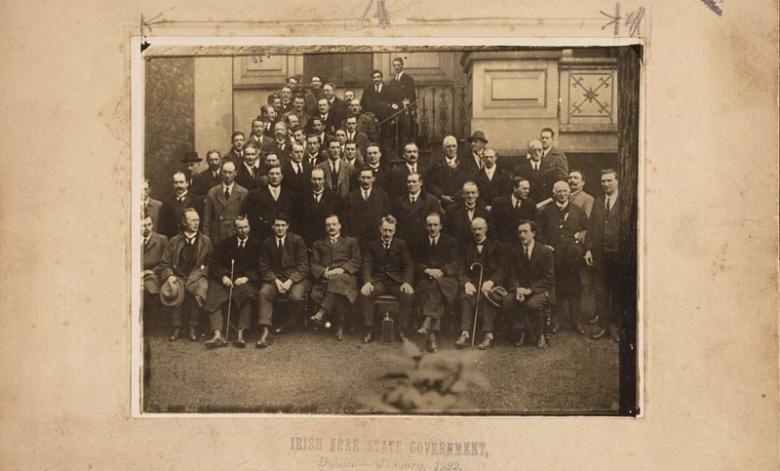 Against the backdrop of the Anglo-Irish Treaty which was signed in December 1921, the Irish Free State was formed on December 6, 1922. Ireland then shared the same constitutional status as Canada and other dominions in the British Commonwealth. The signing of the treaty in 1921 was repugnant to most republicans and led to the resignation of Éamon de Valera. It also led to the splitting of the IRA, with the majority of its members opposing the treaty and the formation of a provisional government that ruled from January 1922 until December 6 1922. What followed was a deadly civil war claiming almost 1,000 lives. The most famous of these was Michael Collins. He was succeeded by William Thomas Cosgrave, who became the first President of the Irish Free State. The day before, Cosgrave told journalists 'The future is full of hope", and 'we are rapidly nearing the end of our troubles and in a very short time all will be well'.

10 Facts About the Formation of the Irish Free State

Fact #1 Ireland had been under foreign control since the Norman Invasion of the 12th century. This marked the beginning of more than 800 years of English political and military involvement in Ireland.

Fact #2 It was the Anglo - Irish Treaty negotiated and signed exactly a year earlier in December 1921 that gave way to the formation of the Irish Free State. The Treaty was signed by British Prime Minister David Lloyd George and by representatives of the Irish Republic including Michael Collins and Arthur Griffith.

Fact #3 The signing of the treaty marked the beginning of the Irish Civil War (28 June 1922 – 24 May 1923) which was eventually won by the pro-treaty side. For records pertaining to the Civil War visit Military Archives here

Fact #4 There were three key components of the new constitution fiercely opposed - (1)The status of Ireland as a dominion of the Empire - (2)The Oath of allegiance to the Monarch of England for Irish TD's (elected Irish government officials). This was subsequently removed in 1932 - It read I (name) do solemnly swear true faith and allegiance to the Constitution of the Irish Free State as by law established, and that I will be faithful to H.M. King George V, his heirs and successors by law in virtue of the common citizenship of Ireland with Great Britain and her adherence to and membership of the group of nations forming the British Commonwealth of Nations..- (3)Role of the King in approving Irish Law.

Fact #5 Ireland's first few days as a free state were bloody ones - Four republican prisoners were executed for the murder of pro-treaty TD Sean Hales. Rory O’Connor, Liam Mellows, Richard Barrett, and Joseph McKelvey were summarily shot without even the pretense of a trial on the morning of December 8th, 1922. This shocking act caused the Labour leader Tom Johnson, who was also the leader of the opposition, to tell the government that it had almost “killed the State at its birth”.

Fact #6 For 24 hours, on December 6th, 1922 Ireland was both united and independent. The Parliament of Northern Ireland voted to opt out of the Free State and return itself to the United Kingdom

Fact #8 The first ever Irish stamp design marked the new State and can be seen below (left). During the period of the provisional government and prior to the Irish Free State, British stamps were used in Ireland. From early 1922, the words, "Rialtas Sealadach na hÉireann 1922" (Provisional Government of Ireland 1922) or "Saorstát Éireann 1922", were printed over English stamps (see middle and right image below) to indicate an independent Irish postal system. Control of the Postal system transferred from British to Irish authorities on March 31st, 1922. 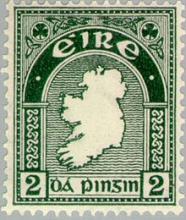 Fact #10 December 6th is also the day Finland declared independence (1917) and is an annual holiday there celebrated with elaborate festivities.