Many Irish people are astounded to learn that there is a large and thriving community of the Irish diaspora in Argentina. Many of the Irish-Argentine families are descended from those who left Ireland in the 19th century. In many cases these were highly concentrated migration programmes from specific counties, mainly Wexford and Westmeath. Read below about two priests who encouraged the Irish to follow them to Argentina, and one success story of the man who had a town named in his honour. 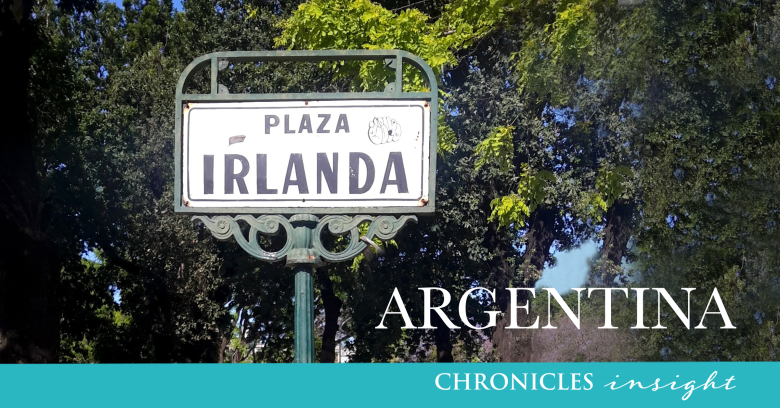 Father Anthony Dominic Fahy was born in County Galway in 1805 to Patrick Fahy and Belinda Cloran. Many of the Fahy children pursued lives in the Church.

When he was 22, Anthony entered the Dominican Order and spent his first year in Athenry, County Galway. He then went on to study theology and philosophy in Rome where he was ordained in 1831. Three years later, Fr Fahy embarked upon his first mission to Somerset, Ohio, but returned to Ireland after just two years due to poor health. Once recovered, Fr Fahy was anxious to return to the missions, but it would be some time before the opportunity arose again.

In 1844, at the age of 39, Fr Fahy left for Argentina where it was intended that he would minister to the growing Irish community in Buenos Aires. He was extremely diligent in his duties. Not only did Fr Fahy tend to the spiritual needs of his flock, but he also provided marriage counselling, financial advice, interpretation services, and even served as a matchmaker. He also assisted in growing the Irish community by arranging for a group of girls from his native Loughrea to emigrate to Buenos Aires. Not one to forget his roots, he also established a famine relief fund for the destitute Irish back home. In his letters to the Archbishop of Dublin he advocated for Argentina as an ideal destination for those Irish who wished to escape the poverty and hunger at home. He also sent a large sum of money to All Hallows College in Dublin with the specific intent that it be used to educate priests to be sent to Argentina.

Fr Fahy died in Argentina of heart disease while tending to the sick in 1871.

On the 13th of April, 1844, the 12 young men left Kilrane for Argentina. Their journey was immortalised in the song, 'The Ballad of the Kilrane Boys'. Among these men was John James Murphy, born in Kilrane, County Wexford in 1822. In total the journey took until the 25th of June 1844. This included the walk from Kilrane to Rosslare and a stop off in Liverpool before making the arduous crossing.

Though John arrived with only £1 in his pocket, his natural talent for industry saw him make important connections with both the British merchants and the Irish Catholic priests. He worked hard, digging ditches and as a tenant farmer for a number of years, carefully saving what he could.

On the 27th of May 1867, John married Ellen Roche who's sister was married to John's brother.

By 1869 John was a prominent land owner. He was a dedicated sheep farmer who sacrificed all of his time, and even his health for his animals. Later in life, when he returned home to Kilrane to visit his mother, she was horrified to see him so changed by time, hardship, and a battle with smallpox that had left him disfigured.

In 1878 John returned to Ireland to take over the family farm. However tragedy struck when two of his children died. He made the decision to leave with his family for Argentina, and this time they would not be back.

The Murphy family sailed for Argentina in January 1882. John bought more land and continued to farm until old age caught up with him. At this point he leased his land to other settlers.

John James Murphy died on the 13th of July 1909 after a short battle with pneumonia. He was 87 years old. Long after his death, his legacy lives on, as in 1966, the area of land which he had owned became a settlement which is today called Murphy.

Patrick Dillon was born in Tuam, County Galway in 1841. His parents were John Dillon and Julia Rigny. He was schooled in County Offaly before attending the seminary at All Hallows College in Dublin city. The entire Dillon family had strong connections with Argentina, as one of Patrick's uncles had already emigrated there, and his brother was responsible for managing a government organised colonisation scheme. It therefore comes as little surprise that the newly ordained Fr Dillon found himself on South American shores.

In 1865 Fr Dillon arrived in the Falkland Islands as a missionary, and a year later settled in Buenos Aires. By 1871 he was named the Irish Chaplain of Buenos Aires. He set about establishing a number of legacy projects. In 1875 he founded a Catholic Newspaper called The Southern Cross. Then just a year later in 1876 he founded St George's College, for English speaking boys, mostly of Irish heritage.

The next venture for Fr Dillon was into the world of politics. In 1883 he was elected as a National Senator. In this role, he was responsible for the arrival of many more Irish people in Argentina, as he spearheaded an assisted migration campaign. However, there was some controversy involved as those running the scheme were receiving a payment for each new arrival from Ireland. It would also seem that those who were convinced to relocate were of the poorer classes and were deceived into believing that a life of less hardship awaited them in a new land.

Fr Dillon died in Ireland on the 11th of June 1889. He is buried in Dublin's Glasnevin Cemetery. His newspaper, The Southern Cross is still in publication.

The Irish in Argentina Today

Today the Irish-Argentine community is estimated to number between 500,000 and 1,000,000. They are largely found in Buenos Aires and the surrounding provinces, and their history is documented by the Society of Irish Latin American Studies. Of course not every Irish migrant to arrive in Argentina was as fortunate as those discussed here, such as James Boyle who was acquitted of the brutal murder of his wife because he had been ‘driven mad with drink’. Or indeed the later arrivals who escaped the Irish famine only to discover that the cheap land promised to them in Argentina had already been bought up, leaving them to eke out a meagre existence in the cities. However, the Irish remained in Argentina to form what is now the world’s largest Irish community in a non-English speaking country. 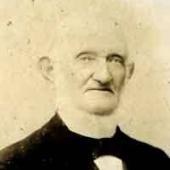 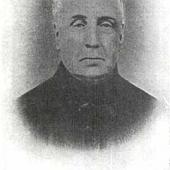 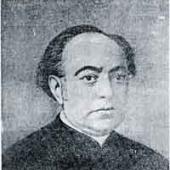 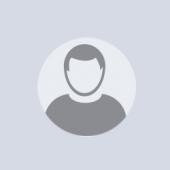 The IrelandXO Chronicles bring to life the heritage of a community by documenting the people, the buildings and the events that existed at any time in the history of the parish. We invite all people of Irish ancestry, both in Ireland and around the world, to bring to life the heritage of every Irish community by recording what they know about our ancestors, the buildings they lived in and the events that shaped their lives.

Find out more and create your own Chronicles