New York City boasts a proud and prominent Irish Diaspora. As a transport hub from the earliest days of migration, for many Irish Americans, New York is the place where their ancestors’ feet first touched American soil. This special relationship between Ireland and New York has wound its way into our cultures on both sides of the Atlantic in the form of songs, poems, stories, and in more recent years, tv and movies. 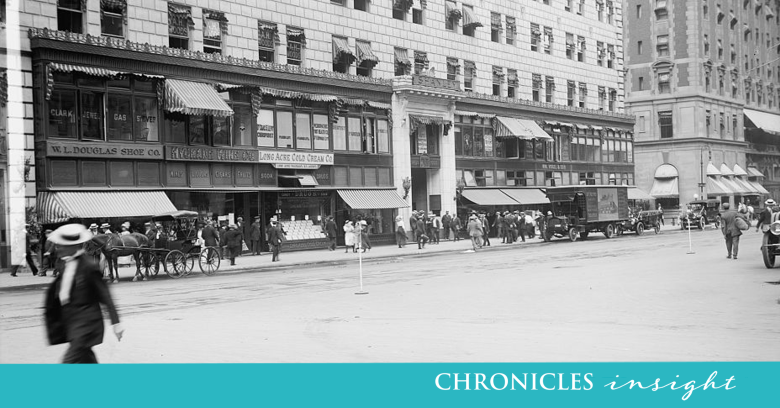 Today the connection between Ireland and New York is celebrated at the annual Great Irish Fair of New York which takes place each September. Countless Irish people have passed through the streets of New York, with many settling in the great city where their families still live today many generations later. Let us take a look at some interesting characters from this historical diaspora.

Henry Ogle was born at Curragh, Ballinasloe, Co. Galway in 1824. His parents Henry and Jane worked an average sized farm and would have been deemed to be a middle-class Protestant family.

Henry Ogle is recorded as working as Assistant Master at Ballinasloe Workhouse in 1849. In 1850 he took up the role of Master at Portumna Workhouse. The arrival of a missionary priest Fr. Patrick Donnellan in 1862 exposed the maltreatment of the paupers under Ogle’s care at the Workhouse. A series of inquiries ignited a trail of events that would lead to Henry Ogle absconding from Portumna under a shroud of mystery.

The disappearance of Ogle remained a mystery until 2018 when in-depth research was undertaken by local Portumna historian, David Broderick, to finally find Henry Ogle. It was discovered that the missing Workhouse Master secretly made his way from Portumna to Dublin and then sailed to Liverpool. Before boarding a ship to New York, he wrote to his wife Mary Jane Duffy (who was the Matron of Portumna Workhouse) informing her to wait on further instructions.

Ogle arrived through Castle Gardens on June 24th 1865 and six months later Mary Jane followed Henry along with their children to begin a new life in New York City. There Ogle worked as a clerk. The family appeared to be doing well in New York, but were dealt a devastating blow in 1877, when Henry Junior died at the age of 12.

Henry Ogle, while avoiding punishment for his shady dealings in Ireland did not live out his years in comfort in New York. He in fact ended up as a patient in an asylum on Wards Island suffering from senile dementia. Contemporary accounts of conditions in these asylums are strikingly like those endured by the paupers at Portumna Workhouse during Ogles reign.

Henry Ogle died on Wards Island on April 9th, 1896. He is buried with his wife in Woodlawn Cemetery in the Bronx.

Patrick Draddy was born in Meenoughter, Dangandonovan, County Cork in 1780. He was the brother of John Draddy, the noted Irish scholar and stone carver also known as Seán Ó Dreada.

Patrick relocated to the United States in 1811. He appears in the New York City directories in 1822 as a grocer on Wall Street. Sometime between 1835 and 1836 Patrick opened a junk shop at 155 South Street which he ran from 1838 until his death.

Patrick Draddy died on 20 August 1856 and was buried in a family plot in Calvary Cemetery, Woodside, Queens County, New York.

Lastly, we come to another runaway, though not quite as nefarious as Henry Ogle. Honora, also known as Nora, Fitzgerald was born in Listowel, North Kerry, on 24 August 1874. Her parents were Michael Fitzgerald, a horse trainer, and Mary Prenderville.

Oral history from Nora to her grand-daughter tells that Nora's mother died when she was young. Her father placed her in a convent to be schooled. Upon her father's death, reportedly in a steeplechase race, Nora ran away from the convent and crossed the Atlantic Ocean to America. Though she was one of three children born to her parents, no mention of her siblings was ever discussed in her family lore. Her parents' names were only uncovered when her wedding certificate was located.

Nora arrived in New York City on the 6th of April 1892. She went to work as a seamstress for a Mrs. Snow in NYC. She would marry a Scottish migrant named George Howe in 1897. He was a builder and architect. They would go on to have 3 children named George Jr., Eva and Gladys Marie. Her husband sadly lost everything when his building partner stole all he had, leaving him in debt. They would leave New York City and head to Greenport NY,  just outside of Hudson. There George built 2 homes on Howe Rd, in one of which he and Nora raised their children, and subsequently their granddaughter.

Nora died in August of 1945, the same month as her youngest daughter, Gladys Marie. Nora, George and their 3 children are buried in Greenport at Mount Pleasant Reformed Church Cemetery.

Today just over 5% of the population of New York City identify as having Irish ancestry. A number of Irish communities can be found throughout the five boroughs, but particularly in Brooklyn and Queens. There is a strong tradition of Irish American involvement in the NYPD and the FDNY, but also in the governing of the city as New York has had as many as 12 mayors of Irish birth or blood. Though it is hard to imagine two places more different than the rolling green hills of Ireland and the bustling metropolis of New York City, they are inextricably linked in the minds and the hearts of the Irish who call New York home. 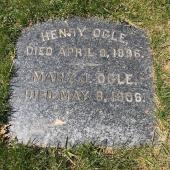 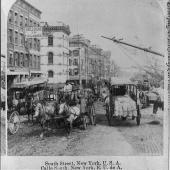 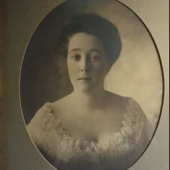