Queen Victoria is often remembered in Irish history books as ‘The Famine Queen’. In 1849 she came to Ireland on a state visit to see for herself what the situation on the island was really like. She would become enamoured with Ireland, resulting in her returning not once, but three more times during her lengthy reign. 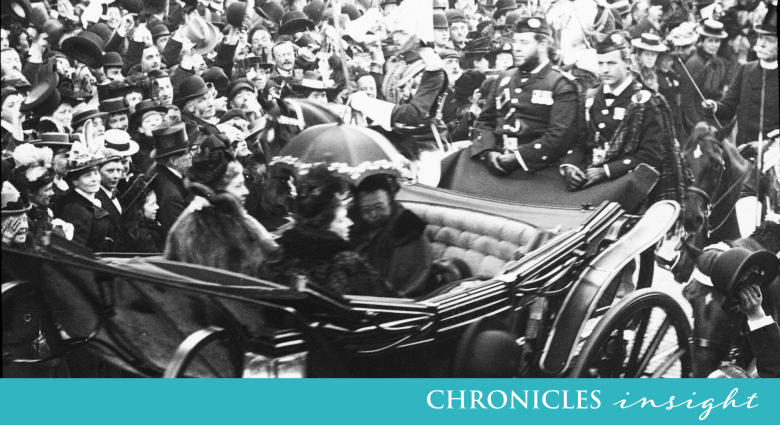 The first visit of Queen Victoria to Ireland took place from the 2nd to the 12th of August 1849. The country was still in the grip of the catastrophic Great Famine. Though Westminster had declared the famine officially over that year, the reality of the matter was quite the opposite. Rampant poverty and starvation were still to be seen throughout the country. The main poor relief system, the workhouses,  were far beyond max capacity which added the threat of disease to the already devastating hunger. Vast numbers of people were leaving on ships bound for Canada, America, Australia, and New Zealand, a mass exodus from which the Irish population has never recovered. In spite of the dire situation in the country, the people of Ireland turned out in force to welcome Queen Victoria to their shores. The Queen wrote extensively in her journals of her visit. She described the cheering crowds that greeted her and her husband Prince Albert wherever they went. She remarked on the signs and arches which read Céad Míle Fáilte and she also pointed out the beauty of the women with their dark hair and eyes and fine teeth. During their visit, the royal couple visited Dublin, Cork, and Belfast. Whilst in Cork they visited the seaside town of Cobh, which Victoria renamed Queenstown. It seems remarkable to the modern observer that the visit could be met with such joyous welcome when British-Irish relations were in such a difficult state. There are some historians who argue that the reason for this is simply a case of history being written by the victors, as the most desolate and downtrodden of the Irish population would not have been in a position to make their voices heard during the royal visit.

In 1853, Victoria and Albert made a brief visit to Dublin city where they attended the Great Exhibition of Art and Art Industries at Leinster Lawn. The exhibition was inspired by Albert’s great exhibition at Crystal Palace, and so the royal couple were invited to attend as guests of honour. Though this visit did not allow for much touring, Victoria and Albert would soon return to see the wild beauty of Ireland’s west coast.

Eight years later, Victoria returned to Ireland for an eight day visit commencing on the 22nd of August 1861. This time she was accompanied not only by her husband, but also by three of her children, Prince Alfred and the Princesses Helena and Alice. Her eldest son, and heir to the throne, Edward was already in Ireland where he was undertaking military training in The Curragh, Co. Kildare. The royal family arrived into Dun Laoghaire harbour where they were met with rapturous applause. They travelled by carriage to Phoenix Park where they stayed in the Vice Regal Lodge, which is now the presidential home, Arás an Uachtaráin. Whilst in Dublin, Albert travelled to the Curragh to observe his eldest son in his training and it is said that he was immensely proud to see Edward’s considerable skills.

The family then travelled to Co. Kerry where they took in the picturesque vistas of Killarney. They were greeted by a lavish banquet held by their host Lord Castlerosse. The people flocked to Killarney in their thousands to witness the royal visit. The royal family were entertained by extravagant fireworks displays and dancing. The royal party spent their time in Killarney taking in the scenery on various excursions, both by land and by boat. The landscape still bears reminders of the visit as there are lookout points that were named at this time, such as Ladies’ View where the Queen’s ladies in waiting went for a scenic vista. Though the visit led to the financial ruin of their host, Henry A. Herbert, the royal trip to Killarney is credited with kick starting the Irish tourism industry by showcasing the beautiful scenery and friendly welcome of Co. Kerry.

Victoria’s fourth and final visit to Ireland took place towards the end of her reign on the 3rd of April 1900. There are some that have suggested that the visit was nothing more than a means of drumming up support and recruits for the British forces in the Boer War which took place from 1899 to 1902. However, Victoria had often spoken of her love and admiration for Ireland’s people and scenery. She was, once again, met with rapturous applause. Her journey from Dun Laoghaire (then called Kingstown) to Phoenix Park was accompanied by a procession of military bands. The longest of Victoria’s trips to Ireland, this state visit lasted for three weeks. As she departed Irish shores for the last time, she remarked how sorry she was to be leaving a country that she had come to love so dearly. Already advanced in years, the Queen would not live to see Ireland again.

Queen Victoria died on the 22nd of January 1901 at the age of 81. She had ruled for just 5 months short of 64 years, making her the longest reigning British monarch until Elizabeth II. In fact, her reign had been so long that when she died there were none left in the royal household who knew how to organise a monarch’s funeral. Her descendents would go on to rule almost every royal house on the Continent, thus earning her the moniker, ‘The Grandmother of Europe’. Victoria’s reign was one of dramatic changes and devastating loss, as the industrial revolution swept through Britain, and the Great Hunger ravaged Ireland. Her love for Ireland is recounted in her journal entries as she describes the beauty of the landscape, the warmth of the Céad Míle Fáilte, and her sorrow at having to leave.

Click on the images to learn more about the timeline entries that inspired this Chronicles Insight. 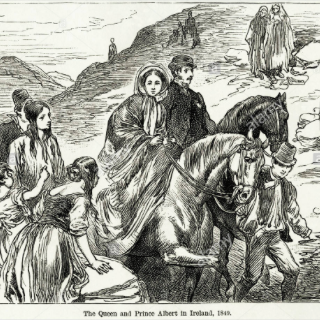 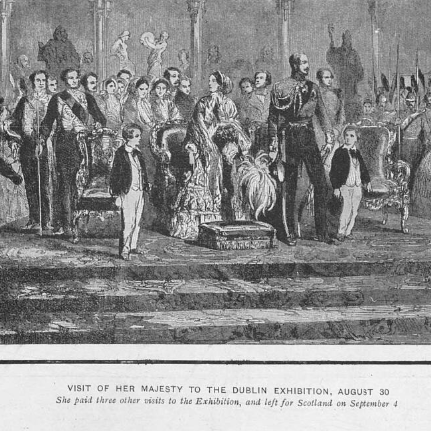 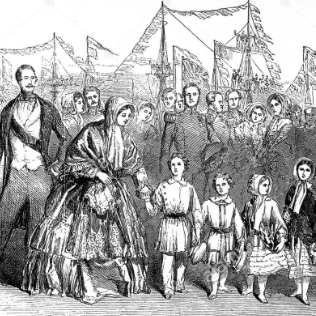 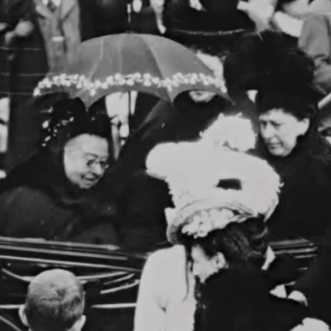 Did your ancestors pass on any stories or memorabilia dating from any of Queen Victoria's four visit? Share them as Timeline entries on our XO Chronicles.

Add your Timeline entry to the XO Chronicles

This Insight has been produced with support received from the Heritage Council.