During the 19th Century, millions of Irish people left in search of a better chance at life, but the conditions aboard the ships meant that many never made it to their final destination. The Steerage Act of 1819 helped improve the conditions endured by the poorest of passengers but the biggest impact was due to a remarkable young woman, who dedicated her life to ensuring that Irish emigrants would have a safer passage across the Atlantic Ocean. 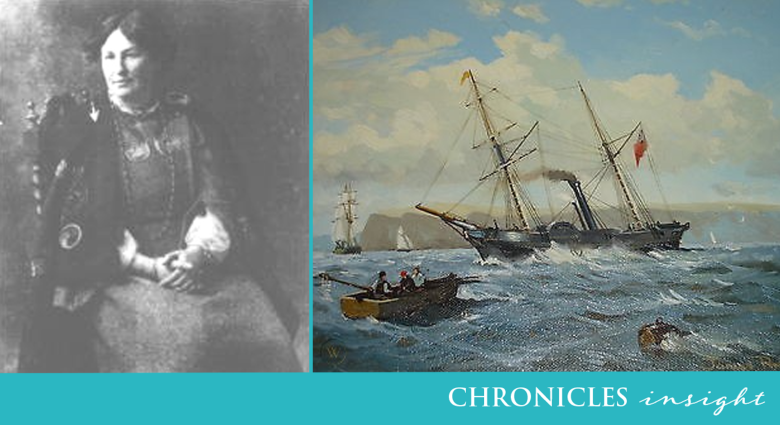 The dreadful conditions faced by the poorest passengers on board the many emigration ships which crossed the Atlantic during the 19th century have been well-documented, and at times romanticised in books, film, and television. The lowest class of travel, known as steerage, was reserved for those who could not afford to travel in better conditions. Often these passengers were trying to escape the poverty and starvation which they had endured at home in Ireland. Such was the reputation of these ships that the American government saw fit to introduce a special law which dictated a minimum standard for steerage conditions. The following outlines the Steerage Acts, an account of a tragic accident on board a passenger ship, and the story of a Charlotte Grace O'Brien, whose committment to improving conditions for the most impoverished of travellers extended to both before and after the voyage.

In 1819, the U.S. government passed its first Steerage Act. Its official name was the Manifest of Immigrations Act. It was intended that this act would mean better conditions on board the ships which were arriving in American ports passengers in their droves who were seeking out the American Dream. The act provided strict regulations and also required the captains of these ships to report a full, detailed list of all their passengers. This was the very first American immigration law. Sadly, it was not enough. The Act was revised in 1847 and 1849 as immigration to the country increased. A separate law, the Carriage of Passengers Act of 1885 was passed in order to focus more specifically on the plight of the steerage passengers. Similar legally binding regulations came into place in Ireland with the passing of the Merchant Shipping Act in 1894 which sets out strict regulations regarding the number of passengers which a ship could carry and also stipulates that these ships must be surveyed at regular intervals.

Tragedy on the Londonderry

The conditions of steerage and the treatment of the passengers therein came into sharp focus at the end of 1848. On the first of December, a paddle steamer called ‘The Londonderry’ was making its way from Sligo to Liverpool, a journey which it undertook on a regular basis. As the Londonderry was a smaller ship, the steerage passengers generally travelled on deck for the relatively short journey. On this occasion, it is believed that the 174 steerage passengers were being transported to Liverpool where they would board a larger ship bound across the Atlantic to the United States. As this was at the height of the Great Hunger, it is not surprising that large volumes of people were emigrating from Ireland every week. Rampant starvation and abject poverty with little to no sign of improvement meant that there were few reasons to stay in Ireland if you could afford to leave, or if you fell under one of the many assisted migration schemes.

Whilst the Londonderry was navigating around the northwestern coast of Ireland, a terrible storm gathered, with gusts of wind reaching hurricane level. For their own safety, the steerage passengers were sent below deck to shelter from the vicious winds. During the storm the companionway cover broke loose and in order to prevent the sea water from getting below deck and sinking the ship, the crew sealed the gap with tarpaulin. This meant that the passengers taking refuge below were now effectively trapped. With very little space, which they shared with cattle, and extremely rough conditions, the situation soon turned into a catastrophe as people suffocated from a lack of oxygen, or were crushed or trampled to death. The Londonderry eventually made its way to Derry Harbour where it remained for the night.

When morning came and the skies cleared, the crew made a grizzly discovery. 72 of the passengers, men, women, and children, had perished in the storm. The crew and their captain were put on trial for manslaughter, claiming that had they not acted as they did, then the ship would have gone down in the storm, taking many more lives with it. The case highlighted that the Steerage Act had not been sufficient to prevent the loss of life on migrant ships and that more needed to be done.

Charlotte Grace O’Brien, daughter of the Young Irelander William Smith O’Brien, was born in Limerick on the 23rd of November 1845. When Charlotte was just 3 years old, her father was involved in the failed 1848 rebellion. For this he was sentenced to death, but had his sentence commuted to transportation. He was sent to Tasmania to serve his sentence. From this early experience with ship conditions, Charlotte went on to become heavily involved in campaigning for an improvement in the standards of Irish emigrant ships.

In the book, ‘The Irish in America’ by J.F. McGuire, Charlotte read about the dreadful experiences which Irish emigrants endured on their journey across the Atlantic. Determined to have a positive impact, Charlotte travelled to Queenstown (now called Cobh) to see for herself just how the steerage passengers were expected to live. Charlotte even went so far as to undertake a short journey in steerage herself. The 24 hour voyage from Liverpool to Queenstown further enlightened her as to what improvements were needed.  She was horrified by what she saw. Charlotte set about lobbying the government to make dramatic changes to ship conditions. Her first notable success was the introduction of Catholic priests to each journey, so as to provide spiritual comfort for the passengers and, when fatalities occurred, to administer the last rites. She began to inspect the ships prior to departure. On these visits, she would take a medical officer with her to insure that the steerage section of the ship was fit to safely house its passengers. She went on a number of transatlantic voyages, though not in steerage, where she would make regular inspections of the ship to insure that standards were being upheld.

Charlotte’s efforts to improve the lives of Irish emigrants extended beyond their time on the ships. She also established a lodging house for women in Queenstown where passengers often had to spend a number of nights before travelling. As a busy port, Queenstown had become a dangerous place to be, especially for vulnerable young women travelling alone. She was also instrumental in establishing a mission house in New York City which was dedicated to providing aid to newly arrived Irish immigrants. It was called the Our Lady of the Rosary mission house and it still stands today.

Though these years of intense emigration greatly depleted the Irish population, it also provided us with our incredibly diverse diaspora which stretches all over the world. The Our Lady of the Rosary building is still in operation today, and their records help people to track down their Irish roots as many immigrants would have at least passed through New York.

Tragedy on the Londonderry 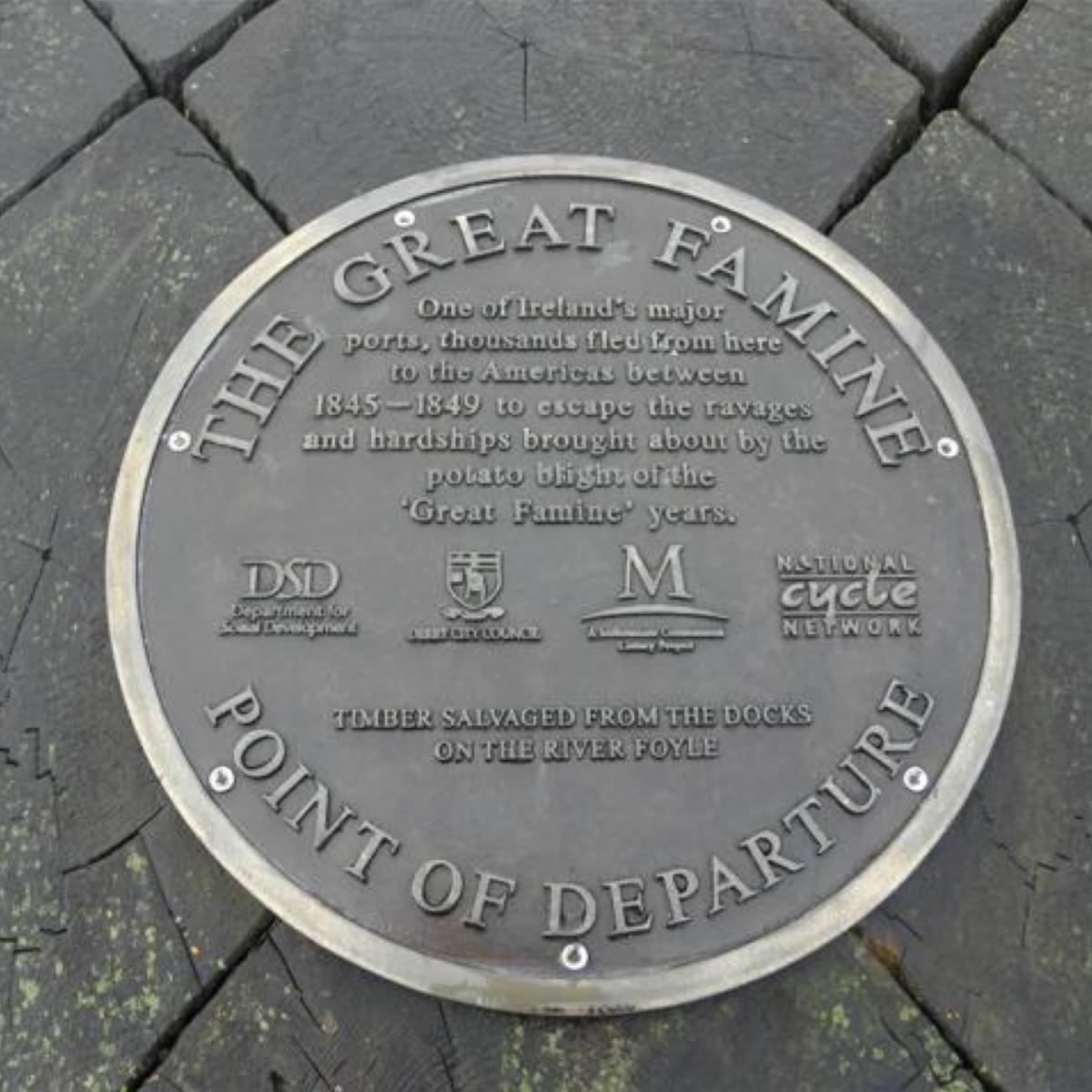 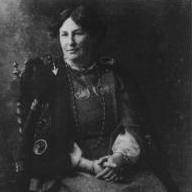 The main picture features a nautical oil painting on canvas by JAMES BRERETON, one of the UK’s most accomplished maritime artists and a favourite with several prestigious galleries. It depicts the paddle steamer City of Londonderry, 250 tons, under full steam crossing the Irish Sea, one of the very earliest steam ships to provide a scheduled service between Ireland and the rest of the UK. She was built in 1824 and was one of the first ships in the fleet of the legendary City of Dublin Steam Packet Company, founded in 1823.

How to Find Ancestors in Ireland