A message from Ria Crocker to the Ireland XO Message Board in October 2012 sought out information about her Tobin ancestors. 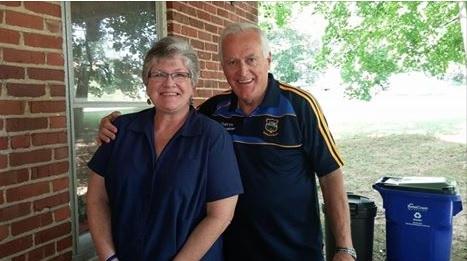 Ria believed that there were also other children possibly, Rhody, Julia and Margaret. Mary Ellen Tobin was Ria's great-grandmother and her death notice, dated 1901, stated her family was from the Silvermines region of Co. Tipperary.

Some time later Ria's message received a reply. Michael O'Brien detailed his connection saying that his great-grandfather was John Tobin and that the Mary Tobin who married Patrick Cusack was his grandfather's sister. The pair began to communicate by email and exchanged information about the Tobins - a bridge uniting two families. This familial tie was well and truly connected when Michael mentioned that he and his older brother John were going to the US to see their sister who lived in New York.

I posed an invitation to make a stop in Maryland. My mom, Michael's 2nd cousin, is 92 and unable to travel for long periods, so Michael and John took the train down to Baltimore from New York and spent the day with our family! It was absolutely wonderful. 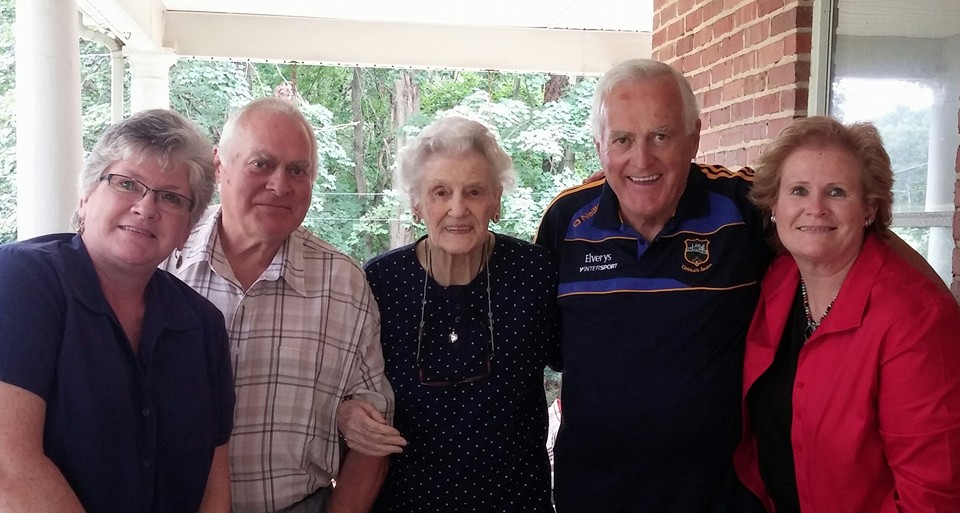 Michael and John were Ria's guests for the day and were able to meet their second cousin - Ria's 92 year old mother - Marguerite, "... a great gift to give her, as she never knew her grandmother, their great aunt".  Ria and her sister Claire (pictured above in red) drove to the train station and back took the group around Baltimore and to Fort McHenry where The Star Spangled Banner was written and the above photo was taken.

Thank you, Ireland Reaching Out, for a dream come true!