In 2012, Pat Quinlan Manwell posted on Ireland Reaching Out looking for descendants of her great grandparents Michael Quinlan and Anne Scully. A simple post with names, dates and location information. In November of that year, She was contacted by her second cousin John on the Ireland XO message board. They exchanged email addresses and have been in email and "snail" mail contact occasionally since then. Here she tells us of the journey she made this Spring to Limerick, where she met up with her cousins and visited her ancestors place of origin with their help. 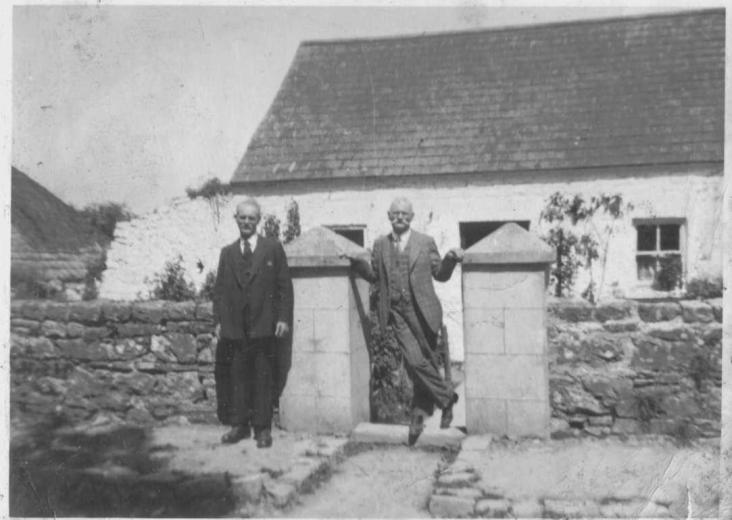 Main Photo: the family home in Boherbee in the 1830s with Great Uncles Michael and Ned standing at the gate

Michael Quinlan and Anne Scully married 14 October 1860. Three of their children emigrated to the USA. My grandfather John James Quinlan, was the first arriving in New York in 1892.  His brother Michael remained in Silvermines and it is Michael's descendants, my 2nd cousins, who were my hosts for a wonderful visit in May 2018. 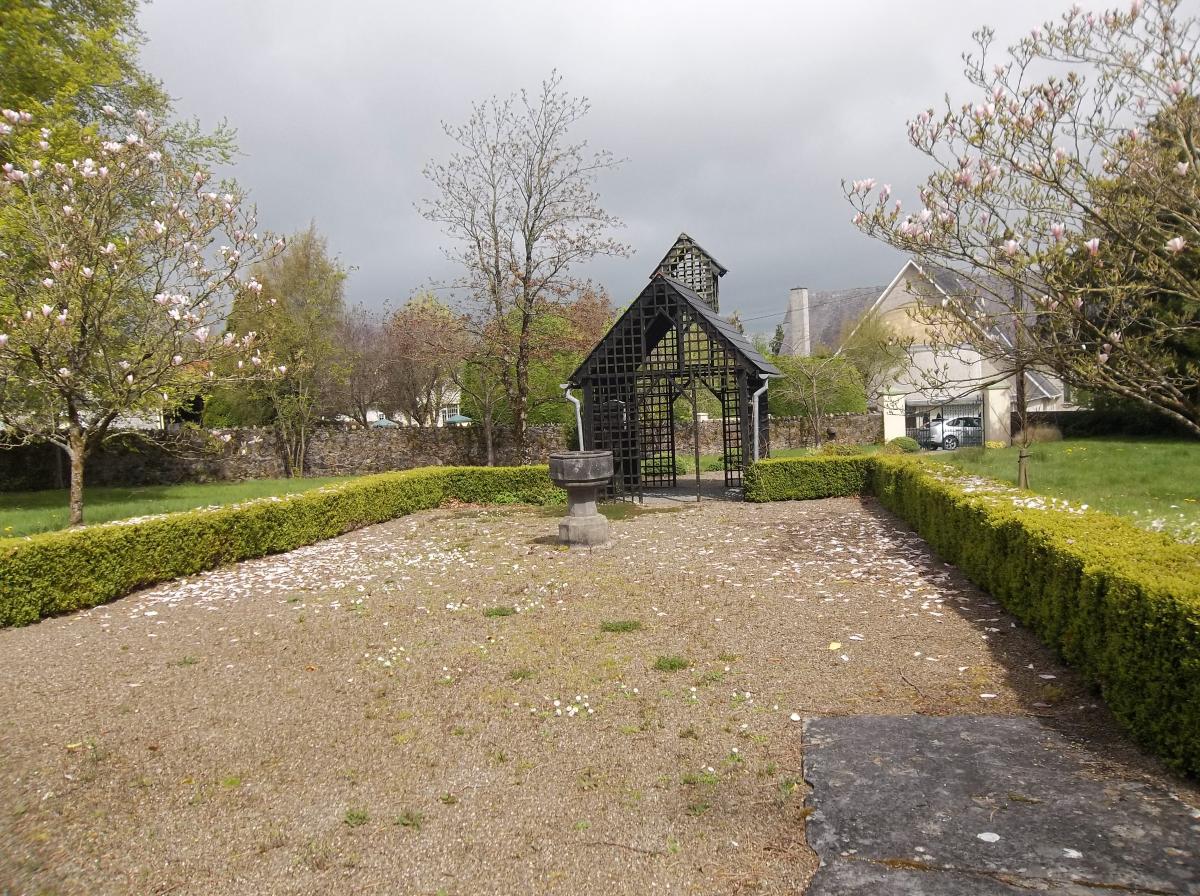 Photo above: Site of Catholic Church in Silvermines where John James Quinlan was baptised in 23 June 1864

I planned a short tour in Ireland for this spring which ended in Limerick which is quite close to Silvermines. Mail was sent back and forth between Cleveland Ohio and Silvermines and plans were set for my visit. My cousin John became my guide and driver as we toured the beautiful area around Silvermines. From afternoon to evening more cousins dropped in to meet me-Lizzie, Michael and his wife, Deidre, Mickey, Eoin, Geraldine and Joseph.  We met again the following day and truly bonded as family.

Stories and pictures were exchanged and one story about my grandfather's emigration was especially satisfying.

John James Quinlan emigrated due to superstition! My USA cousins tell the story that he thought he was followed by banshees every evening when he walked home from working on the Baron's estate. My Ireland cousins tell virtually the same story except that he was followed by a mysterious big black dog. Apparently he was the only one to see the dog which disappeared when he crossed out of the estate property. I never knew him but credit him with any of my own tendency for personal superstitions! 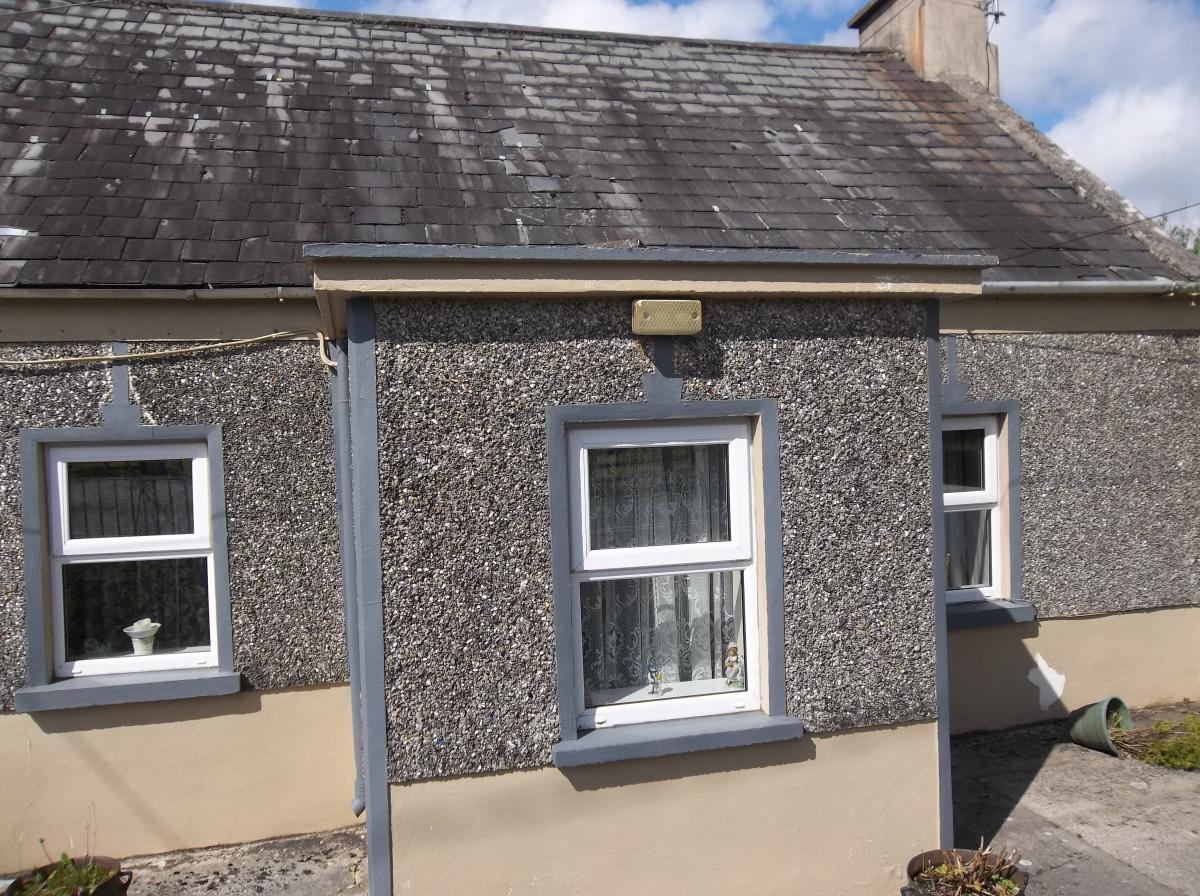 Photo above: today's Boherbee, "The Home Place" where Quinlan family has lived for over 100 years

I am, of course keeping in touch and actually smiling right now as I think of how wonderful it is to get away from the research facts and connect with the people found. Sharing is, for me, the biggest part of my research.

I recommend Ireland XO whenever I am contacted by researchers with Irish roots. 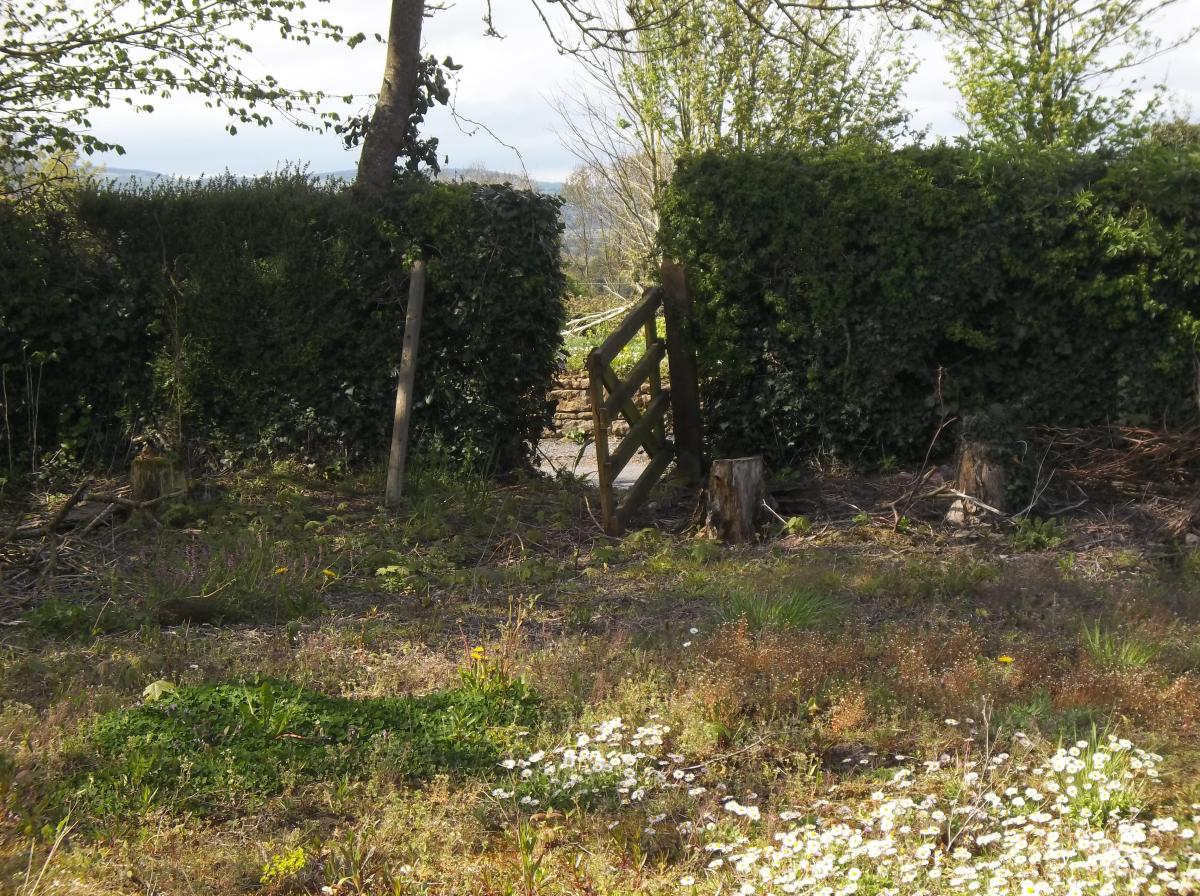 Picture above: Gate at the Quinlan Farm