Does the key to your Irish roots lie in Scotland?

The impact of the Great Famine in Ireland led to an increase in emigration to Scotland as people tried to find work in docklands, mines and industrial towns. 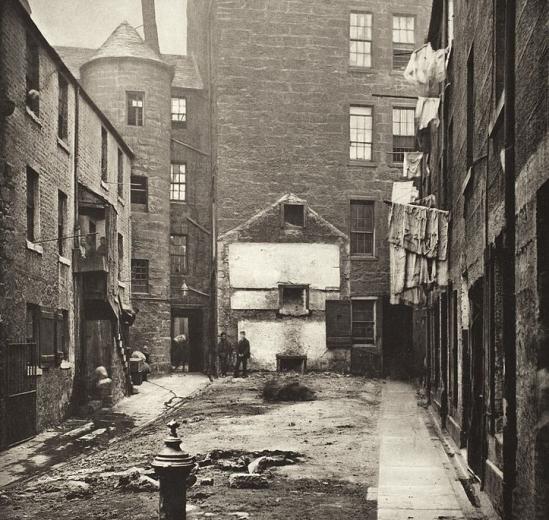 Given its proximity, Scotland was an obvious choice for those emigrating to find work, particularly for those in northern parts of Ireland. In the early 1800s many unskilled labourers made the journey and worked on a contract or seasonal basis during harvest times, returning afterwards to their homes in Ireland. Prior to and after the Great Famine of 1847 this leaving of Ireland continued and became a mass departure of people in dire straits to places like Motherwell and Dundee.  In the Scottish Census of 1841, people were asked "whether Foreigner or whether born in England or Ireland."

Many Scots too began to leave rural areas as their cities became increasingly industrialised. The influx of workers to these areas sometimes led to conflict as people experienced high infant mortality, poor living conditions and competition for employment. Many Irish emigrants continued to work in less skilled occupations at this time and women came to make up almost half of those working in the weaving industry in some parts of the country.

Construction of the Forth Bridge c. 1886 © National Archives of Scotland

For some, a stopgap

Many Irish people, who went on to settle in other parts of the UK, and even further afield in the USA and Australia, might have first travelled from Ireland to Scotland. This is why knowledge of these records can be very important if you are not having much luck with other sources.

Where to find records

Scotlands People 1921 census is searchable online now! 9,000 volumes comprising over 200,000 images, with details of 4.8 million people all at your fingertips.

As civil registration of births, deaths and marriages became compulsory in Scotland in early 1855 sites like Scotland's People, Ancestry and Find My Past come into their own, providing access not only to civil records but census and parish records too. Some of these are also available on Family Search. Alongside these Scotlands People the official Scottish genealogy resource offers a means by which you can search statutory and parish registers and census and valuation rolls by buying credits. Some record sets are also available to search for free. You can read their Getting Started Guide here.

For  a good overview, researchers should definitely take a look at the National Archives of Scotland Research Guides HERE

These will tell you about the specific family history holdings of the Archives and show what records are useful for researching people and what are more useful in researching a place. For instance, in their Emigration Records Section they list some details of emigration schemes to Canada and show in their Coal Mining Records the guides available for those hoping to research the coal mining companies and other aspects of the industry.

Interestingly newspaper archives also provide a good background not only into the lives of the Irish workers but the work itself. The Glasgow Observer obituaries for example, and other newspapers that are available at the National Library of Scotland and some commercial websites, serve as a reminder of the hard work undertaken by many of those who left Ireland:

"...he traveled all over Scotland and England working as a labourer from place to place. Potato picking for a shilling a day at where Alexandra Park now stands, quarrying, road-making and loading pig iron were the sort of jobs he did, on returning, for good to Glasgow..."

The Scottish Genealogy Society, located in Edinburgh provides information about sources for researching  land records, the military, prisoners, taxation and as well as other Useful Links. A catalogue of downloadable information sheets is also available and providing a good index to relevant local history articles, pamphlets and books.

Did your Irish ancestors emigrate to Scotland? Perhaps they travelled through, while on their way to another destination? Share their story to the XO Chronicles and connect with others descended from the same place of origin in Ireland.