How to locate parish of origin

Cad as duit? Where are you from?

Irish parishes have been around for a long time. The sense of identity associated with them, in rural Ireland especially,  remains incredibly strong (even for those who have lived elsewhere for a lifetime). To every family tree that is a puzzle, the parish of origin is a key corner piece from which the rest of the picture can be formed.

Today, with so much online, it is easier than ever to research family and placename history from anywhere in the world. Locating that elusive parish of origin is tricky though, so don't forget that Ireland Reaching Out can help you get there through the sharing of local knowledge. In this article, we show you how to sort and navigate the abundance of parish records by type. If at any step along the way you need a local volunteer to point you in the right direction, just post your query to our Message Board. [HERE] 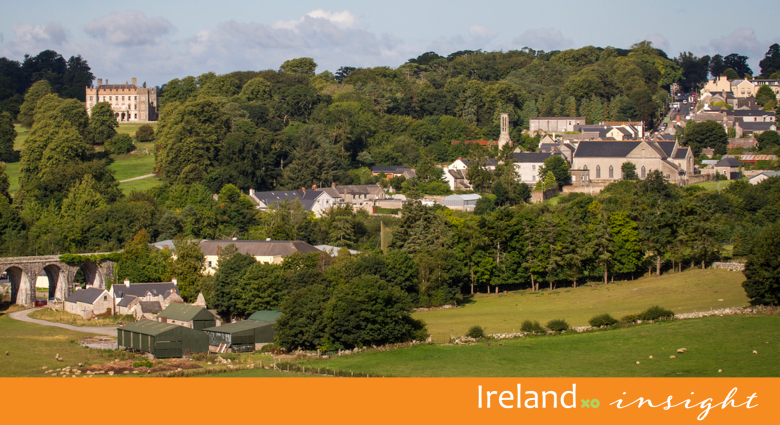 Interwoven in the Irish subconscious is this strong attachment to one's ancestral land. So it's no surprise that the quest to find one's way home is at the heart of what makes genealogy so addictive. For uprooted family history researchers, this is expressed in hours upon hours of painstaking research into an emigrating or migrating ancestor. The joy of finding them is so special, but soon we realise that an ancestor's name and some vital details are only the beginning of the journey!

Getting familiar with a parish, and the history attached to it, reveals how an ancestor lived, with whom they associated, and provides context to their story. Whatever placename we have as a lead or starting point, it helps to get familiar with its aliases, and other places of the same name that may lead us astray. Logainm.ie is a really handy database for working through tricky placenames, because clicking on "Archive" reveals other possible spelling variations, historical names and aliases.

The word "parish" turns up as a search option in many online Irish archives, and this is the basis for much confusion.  Essentially, there are two kinds of Irish parish; the "civil " and the "ecclesiastical " (and never the twain shall meet when it comes to boundaries). As soon as Church and State began to separate, the word parish began to evolve.

LEARN MORE: What is a "parish"?

For family historians, the initial parish confusion arises due to the mismatch between the parish names used for civil and church records.  The good news is, for genealogy research purposes, the boundaries of Ireland's civil parishes, as set in the early 19th-century, remain unchanged. Understandably, ecclesiastical parish boundaries have continuously adjusted and amalgamated to meet the needs of its parishioners and changes in populations centres, be it positive (e.g. Catholic Emancipation) or negative (e.g. emigration).

Some points to remember:

So when researching an archive that leaves "parish" unspecified, the first step is to understand that there's a fork in the road and that knowing where both roads lead to is the only way to avoid getting lost. In a nutshell, the signpost you should follow for placename, land and tax records is the civil parish. For religious, sacramental or church records, take the ecclesiastical or church parish route. To make the best of what you may find, get to know your way around first. And for that, you need a map...

To get started, you will need a map of the parish you are researching. Fortunately, some helpful cross-reference indexes are available free online:

These tools can help you get familiar with the parish location, and its proximity to towns, villages and other parishes. HINT: Don't disregard a parish in an adjoining county, if it happens to be the next parish over. If still stuck at a crossroad, post your query to our Message Board for local volunteer advice. (Be sure to link your post to a county, or possible counties).

We tend to think of Parish records as baptism, marriages and burials, but they are so much more than that...

The civil parish is the most important boundary for land and taxation purposes before the 20th century.  It was the basic geographical unit for Griffith’s Valuation above townland level. Many emigrants recorded the civil parish as a place of origin in official documents. (Church records or tombstone inscriptions are more likely to have used the ecclesiastical parish name). The civil parish is a vital signpost for selecting the correct townland, many of which share the same name.

LEARN MORE What is a townland?

With a civil parish to hand, here are some of the great resources that can be explored:

For the early 19th century (pre-civil registration) church records are a must. The Census of Ireland in 1861 recorded 78% of the population was Catholic, and the remaining 12% was Church of Ireland and others (e.g. Quakers).  As Catholic parishes were larger and broader, the goal is to narrow down a pace of origin to a civil parish where possible. To be sure you don't miss a record, it is advisable to check the parish records of other denominations too. Why?

The Church of Ireland Parish

The Church of Ireland (CofI) part of the Anglican Communion, was the "Established Church" in Ireland from 1801-1869. It used the structure and name of the civil parishes (and very often the sites and of old churches for which the parish was named). Family historians researching ancestors from this period in Cof I Records have a better chance of expecting the parish names for both church and civil records to match, but this is not an exact science. In areas where the Anglican congregation was small, the established church often combined several civil parishes into a Union [see Lewis 1837].  While there has been some shifting of boundaries and some renaming of parishes, for most genealogical purposes, there has been little or no change.

A vicar kept the records of his parish in a parish chest. Included in that treasure trove were more than just sacramental records:

More than half of all Church of Ireland registers were destroyed by fire at the Public Records Office in Dublin in 1922. In terms of records that are accessible online for free, check out the Anglican Record Project.  See also the PRONI Guide to Church Records. Irish newspaper archives were particularly good for Protestant life event announcements, and the British Newspaper Archive is free to search (small fee to view).

With the suppression of the Catholic clergy, the dis-established Roman Catholic Church (RC) had to do some shape-shifting. The consequences of this upheaval for those of the Roman Catholic faith endures in the laments of every genealogist researching them today.  As the Penal Laws relaxed, RC parishes re-invented themselves to adapt to change in population centres (and still do so today). To add to the confusion some Catholic parishes share the same name in different parts of Ireland.

Check the British News Archives for the local history of a spilt parish in Ireland.

The Catholic Parish Records Collection is the most valuable resource we can use when researching Irish family history. In the 1860s, 80% of Ireland's population was Catholic, and by 1890 this number had grown to 90%. (Note that Catholic Emancipation only came into Ireland in 1829 and therefore the majority of the records only date from the 1820s up until the 1900s). As the Roman Catholic Church re-emerged from persecution the Catholic parish system rapidly expanded. Many new Catholic parishes were established, often centred on new, growing population centres. Many Catholic parishes thus include parts of more than one civil parishes. The Catholic and civil parish names may or may not be the same.

Again, following a search on FamilySearch.org, the correct parish name for an old church record can be identified on Shane Wilson's Civil and Church Parish Database.

Take care, not to confuse 'Civil' or 'State' records with the notion of the civil parish.  Civil Registration began in Ireland in 1864, requiring that births, marriages and death events (BMD) to be recorded by all citizens on the island of Ireland. These civil records were collected according to the registration district and not the civil parish. Unless your ancestor was from a town which matched the name of the civil registration district aka Registrar's District, their BMD record would appear under a district name that bears no resemblance to the civil parish. Bear in mind, that death records could have been registered in the district of a hospital or workhouse where an elderly ancestor may have died.  Civil records for the Church of Ireland go back further to 1845.

A confirmed civil parish of origin is key to researching later records so that you can confidently explore the wonderful records available online, such as:​

Don't forget to BOOKMARK this page for future reference!