Hurling - The Fastest Game in the World

It's Limerick V's Kilkenny this weekend in the Hurling All Ireland Final. Nothing feels more Irish to us than taking in the excitement of an All Ireland Final. Over 82,000 spectators will descend on Croke Park this weekend to watch the Marble county (Kilkenny) take on the reigning champions Limerick. GAAGO will stream all the action from the final at Croke Park to viewers around the world here. 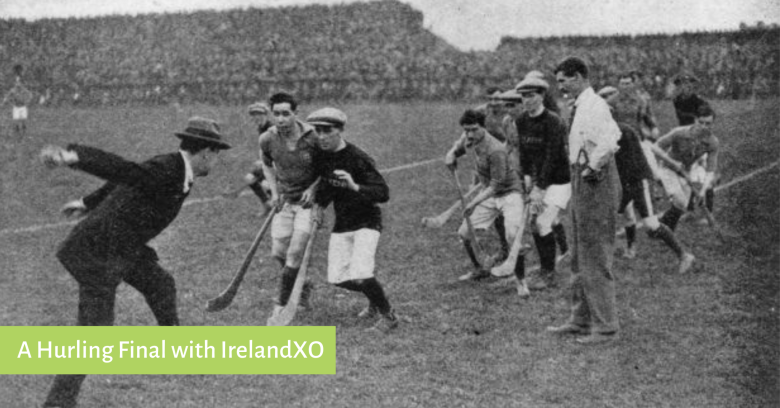 With references to hurling dating back to 1272 BC, it is often declared the oldest game in the world beginning over 3,000 years ago in Ireland. The first written reference appears in Brehon law during the 5th century however references were made much earlier in the tales of legendary Táin Bó Cúailnge and the heroics of Irish legend Cú Chullainn who gets his name from driving a sliotar (hurling ball) down the throat of a guard dog with his hurley. Despite being banned by the Normans in the 12th century it continued to grow in popularity up to the early 19th century. As Irish customs and traditions were heavily repressed during this time, by the mid-1800's hurling was in decline and would have most likely died out was it not for strongholds in the Munster province.

The Establishment of the Gaelic Athletic Association (GAA)

On October 11, 1884 an article, written by Michael Cusack originally from County Clare, called ‘A Word about Irish Athletics’ appeared in the United Ireland and The Irishman. These articles were supported a week later by a letter from Maurice Davin, one of three Tipperary brothers, who had dominated athletics for over a decade and who gave his full support to the October 11 articles. A week later Cusack submitted a signed letter to both papers announcing that a meeting would take place in Hayes’s Commercial Hotel, Thurles on November 1 1884. The first meeting of the Gaelic Athletic Association (GAA) for the Preservation and Cultivation of National Pastimes recognised that Irelands' indigenous sports needed to be standardised and regulated. Maurice Davin was elected as elected President, Michael Cusack, John Wyse Power and John McKay were elected as secretaries, and Archbishop Thomas William Croke, Charles Stewart Parnell and Michael Davitt were asked to become patrons. This new association would cover both of Irelands' indigenous games Gaelic Football and  Hurling. Within six months of that famous first meeting, GAA clubs began to spring up all over Ireland and people began to play the games of Hurling and Gaelic Football and take part in Athletic events with pride.

The Game of Hurling

Hurling is a field invasion game played between two teams of 15 players on each side. Played on a pitch up to 145m long and 90m wide the goal posts are H-shaped. Each team must progress through the field to score either a goal or a point, a goal is worth 3 points. The game is played for 70 minutes with a rest at halftime. The stick or hurley is curved outwards at the end to provide the striking surface, the ball or sliotar (pronounced slit-or) is similar in size to a hockey ball but has raised ridges. The ultimate prize is the Liam MacCarthy Cup pictured to the right. It was commissioned in 1922 costing £50 and was first presented to Limerick in 1923. A replica was made in 1992 as the original sits in the GAA Museum. You can view the full Liam MacCarthy Collection here. Kilkenny holds the record for winning the cup 36 times in total from 1921 - 2019.

The sport is also played by women and is referred to as camogie (pronounced ka MOH ghee)  the only real difference is the size and weight of the equipment.  Set up in 1904 it was another 20 years before the first female All Ireland championship was played. 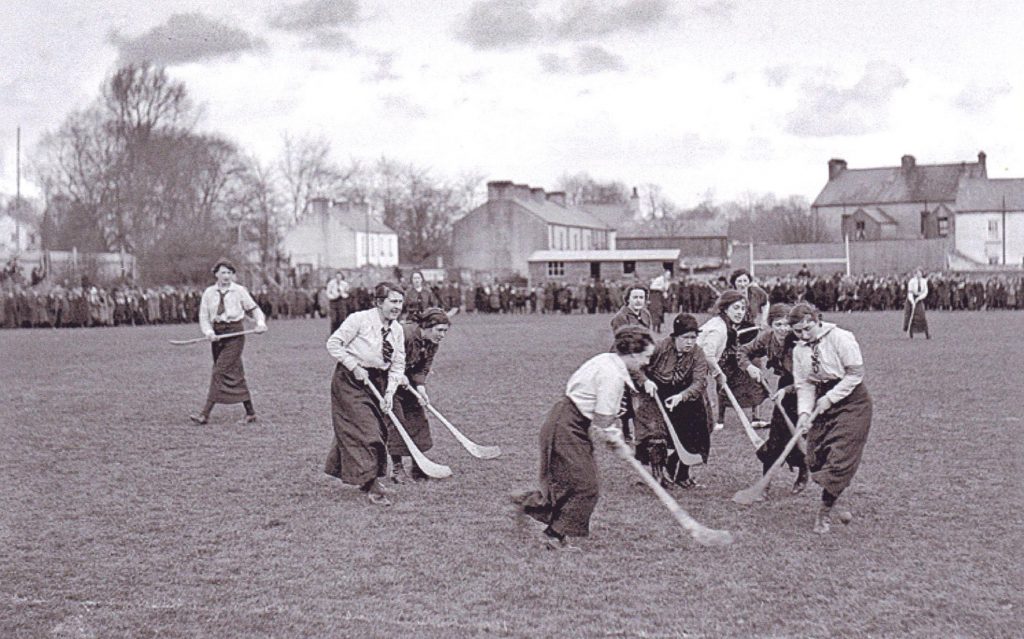 We asked a selection of our volunteers to name a few facts about Hurling....

#FACT 4 - The making of hurleys is considered an ancient craft - each stick is handcrafted, unique to it's owner. There are on average 350,000 hurleys produced every year in Ireland.

Do you descend from GAA sporting stars? The GAA archives offer some fantastic resources including

- Match reports from 1913 onwards, with original newspaper clippings and audio check out the 1913 Hurling All Ireland Final report here Do any of the players name ring a bell?

- All Ireland Winning Team photos from 1913 to the present day. Did your ancestors play Gaelic football or hurling, did they make it to the final?

Did your ancestors play Gaelic football or hurling, why not add their story below.

Our friend and professional genealogist Lorna Moloney presents 'The Genealogy Radio Show' in the beautiful Kilkee in County Clare. She has a wonderful youtube channel here where you can listen to an array of free educational podcasts. She was kind enough to share her podcast on all things GAA with us below.

GAA Around the World

Many of the Irish that emigrated both their national games with them which has led to many well-established clubs around the world. USGAA, the governing body promoting football and hurling in the States have over 5,388 affiliated members across 116 adult clubs and 14 youth clubs. To find out more about these clubs visit our diaspora hub page here.