On the 11th of November, people all over Ireland remember the sacrifices that more than 200,000 Irishmen made when they enlisted to fight 'the war to end all wars', around 30,000 died serving Irish regiments of the British forces while the true figure is said to be as many as 49,400. 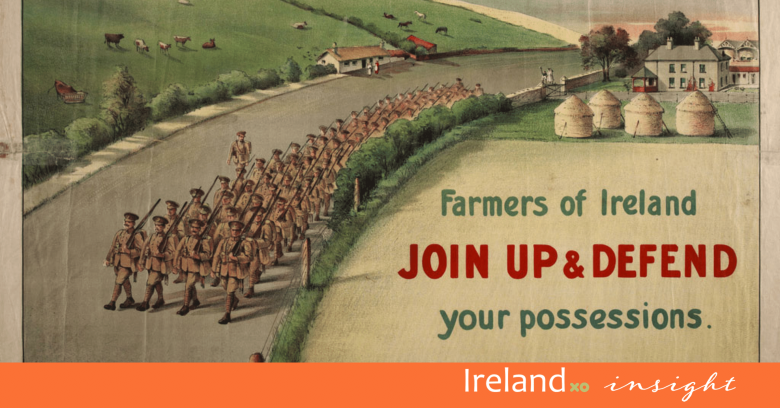 Beginning on the 28th of July 1914 World War 1  or the Great War as it's often referred led to the fall of four great imperial dynasties resulting in the destabilization of Europe and a revolution in Russia. The Central Powers (Germany, Austria -Hungary, and Turkey) were pitted against the Allies (France, Great Britain, Russia, Italy, Japan, and the US). After 4 years he Allied Powers claimed victory.

While a nationwide recruitment campaign took place at home for the British army, thousands more Irishmen were already serving or were recruited or conscripted in Australia, New Zealand, the USA, and Canada. Back in 1914, Ireland was on the verge of securing Home Rule when the Great War broke out. Both unionist and nationalist leaders put their differences aside and supported the war effort against Germany. The Nationalist leader John Redmond rallied support and created the National Volunteers which had approximately 10,000 men. It was this very group that launched the Easter Rising in 1916 while Britain continued to fight in WW1. It is estimated that one in three men of age throughout Ireland served in British forces during the war.

At the time there was already approximately 58,000 Irishmen serving but more was needed. Lord Kitchener (Secretary for War UK) told the British government that it would be at least a 3-year war and over a million men would be needed, sparking a huge recruitment drive. Over the first 12 months, 80,000 Irishmen answered the call, and over the course of the four years 206,000 signed up to British forces. Conscription was never forced in Ireland as it was in the rest of the United Kingdom. Whether regular army or volunteers, the Irish showed remarkable fortitude, and their countless stories of exceptional bravery were rarely given the recognition they deserve.  Some of the most common reasons for signing up included,

Watch below  Emmet Dalton outlines his reasons for joining up and describes the initial reaction of his father to seeing his son in a British Army uniform.

Our members have been adding their ancestor profiles for years. We've published lots of profiles linked to World War 1. Below, we've selected some of the more recent added by our members. Click on the images to find out more about their story. All our ancestor profiles are free to view by anyone, anywhere in the world. 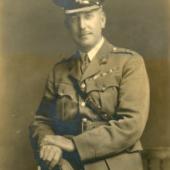 The first image is that of Bill Egan, his story is narrated by his grand-daughter and tells how two weeks after the First World War began her grandfather was captured at Landrecies on October, 18, 1914 and interned at Sennelager Prisoner of War Camp in Germany. Following his release on June 26, 1915  he returned to London and immediately married Norah Wall, a girl from his hometown. A month later he was back on active service, first with the Mediterranean Expeditionary Force in Malta, then Gallipoli and then back to France and Belgium where he served as the Officer Commanding No. 44 Field Ambulance until near the war’s end in November 1918. 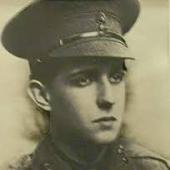 This is followed by the story of  Eric Norman Frankland Bell who was born in Enniskillen, County Fermanagh on the 28th of August 1895. He was one of four children, and his father was an officer in the British army. The family relocated to Liverpool where Bell attended school and University.  When the First World War broke out, Bell volunteered with the Enniskilling Fusiliers. 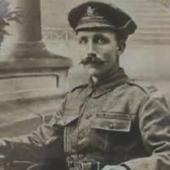 Next is the Robert Quigg, who was born in the civil parish of Billy, County Antrim on the 28th of February 1885. His father worked as a boatman and tour guide at the Giant's Causeway.As a young man, Quigg enlisted in the Ulster Volunteer Forces, eventually becoming commander of the Bushmills Volunteers. As conflict with Germany became imminent in the First World War, the UVF were offered to the British crown to fight in the war to come. Quigg was one of the men who volunteered for active service. In September 1914 he enlisted in the 12th Battalion of the Royal Irish Rifles. 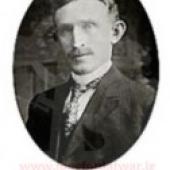 Finally, Patrick Farrell, one of at least seven children of John and Bridget (née Rhatigan) Farrell, emigrated to the US in May 1915. Just four months after his arrival, he enlisted in the New York National Guard in the 69th Infantry Regiment (widely known as the “Fighting 69th” and later changed to the 165th Infantry). After two years in New York and on the Mexican border, he re-enlisted and was sent overseas in late October of 1917, much earlier than most members of the American armed forces.Patrick was serving at Baccarat in May 1918 when he was killed by a German shell.

The National War Memorial at Islandbridge, Dublin is dedicated "to the memory of the 49,400 Irish soldiers who gave their lives in the Great War, 1914–1918". This refers to all the fatalities in the Irish Divisions, whether Irish-born or not. A study published in 2017 found 29,450 men who were either born, lived in, or had next of kin in the 26 counties that became the Irish Free State killed in the war in British and Commonwealth forces, including the Australian and Canadian armies as well as the British Army. Another study counts the Northern Ireland war deaths (that is of soldiers who were born in the counties would go on to from Northern Ireland) as 10,300, which would put the confirmed all-Ireland death toll at about 40,000.

Lots of military records have now been digitized.

Below, we've outlined some FREE resources for learning more about our Irish ancestors who took part in WW1

The National Archives holds over 9,000 wills of enlisted and non-commissioned soldiers from the thirty-two counties of Ireland who fought in the British Army in the First World War. The entire collection of wills has been digitised and is available free of charge on their Genealogy Website.

Military Historian Tom Burnell (author of ‘The War Dead’ series and ‘Irishmen in the Great War’) in conjunction with Tipperary Studies  have created a most valuable and unique database of the names of Servicemen with connections to Ireland who died in the Great War, 1914-1918. The database is a digitization of military historian Tom Burnell's 15-volume series "26 County Casualties of the Great War", which was first published in 2017 after more than 15 years of research. More information HERE

The Connaught Rangers, the Leinster Regiment, the Royal Dublin Fusiliers, the Royal Irish Regiment and the Royal Munster Fusiliers were units of the British Army, which were disbanded following the establishment of the independent Irish Free State in 1922. The enlistment books contain records of soldiers serving in these regiments in the period 1920-22.

The database which can be accessed from the site includes details of the Longford people who died in World War I either in combat or from injuries. Included are those who were born in the county and those from elsewhere who lived in it at the time of their enlistment. More information can be found HERE

FamilySearch has a collection containing WW1 service records from 1914-1920. It contains records from two publications in the National Archives, WO 363 and WO 364. You can search by a number of parameters including name, military rank, place of enlistment, place of birth etc.

Ireland WW1 and beyond

As well as being an information hub, the website also act as a networking forum, allowing academics and representatives of non-university-led organisations and projects to introduce themselves to each other, and perhaps act as a springboard for conversation and collaboration. More information HERE

Many old barracks in Ireland are still extant and have publications and websites about their particular history.

WWI Memorial Sites in Ireland honor the names of a community's loss to the Great War. Having a memorial where one could pay one's respects was so important – especially with so many having no known grave. Raised by public subscription, many of these Irish memorials take the form of

The Irish Military Archives has a repository of personnel files, as well as several other collections of interest to those researching their family history. However, it does not hold records relating to military service prior to 1922. If your relative served during World War I, or at any point up to 1922, it is likely their service was with some of the Irish Regiments of the British Army listed above.

Their online collections include the following;

Finding branches of one's family tree touching upon military service in more than one country's armed forces is a common theme in Irish genealogy.

Do you have stories to share? Whether your ancestor was Irish-born or of Irish descent we invite you to bring their memory home to Ireland.  No matter where they served or what conflict they were involved in, if your ancestor was born more than 100 years ago we'd love if you added them to our Ancestors Roll-call for veterans.

So many Irish names were memorialized far away from Ireland and the personal stories behind them are so important. Whether they were born in Ireland or abroad, we'd love it if you brought their memory home and reconnected them to our "special group" for Military Ancestors.

To reconnect and discover more...

WATCH Our webinar on how to add and reconnect your ancestor to a building in Ireland here:

Dublin Military Barracks in the 1830s