The ESB Archives website provides a virtual social commentary of 20th Century Ireland and its journey from darkness into light by way of the introduction of electric power to every home in the land. You can even find when your area was connected to the national grid. Many people who emigrated from Ireland in the 20th Century left behind a home that was without electricity and a populace who were heavily reliant on the natural rhythms of daylight for their livelihood and daily necessities. In 1940s Ireland, most people still used traditional methods of food preparation and preservation, that had been handed down from generation to generation.  The introduction of electricity into rural Irish households changed forever the everyday lives of people across the land, and opened up unlimited opportunities for development.

The main organisation responsible for bringing electric power to modern Ireland was the Electricity Supply Board (ESB), established in 1927 as a statutory corporation in the Republic of Ireland under the Electricity (Supply) Act 1927. In 1991, ESB Archives was formally established, its remit being to "collect, preserve and make accessible the history of the ESB". Its collections include administrative records, maps, photographs, film and other artifacts. These collections have now been cataloged digitally and are  available to view on the new ESB Archives website here 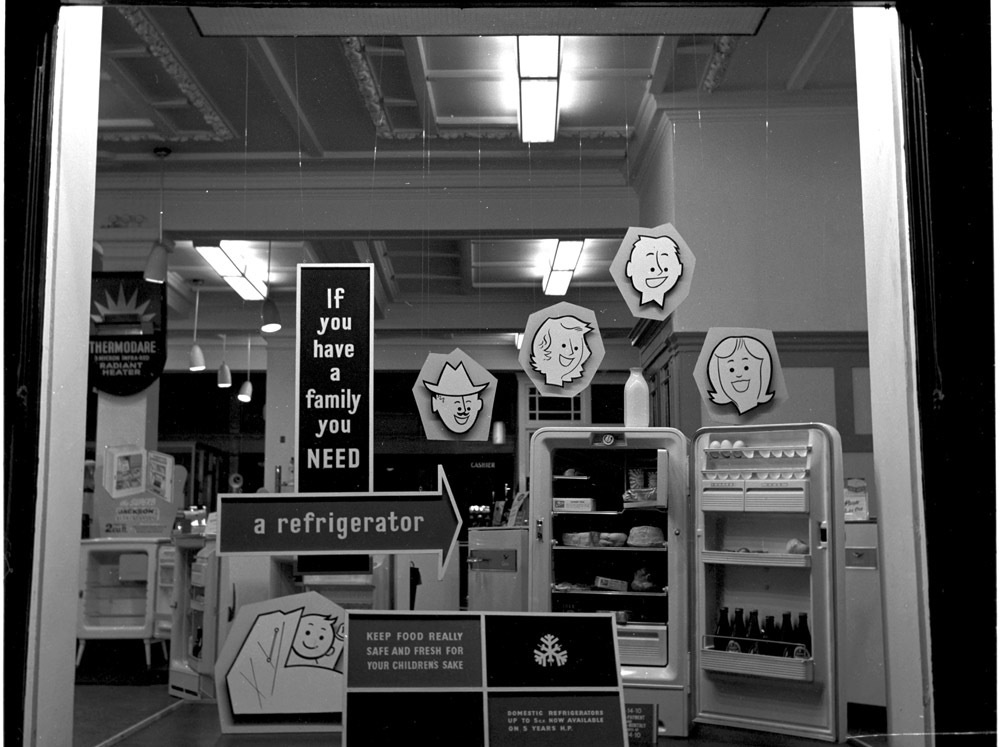 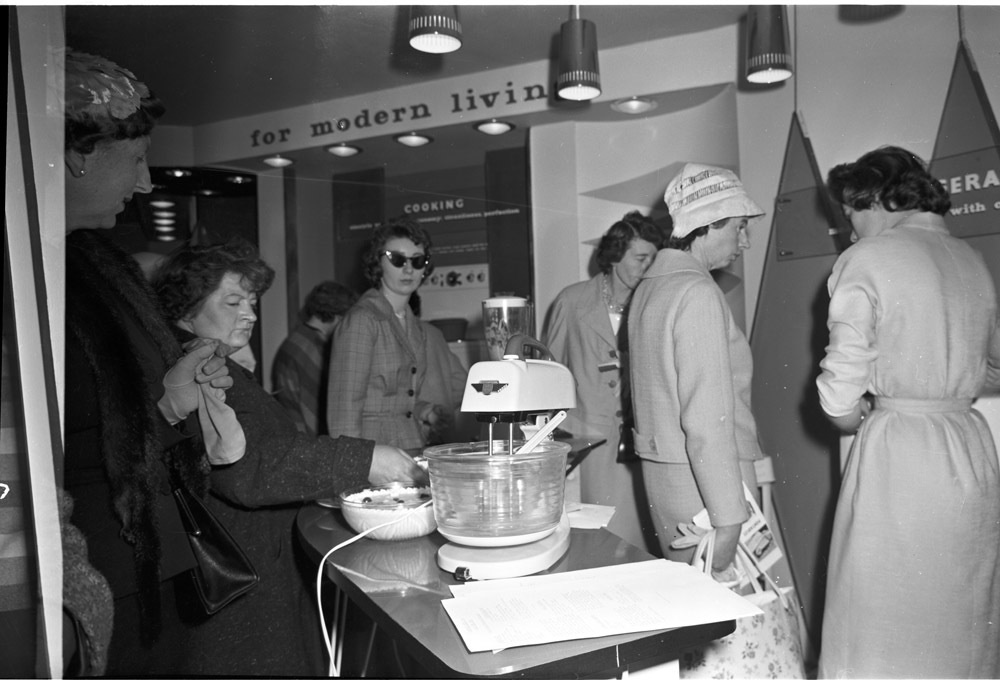 As well as showing the products and innovations of the time, the online collections also include the marketing communications that were developed to promote these products to households all over Ireland, giving a real insight into social norms of the time. Together with infographics relating to various projects and schemes, these images create an invaluable aid to understanding the ESB story and its role in the modernisation of Ireland. You can check out some of the adverts out here. Image below is a print advert from 1930 © ESB Archives 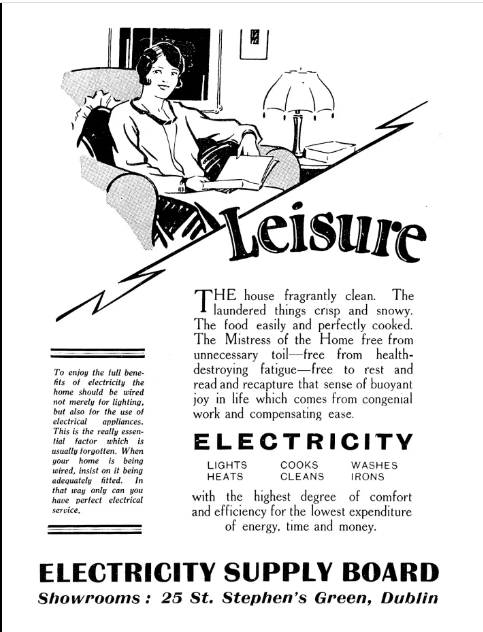 ‘We are delighted to share our proud ESB heritage to a new global audience by unlocking content from ESB Archives in a unique virtual archives experience. We hope our new interactive website will evoke memories of the contribution that ESB has made to the economic, social and cultural development of Ireland over the past ninety years particularly bringing rural electrification to the heart and soul of each community in Ireland’.

Of interest to Ireland Reaching Out members 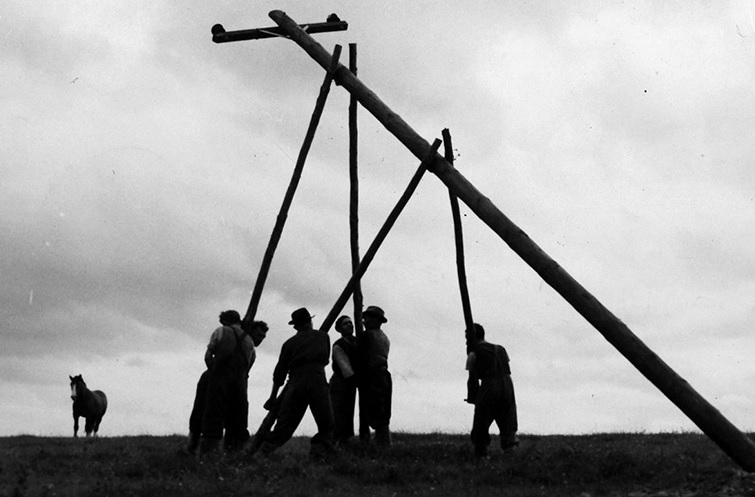 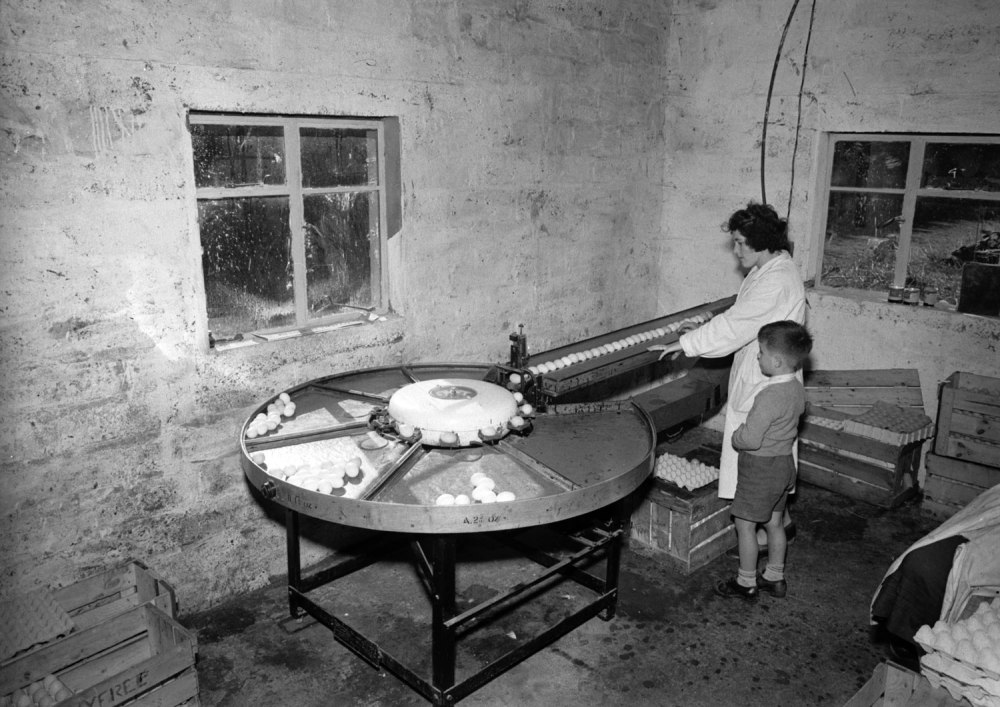 Pictures above: "Erecting the Poles" and "The delights of egg sorting" © ESB Archives

70th Anniversary of Rural Electrification - lighting up minds and homes

In 1946, 400,000 home in Ireland required electricity.  The Electricity Supply Board (ESB) implemented an ambitious plan to bring electricity into every one of these homes and over the following 20 years, brought power to over 80% of all rural dwellings.2022 marks the 76th anniversary of the beginning of the Rural Electrification Scheme, the ESB Archives has produced an Interactive Map detailing when electricity was connected to each of the 792 rural areas.

Throughout the year Archivists hope to enhance and expand the content, developing and explaining what happened in each of the 792 local areas. 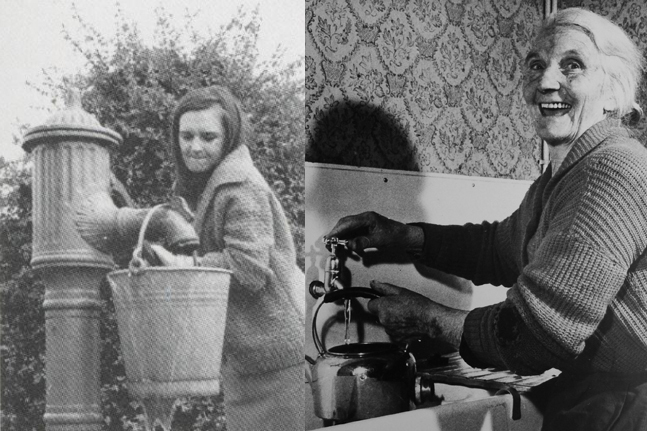 Visit the the ESB Archives at www.ESBArchives.ie

Contact the ESB Archives at Parnell Avenue, Harold’s Cross, Dublin 12 (they are open by appointment to anyone with an interest in the history of ESB).

Guide to Using the Message Board

Making the Most of Your Ancestor Photos