Irish proverbs (or Seanfhocail Ghaeilge) are a great insight to Irish culture, superstition, and way of life. In many ways, they can be seen as life lessons or morality tales wrapped up in short phrases imparting some valuable piece of information. Oftentimes they are profound and funny but sometimes they leave you scratching your head! Have a read of some of the proverbs listed below and without cheating by reading the explanation, see if you can figure them out! 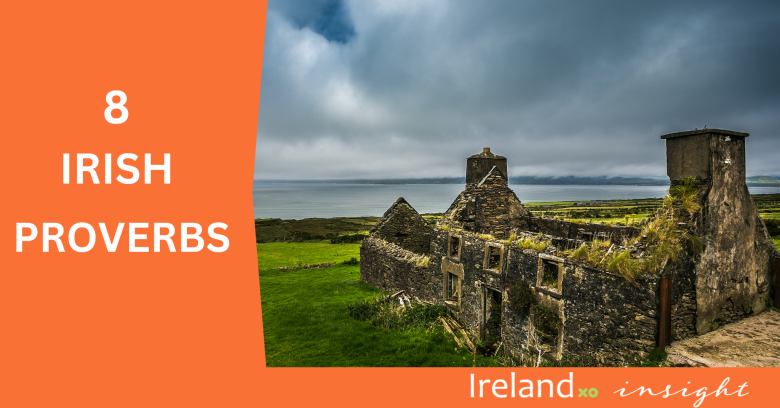 What would the cat’s son do but kill mice?

Explanation: Why would the child behave any other way when its parents are the very same?

The cat purrs for its own sake

Explanation: No one does something without a reward

Better a son a gambler than a son a drinker

Explanation: Drinking is worse than gambling

The water isn’t missed until the well dries up

Explanation: You don't appreciate what you have until it's gone

“I’ve seen you before,” as the cat said to the boiling milk

Explanation: Everyone should learn from their mistakes

The truth is not believed from a liar

Explanation: Liars are not believed and crying wolf is dangerous

Explanation: She isn't yet used to her new role/new situation. Often said about someone newly married.

Under the shelter of each other, people survive

Explanation: No man (or woman) is an island. This is an Ireland XO favourite!

You can read a more extensive list of hundreds of Irish proverbs at A Miscellany of Irish Proverbs published and made available for free online by www.archive.org, an online, non-profit library. The original text was written by Thomas F. O'Rahilly, Professor of Irish at University College Dublin. 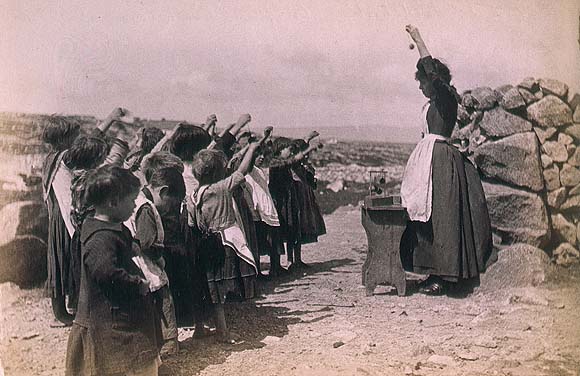 Ní bhíonn rath ach mar a mbíonn smacht - There is only success with discipline. School in Connemara, Co Galway © NLI

What can we learn from them?

What these pearls of wisdom provide is a window into a way of life that is no longer seen in Ireland anymore. Our dependence on technology for farming, to predict the weather, for communication and for travel has taken much of the mystery out of life. While we no longer question as much how or why things work (we have Google for that!) we still wonder about the same things our ancestors did - the meaning life and death and our place in the world. The proverbs and sayings of our great-grand parents reflect this and give us some insight into their hopes, fears, desires and inadequacies.

As part of our social history we shouldn't overlook what these simple phrases can tell us. So, while you are collecting information from the Census, the parish records or Griffith's Valuation don't forget to think about the wider social environment that shaped your family's life in Ireland.