The Irish in India

The history of the British in India is well-documented, but what of the Irish who went to India to teach, serve in the military, and work in the civil service? The following accounts tell of three Irish individuals who became famous and infamous for their actions, good, bad, and downright ugly, in India. 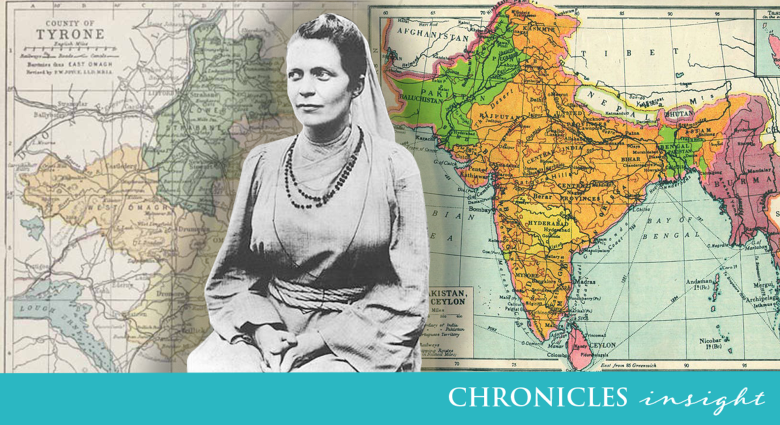 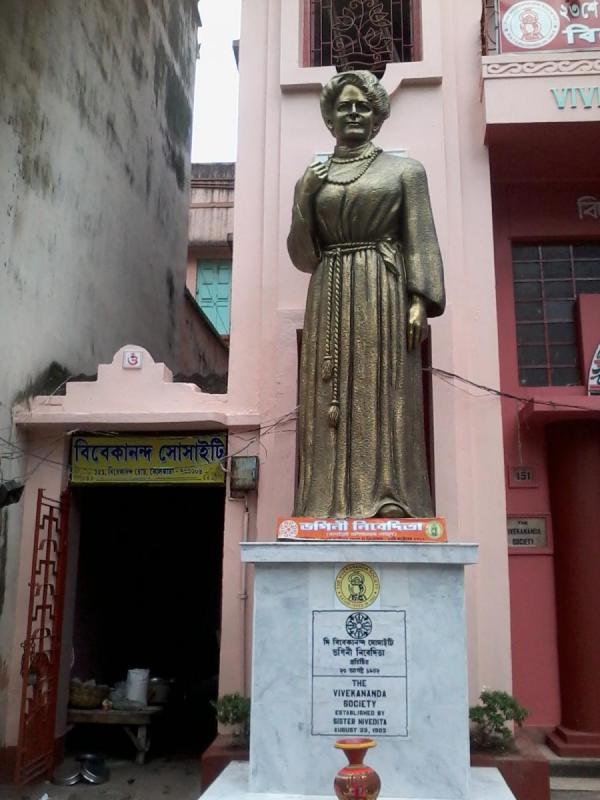 Margaret Elizabeth Noble was born in Dungannon, Co. Tyrone on the 28th of October 1867 to Samuel Richmond Noble and Mary Isabella Hamilton. She trained as a teacher and began her first teaching post in Keswick in 1884. Margaret worked in a number of orphanages and poor mining towns. She became involved in the establishment of the 'New Education' and in 1892 established her own school.

A devout Christian from youth, whilst on a spiritual search for truth, Margaret discovered the teachings of Buddhism. She became fascinated by eastern religious teachings and read deeply on the subject. In 1895, she met Swami Vivekananda, a prominent Hindu man. Swami Vivekananda saw great potential in Margaret, as he believed that she was the right person to bring education to the women of India. Margaret left her entire life behind and travelled to India, arriving in Calcutta on the 22nd of January 1898. She took vows of Brahmacharya and took on the name Sister Nivedita, which means 'the dedicated one'.

Sister Nivedita travelled extensively throughout India, but it was in Calcutta that she would do her most important work. In November 1898 Sister Nivedita established a girls school in Calcutta. She also went directly to the homes of the poorer girls so as to ensure that their family's financial status did not deny them an education. Though she was often met with discouragement from male family members, Sister Nivedita persisted and continued to teach the girls of Calcutta. She financed the school herself by selling her books and speaking at conferences.

In 1899 India was the scene of a catastrophic plague that killed about 10 million people. During the epidemic, Sister Nivedita dedicated herself to nursing the sick and working tirelessly to clean the city. She encouraged others to help in whatever way that they could and wrote to newspapers in England to spread awareness of the epidemic and request relief.

Sister Nivedita died on the 13th of October 1911 at the age of 44. She had dedicated her entire adult life to the education of young women and the betterment of life in Calcutta.

John Nicholson was born in Dublin on the 11th of December 1821 to Dr Alexander Jeffrey Nicholson and Clara Hogg. His parents were Scottish Protestants who had come to Ireland with the Ulster Plantation. When he was nine years old, John Nicholson’s father died of a disease contracted from one of his patients.

At the age of 16, Nicholson received a military commission in the Bengal Infantry. He spent some time in London, learning about the customs and way of life in India before boarding a ship to the country where he would earn his fame (or infamy, depending upon how you look at it) and also meet his death at a young age.

Nicholson’s military career took off quickly. He was highly decorated for his bravery. During the First Anglo-Afghan War, he was held captive for six months. After his release, he was on his way back out of Afghanistan, but after an attack, while retreating through the Khyber Pass, he was horrified to discover the mutilated body of his younger brother, Alexander. It is believed that this period of captivity, followed by the trauma of finding his brother’s remains, gave Nicholson a deep hatred for the people of both Afghanistan and India and that it was this which made him into the cruel, hard-hearted man that he would become.

During the years of the Anglo-Sikh wars, Nicholson fought bravely in a number of battles. In 1849 he was awarded the position of Deputy Commissioner of Bannu. It was at this time that he earned his zero-tolerance reputation. He was ruthless in his mission to bring peace. Strangely, his harsh treatment of the people resulted in him becoming a highly respected, and in some cases, even worshipped individual. His methods saw an almost complete eradication of crime. He became known as Nikal Seyn. He was treated as a saint and worshipped in a cult-like manner. This cult lasted far beyond Nicholson’s lifetime, well into the 1980s. Not one to be flattered by such treatment, Nicholson would beat those that he saw worshipping him, as it went against his Christian beliefs.

Nicholson became the subject of some extraordinary tales. It is said that after a failed assassination attempt, he kept the severed head of his attacker on his desk as a statement of his power. He also had an entire team of cooks hung without trial when it was discovered that a batch of soup had been poisoned.

Nicholson played a pivotal role on the front lines of the Indian Mutiny but was mortally wounded in battle and died at the age of 35. He was buried in Delhi.

Michael O'Dwyer was born in Barronstown, Co. Tipperary on the 28th of April 1864 to John O'Dwyer and Margaret Quirke. In 1882 he went to Oxford for three years of training for the civil service in India. In 1885 he travelled to Shahpur, India, where he was appointed to the role of Assistant Commissioner. O'Dwyer soon rose through the ranks gaining a number of accolades along the way. By 1913 he was Lieutenant-General of Punjab. In 1917 he was made a Knight Grand Commander of the Indian Empire, the most prestigious award granted by Queen Victoria for service in India.

In 1919, an event occurred in India which would seal O'Dwyer's fate, though it would be several years before he would reap what he had sown. This was a time of intense civil unrest in India, as the people were campaigning for an end to British rule. In April 1918, a military commander, Reginald Dyer, declared martial war in Amritsar, outlawing all protests and political gatherings. Upon learning of a gathering at the Jallianwala Bagh, Dyer went there in an armoured car and had his men open fire on the men, women, and children gathered there, killing 379 people and wounding 1,200. When he told O'Dwyer what he had done, O'Dwyer sent a telegraph, "Your action correct and the lieutenant-governor approves".

O'Dwyer continued to support Dyer's actions, even when the British Labour Party condemned him and called for a trial. Dyer was forced to resign in disgrace, yet even then O'Dwyer remained steadfast in his support of the Amritsar Massacre. O'Dwyer returned to England in 1925.

On the 13th of March 1940, O'Dwyer attended a meeting at Caxton Hall, London, where he was shot and killed by an Indian man named Udham Singh, who had witnessed the Amritsar Massacre as a child. Singh was hanged for the assassination, but went to his death with pride, stating at his trial, "I am not scared of death. I am dying for my country".

O'Dwyer is remembered in infamy for his condoning of the Amritsar Massacre and his refusal to acknowledge the barbarity of the event, even when faced with the disapproval of his peers. Though he was not the one who gave the order to fire, his validation of the decision sealed his fate and tarnished his reputation and career in India with the blood of Dyer's victims.

Click on the images below to learn more about the entries that inspired this Chronicles Insight. 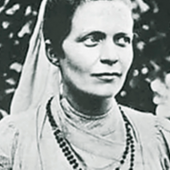 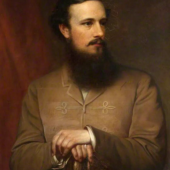 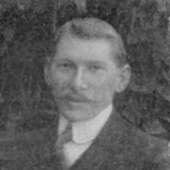 Do you have Irish ancestors who had Indian connections? Perhaps you are living in India and have Irish ancestry? Let us know about the people you are descended from by sharing them on the XO Chronicles

This Insight has been produced with support received from the Heritage Council.