In the 19th and early 20th centuries, the freedom to leave Ireland and earn money was one of the best ways young Irish women could create meaningful lives for themselves outside of what was often a rigid religious and social culture. It was an accepted reality that young women emigrated independently without the support of a husband or brother. This meant that they could make their own decisions and enter employment as well as leaving behind the endemic poverty experienced in Ireland. 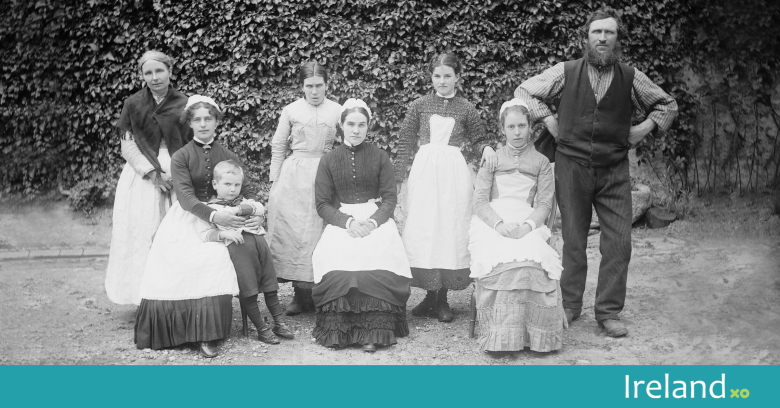 Picture above: Austin's servants from the Poole Photography Collection at the National Libary of Ireland

The Big House - A Route to Independence

Emigration for some, was also an escape from the crushing social class into which they had been born, dictated by their gender as women. Work for single women allowed them to help out their family back home in Ireland and this is possibly why many Irish girls waited longer to marry, so that they often had 5 or 6 years of work behind them in their adopted country. It could be said too, that having access to and influence over a cash income, allowed them to become more independent and autonomous in ways that women who stayed behind in Ireland did not experience to the same degree.

Leaving Ireland with a skill or profession gave Irish emigrants a distinct advantage over their fellow travellers. Many women and young girls recorded their occupations as ‘servant’ or ‘domestic’ on the ships’ passenger manifest, though the level of training or experience they had was often negligible. For those who had lived in Ireland in parishes where the Big House operated, women could potentially find work and learn their trade. Over 116,000 females were listed as a ‘servant’ or were recorded as the child of a servant in the 1911 Census of Ireland, for example. Many of these were employed by landlords so that the day-to-day running of their houses could be taken take of – fires cleaned out and lit, meals cooked and clothes and bedding washed and the men and ladies of the house generally attended to. 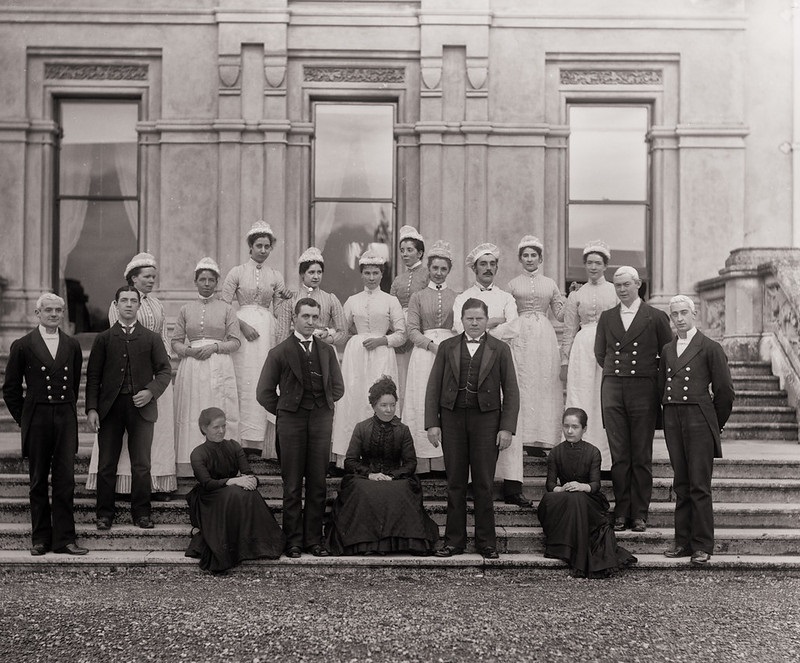 Picture above: A photo of the household staff of Curraghmore House, Portlaw, Co. Waterford. Circa 1905. National Library of Ireland Ref: POOLEIMP 143

Outside of this work as a general domestic servant, the Big House provided opportunities for women as chambermaids, scullery maids, charwomen, cooks and waiting maids. Other girls who were lucky to find work in the bigger cities could be employed as attendants in ladies waiting rooms in public places like railway stations.

Of course, not everyone could be so lucky and jobs like these listed above once secured were closely guarded. For the girl who left for America and arrived in a big city, domestic and serving jobs were available. Many found themselves living and employed in the boarding houses that sprang up to cater for the large numbers entering the country, particularly big towns and cities were construction workers came to work on the railways or in the mines. The ability to clean and quickly serve up food was a valuable skill.

Those who worked as domestics in what today would be called the ‘service industry’ were paid little for long hours. High income families who didn’t employ an African American servant usually had an Irish girl on their staff. One advantage with these positions was that not all of the staff held live-in positions but could return to a boarding house or to their husbands and children in their own homes each evening (though the proportion of married females working outside the home was very, very low). Domestics were often seen as well-fed prisoners at best, as from the beginning of the day until the end, they were at the behest of their masters and mistresses.

Mary Shelley née Brennan was one such Irish girl to leave the country for the United States. She was baptised in Dalystown, Parish of Rochfortbridge, Co. Westmeath on 25 February 1858, the daughter of Michael Brennan and Mary Kainan. Mary is found on the 1870 US Census working as a servant in the West Point, New York cadet mess hall. She reported as 19 years old, giving her birth year about 1861, despite her baptism recorded as 3 years earlier. It was through her job that she likely met John Shelley and the couple were married on 31 May 1885 at Sacred Heart Church, Highland Falls, NY.

Mary was the eldest and had two brothers, Joseph and Michael, and three sisters, Catherine, Margaret and Ann.  Her father Michael is recorded in the Griffith's Valuation renting a house and land from Charles Pilkington on lot 10a, measuring just over 1 acre.  It would have been very difficult to support a family on this small plot, and this was probably one of the reasons for Mary’s decision to leave. She died on 7 July 1935 and is buried in Union Cemetery, Highland Falls, NY.

Elizabeth Lally was the embodiment of the type of Irish girl leaving for a new life. She sailed aboard the Baltic from Queenstown, to Boston, MA in 1905, initially arriving on Ellis Island, NY on 24 February. Her occupation was listed as ‘servant’ and she was just 15 years old. The ship’s manifest recorded a nephew who travelled too, though no first name is provided. Elizabeth’s passage was sponsored by one of her sisters. She continued working in New York as a servant and as each sister came to the United States they worked and sent money home for another sister to come over. Some of the sisters and an only brother, Martin, chose to remain in Ireland.

Never one to be idle, Elizabeth worked into her 70's, her last job working at the Rectory at her Church in Beacon, NY. She died in Rhinebeck, NY on 26 September 1980. She is buried in Moosup, CT with her son Jack and is remembered by her grandchildren and descendants.

Winifred Farrell Burns was another young woman who made the journey to the United States.  She was born in Lisadaly, Killukin, Co. Roscommon in September, 1853 and was the daughter of George and Bridget Higgins Farrell.  She was the youngest of five siblings that included Martin born in 1839, Edward born 1841, Bridget born 1844 and Patrick born 1846. Three of these children left Ireland for a better life. Winifred emigrated to New York City aboard the City of Richmond, in 1874.  She settled in Elizabeth, New Jersey where she married James Burns/Byrne in July, 1880.  There she had 8 sons, 5 of whom lived to adulthood; James, Patrick, Edward, George, Frank and Charles.

Ultimately, Winifred's story is one of kindness and generosity as she worked to help many Irish girls who followed her, sheltering them and helping them to get employment. These girls mostly worked as housekeepers, cooks and servants. This worked allowed them in turn to help their families in Ireland. Winifred died in Elizabeth, New Jersey, May, 1926. She is buried with her husband, James and sons, James, Patrick and George.

Over their working lives, women could save thousands of dollars, some of which was returned to Ireland. The growing urban middle-class required and demanded domestics and Irish girls filled these roles in massive numbers. While leaving Ireland separated a girl from her family, remittances sent back allowed for other family members to emigrate too, thus bringing brothers and sisters back together again. As such, these women were a crucial economic lifeline.

Read more about the women featured in this article 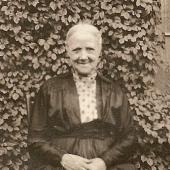 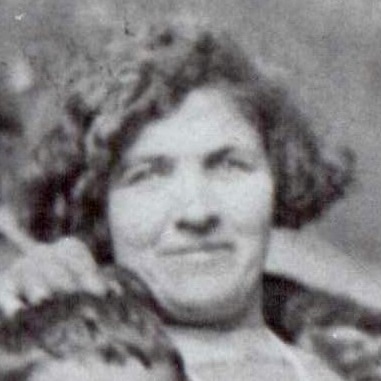 Did your Irish ancestor work as a servant or housemaid when they emigrated? Perhaps they had gardening or other relevant experience gained from working in the Big Houses in Ireland and were able to use this to get employment abroad? Share their story on the XO Chronicles and connect with their place of origin and those connected with the same place, living around the world today.

Have you heard about Irish Roots Magazine? 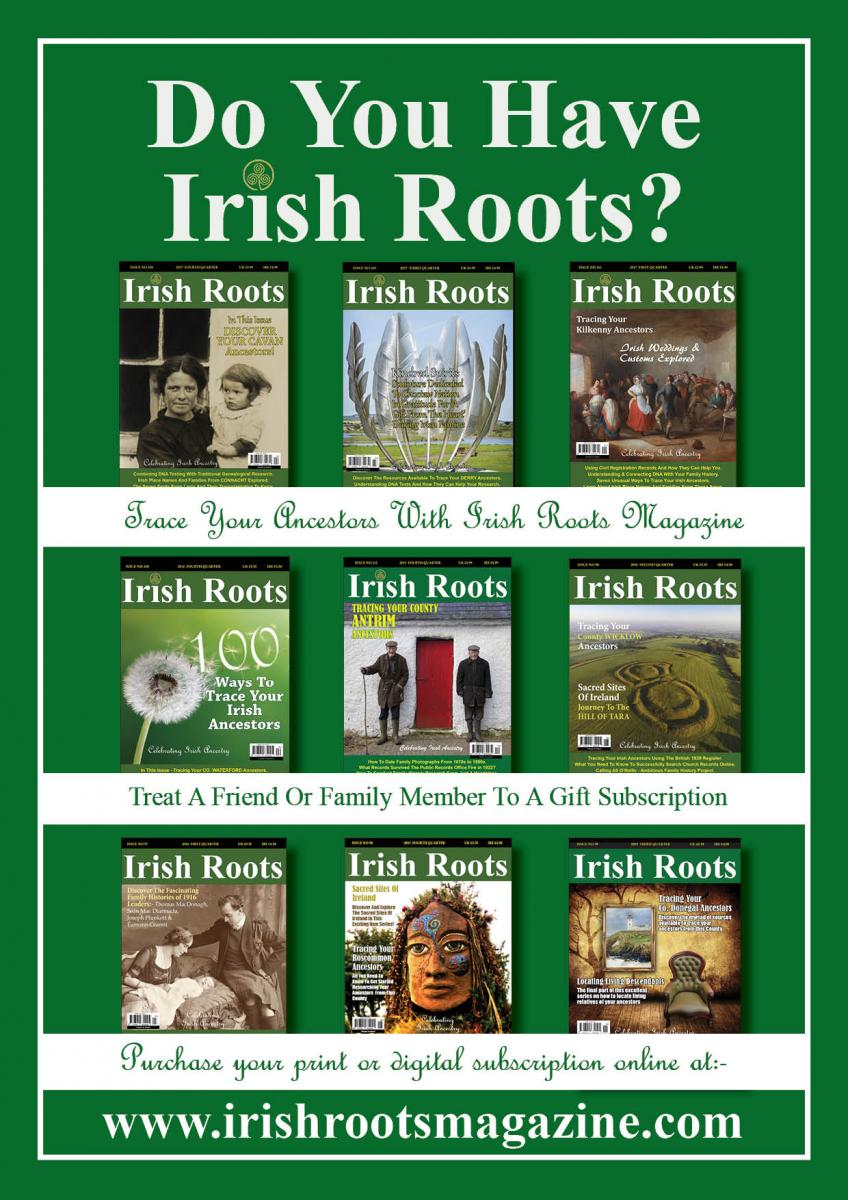 resource for everyone endeavoring to discover their ancestors from the family history enthusiast to the more experienced genealogical researcher.  Irish Roots magazine is published in March, June, September, and December.  A digital subscription costs only €19.99 and is available from
(check out the price in your local currency by scrolling on the currency tab on the top right-hand side of the site page).  A print subscription starts from €35 (including postage worldwide) the rate may vary slightly depending on where you are located.  To purchase a print subscription simply visit: https://www.irishrootsmedia.com/shop/subscriptions

Irish Roots magazine is a celebration of Irish ancestry, heritage, culture and traditions.  Subscribe today and get connected with your ancestors, overcome the hurdles and challenges of Irish ancestral research and have some fun along the way.  Visit www.irishrootsmagazine.com for more details.