Co-written and researched by Diego Albano, Ph.D.  Diego graduated from the University of Verona in 2006, then moved to Dublin to pursue a PhD in history. He's always been interested in social history, folklore , and rites of passage. As a research subject, the Irish burial customs of the poor attracted his attention as a perfect synthesis of such interests. 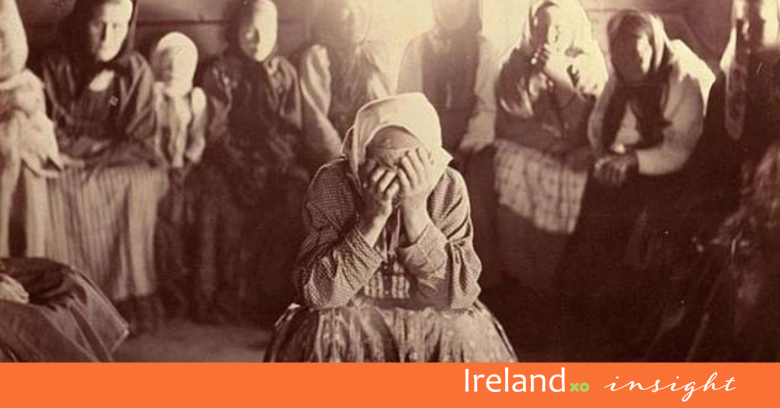 The traditional “Merry Wake” represented the core of the funeral customs of the poor. Opposed by the Roman Catholic clergy throughout the nineteenth century, the “Merry Wake” was performed right up to the first half of the twentieth century. It's a legendary custom, the subject of many contemporary accounts, as well as many prohibitions issued by the clergy. Descriptions of the Catholic “Merry Wake” reported in contemporary accounts in the pre-Famine period focused on the “debauchery”, merriment, and the heavy consumption of alcohol that were, according to commentators, invariable features of these gatherings. Other items such as food, tea, and tobacco were offered by the bereaved family whereas tea, butter, and jam were offered in the second half of the nineteenth century Post-famine contemporary accounts do not differ considerably from the image of unrestrained merriment depicted by earlier sources. However, by the end of the nineteenth century, as the attention of middle-class observers focused on the excess of drink at wakes, contemporary reports are devoid of further details, such as the actual performance of wake games or the keening of the dead.

Church regulations against wakes were issued throughout the whole nineteenth century, with the only exception of the Famine years. The main concern expressed by the Catholic hierarchy was related to the unruly behaviour common at wakes, such as the playing of “wake games”, dancing, smoking tobacco, and heavy consumption of alcohol. The latter, in particular, is frequently mentioned in contemporary sources as a cause of “disgrace” at the funerals of the lower classes.

Disciplining wakes was a task that fell mainly upon the shoulders of the lower clergy. However, the all-importance of alcohol in nineteenth-century Irish society also encompassed parish priests. According to Cardinal Paul Cullen, one of the most important figures in the nineteenth-century Irish Catholic Church, intemperance among the lower clergy in the diocese of Tuam was widespread. He first wrote in 1876 that he had

“heard that drunkenness prevails in the diocese among the priests”.

One year later Cullen was informed by the Vicar General of Dun Laoghaire, Monkstown and Glasthule, Edward McCabe, that there was a “great problem with drinking in [the] Tuam diocese”. Cullen was also informed that “At least 26 priests have died suddenly from drunkenness.” Although this last remark does not testify in favor of the truth of rumors reported by McCabe, concern about clerical intemperance had reached Cardianl Cullen from various sources since the early 1850s. The need to reform the habits of the clergy was also expressed by the bishop of Ardagh and Clonmacnoise, John Kilduff, as early as 1854. He stated that some priests were addicted to drink.

Only when death was “unnatural” or “untimely,” the poor would avoid a proper wake. Death by suicide, for instance, was “looked on by a kind of fear,” according to a witness to the Irish Folklore Commission. That is why there was no “special provision” for them, which in turn meant no proper funeral. This negative attitude is mirrored across nineteenth-century Irish society. The same can be said for the far too common death of infants. No wake was to be held in such cases.

But these were the exceptions. A good send-off was the backbone of the poor's social fabric. It never faltered, not even in the face of deep indigence. Only the greatest tragedy of nineteenth-century Ireland put a silence to the merriment of the wakes, contributing to a collective scar that never completely healed.

The wake started right after death occurred, with the “laying out” of the corpse – preparing and exposing the corpse for public view in the family house – which was provided by non-professional carers: almost exclusively women of the village, helping hands who would gather around the family of the deceased at such critical moment. After the corpse was washed it would be covered in white linen with black ribbons covering the rims.

As the corpse was laid out, the keening of the dead could finally take place, once the night had set in. The keening, or Caoineadh, was a ritual lament performed by “professional” keeners, depositaries of the oral tradition to which the lament belonged. It was the great pagan goddess Brigid that is said to have introduced the custom of keening, following her own son's death. The cry marked the start of the wake, intensifying then at each crucial moment of the ceremony. Keeners would raise their lament

The lament was also performed at intervals between the wake house and the graveyard. Similarly, to the laying out of the corpse, the keening was a prerogative of women. They were given food and alcohol for their services.

As soon as a person died, relatives or friends would buy a number of items for the funeral ceremony and these typically included a half barrel of porter, a gallon of whiskey, snuff, tobacco, and of course clay pipes. Before the arrival of mourners, clay pipes or “Dúidíns” as they were called, were laid out in the room of the deceased normally on a table next to the body. It was customary that each male mourner would take one puff in order to keep the evil spirits away. This clay pipe was considered one of the most important parts of any wake and was considered improper to be without them. Traditionally, the shank of the clay pipe was dipped into some Guinness or whiskey, a process that scaled the mouthpiece and imparted a good flavour to the clay for the smoker.

Each use of the pipes being accompanied by the mantra Seacht lán reilic Padh-ruig agus tomba Ghriosd go bheannachtaibh le h-anam na marbh (‘Seven days in the grave, ’till you rise to the blessed souls of the dead’) as a prayer for the dead. 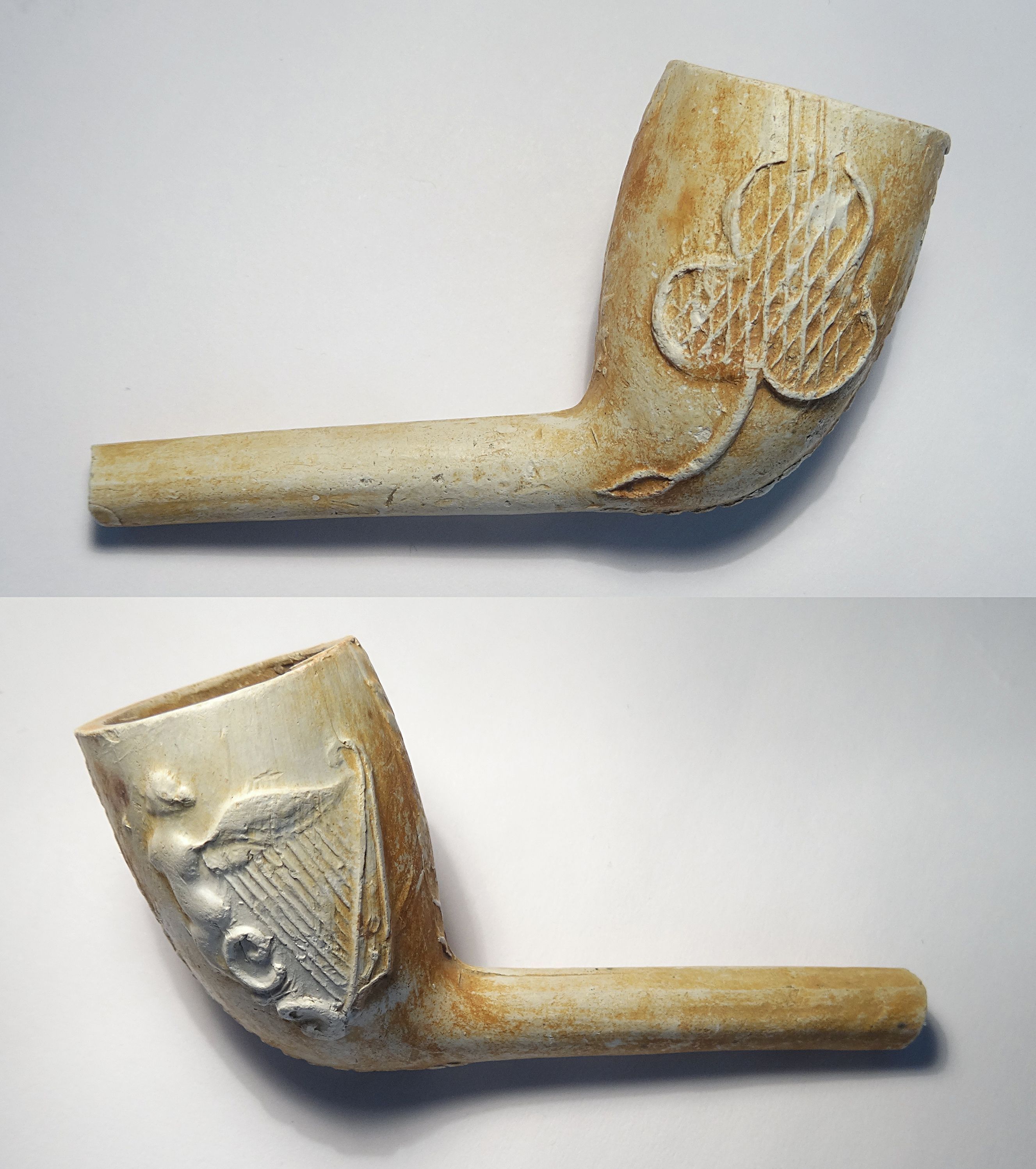 FACT #4 - There were many Wake superstitions

There was much preparation to be done in addition to laying out the body which included many superstitions such as;

Alcohol and games were indeed a fundamental part of wakes. The “Merry Wake” was an occasion to celebrate the life of the deceased, while reasserting communal ties by gathering around the bereaved family. It was an organized protest against death, a party in honour of the continuity of life. As such, there were no prohibitions that could stop it. Not even by the all-powerful Irish Roman Catholic Church. The National Folklore Collection give rare accounts of direct personal memories of wake games taking place from 1930's onwards.

A descriptions of a wake game taken from the National Folklore Collection:

I remember to be at a wake in Enniskean one night, an’ such a wake as that was. Twas more like a wedding than a ‘wake’ with all the fun that was there. We laughed enough at an old fellow that rambled in late in the night: he couldn’t find any ‘sate’ to ‘set’ on, so he went off an’ stretched on top o’ the coop.

He wasn’t long stretched when he was sound asleep for himself. The ‘fine boys’ were watching him to play some tricks on him. An’ what did they do only tie him to the coop with cords. The poor fellow was snoring away ‘til coming on morning. He woke up an’ tried to turn himself, but finding himself tied he got a fright for he didn’t know where he was after waking out of his sleep. He made one leap to come off the coop, an’ brought coop and himself down about the house. There was noise then though.

Hens were flying about an’ cackling an’ the fellow under the coop, roaring to take it off him. There wasn’t wan in the house could go near him with laughing. He cracked the cords, struggling, an’ it was some time before the hens were settled down again.

The same night, there was another old man fell asleep near the fire. He was stretched on the flat of his back on a bundle of straw. He had a fine big whisker. The ‘fine boys’ were planning some trick to play on him.

What did they do, but get a razor, soap and water an’ shave him while he was asleep. The old man woke up, he didn’t take any notice of the laughing around him. He struck off for home, coming on morning but the lads followed him to see would he frighten his wife.