Image Courtesy: A masker gets his face painted for the 1911 parade. GEORGE GRANTHAM BAIN COLLECTION (LIBRARY OF CONGRESS) 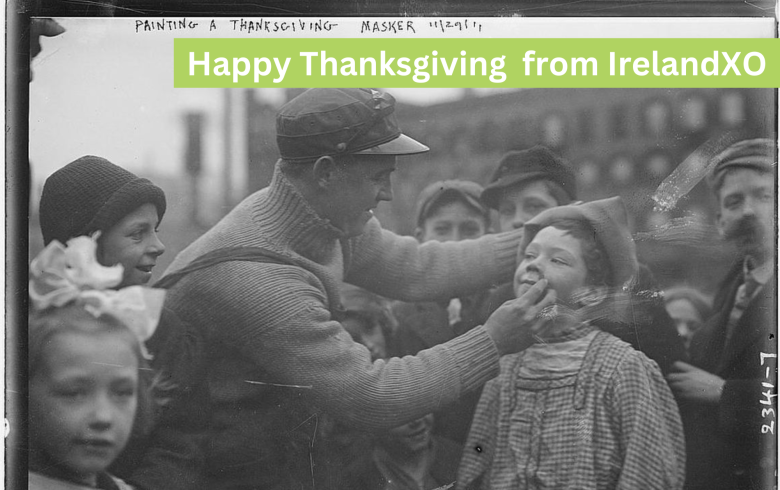 We've connected thousands of people on the IrelandXO platform via our;

Browse through our selection of meet and greets this Summer HERE, there are connections from all over the world included!

Longtime IrelandXO friend and volunteer Rua has shared some lines of one, of our favourite Irish Blessing to wish you all a beautiful Thanksgiving Day. This particular Irish Blessing is known and recited the world over and is centered around the wind, sun, and rain. Click here to listen to Rua recite the blessing 'as Gaeilge'! 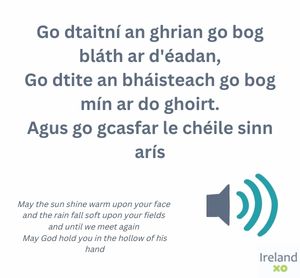 Particularly popular with Irish immigrants, Ragamuffin Day was a central feature of Thanksgiving Day throughout the early 1900s. In a time before Halloween Ragamuffin Day established around 1870, saw children from districts all over New York dress as beggars and go door to door in search of candy. The tradition continued well into the 1940s when parades were commonly featured as part of the day's celebration. 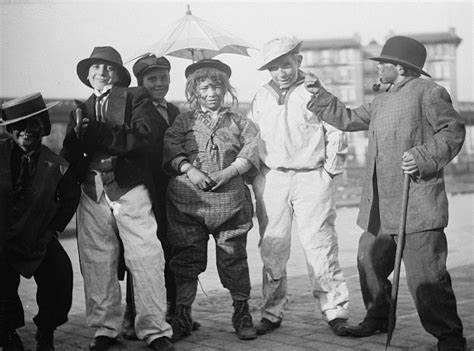 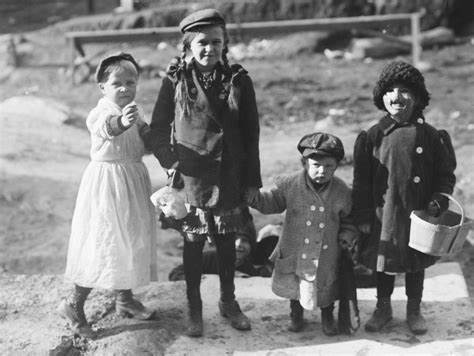 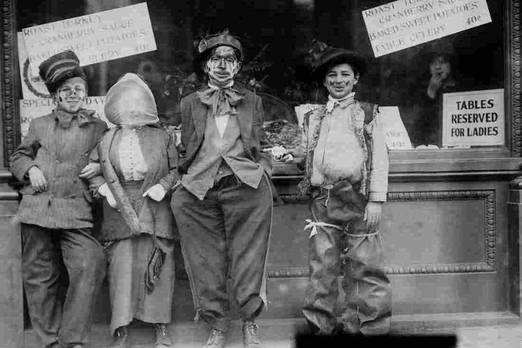 Robert Martens posted this video on YouTube showing kids in 1940s New York, dressing up like paupers and going door to door “begging” for money.

November is usually gray and overcast.  The days are short and winter is closing in.  There might even be a bit of snow floating, but only a small amount.  School is out for a long weekend and parents are enjoying that same time off   The aromas, though, of a home-cooking Thanksgiving dinner is savory and rich.  It’s a holiday and it is always the 4th Thursday of November.

My family of 7 was very relaxed on this November holiday.  The siblings managed their own time for the morning and my parents did things that parents do.  Many times I walked to the neighbors who lived down the street.  It was enjoyable to learn how they were celebrating their Thanksgiving – what they were cooking, what looked good and what might be available for a taste. 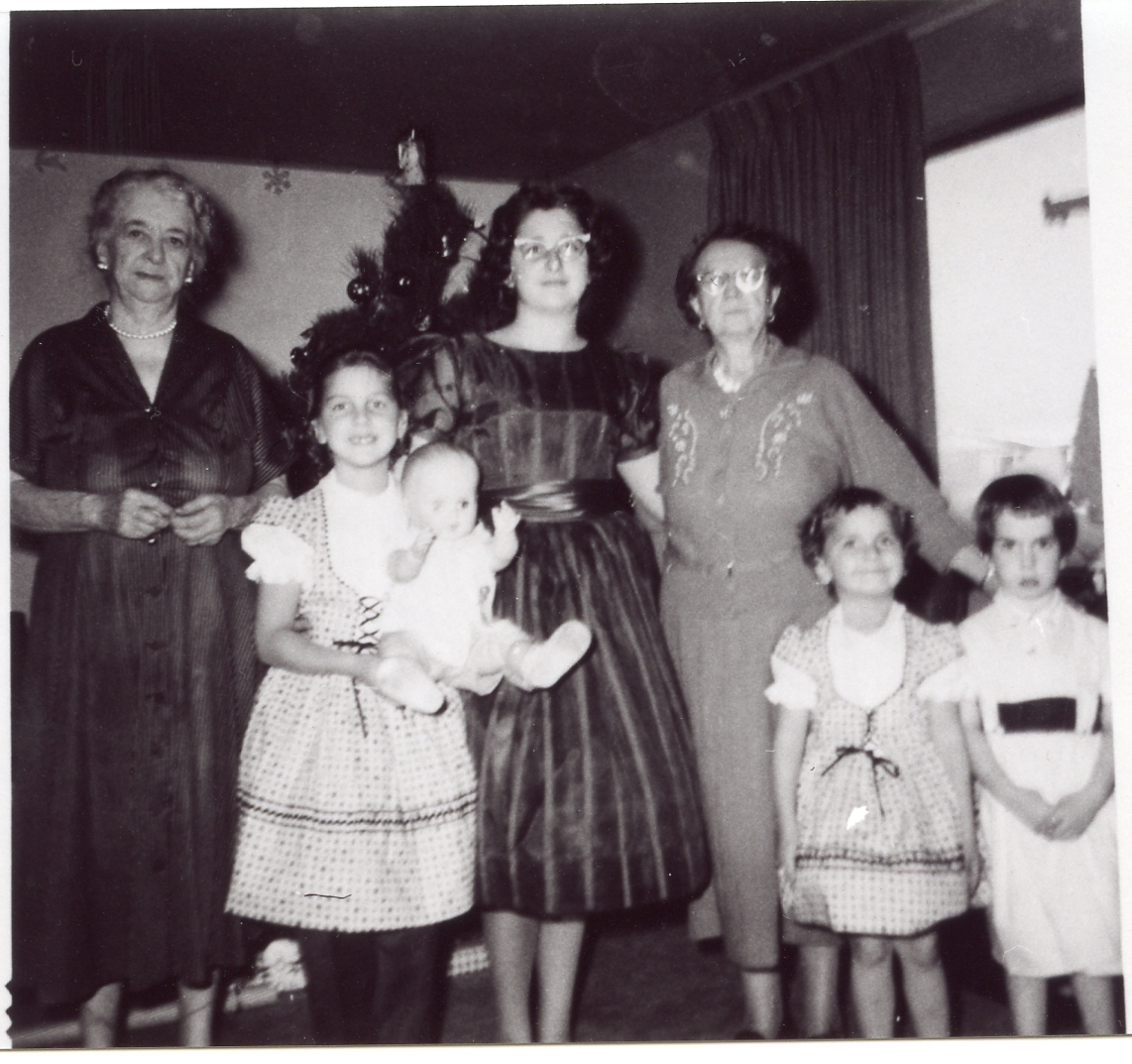 For many years, my family spent Thanksgiving with my mother’s family.  My Uncle Ed and Aunt Reg lived in Addison, my family in Hinsdale, both outside Chicago.  About 1:00 pm we would all scramble into the car (some calling window seats) and drive the 45 minutes to Addison.

Once there, we would engage with the cousins – there were two that were close in age.  There was time spent playing games, roller skating and drinking Cokes.  We were relegated to the basement or sent outside while dinner was prepared.  Much of the dinner had been in the oven for hours already.  Again, the aroma of the holiday.  My Mother’s parents and occasionally my Father’s Mother were chauffeured in from the city for the occasion.  I am certain my Mother would have baked or cooked something to add for dinner, but I hate to admit I never noticed. 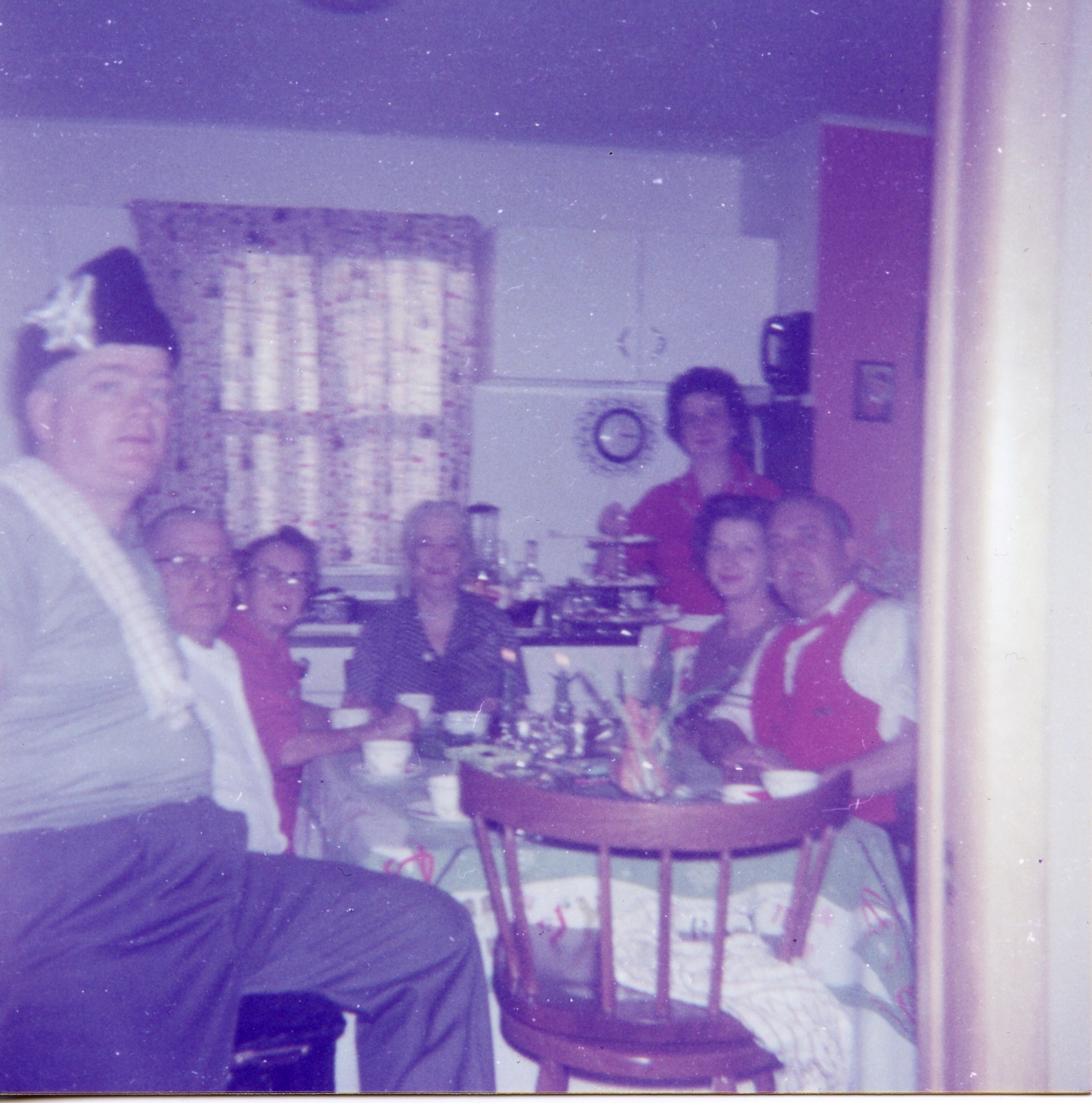 By 3 pm, the tables were set, the turkey cooked.  There were always two tables – as I am sure there are for many holidays everywhere.  The children at one, the adults at another.  We would talk and enjoy a traditional Thanksgiving of turkey with stuffing, cranberries, mashed potatoes and gravy, several different vegetables and warm, fresh baked rolls.  A pumpkin pie for dessert with cream was always served.  Turkey stuffing was dish of its own.  It could be a bread stuffing or something as elaborate as an oyster stuffing.

As the cousins got older, we all grew apart into our own worlds.  The older cousins got married or moved away.  Thanksgiving at my Aunt’s had been the norm, but then the holiday changed.  By the time my siblings were in their teens, my family hosted their own Thanksgiving dinners.  Since we were all older and had more varied interests, the talk turned to politics and sports, news of the day or school.  College football games ran non-stop in the background.

Through the years, the time, place and group of people have changed, but the day has the same feel and flavor.  This year, my son and his fiancé, will host our family Thanksgiving at their home in the city.  My daughter will finally be able to take some time off and take advantage of the long weekend with a trip to New Orleans.  Times change and traditions change, but gathering with people we care about gives the Thanksgiving holiday its warmth.

Happy Thanksgiving to all.

Origins of Thanksgiving & the Lyon arriving in Plymouth

The origins of the holiday go all the way back to those first few pilgrims who crossed the Atlantic to brave the wild frontiers of the vast new world. The story goes that the pilgrims shared a bountiful feast with the native people in an act of peace and friendship. Interestingly, there has been some question regarding exactly how the pilgrims managed to source the food for this incredibly significant meal. There are two different explanations for this, one is that the harvest of 1621 was especially bountiful and that the pilgrims used the great feast as a means of giving thanks for their good fortune. However, there is another story that may have been the true origin of this long-standing holiday.

It has long been understood that life was extremely difficult for the first settlers in America. After a long, arduous journey across the rough Atlantic ocean, the pilgrims found themselves in a strange new land, without the modern comforts to which they were accustomed. They were met with dangers and challenges at every turn, and for many of these challenges they were simply unprepared. One such issue came in the form of the cold harsh winter months. They had no idea just how difficult life would be in those months of snow and freezing temperatures. The winter of 1630 was a particularly harrowing one, and it seems that many of the pilgrims were considering giving up on their lives in the new world and returning to their countries of origin. Such was their discomfort that they were willing to undergo the difficult trans-Atlantic journey once more. There are some sources that state that the pilgrims were barely surviving on a diet of shellfish and nuts. However, all that changed on the 15th of February 1631, when a ship called the Lyon landed in Plymouth. The ship was captained by an Englishman named William Pierce (1591-1641) and had been sent from Dublin by a local merchant whose daughter was married to one of the pilgrims. The ship was only carrying 20 passengers but was heavily laden with much-needed provisions for the hungry pilgrims. So joyful and relieved were the people of Plymouth to receive such a bounty, that they held a large feast in thanks for their good fortune in being saved. The 20th of February had previously been established as a day of prayer and fasting, but in recognition of the arrival of much-needed food, the date was repurposed as one of feasting and thanks. Though the February date may call this origin story into question, it should be noted that Thanksgiving was not fixed as the last Thursday of November until President Abraham Lincoln.

Historians are still divided as to which event marks the true origins of Thanksgiving, but regardless of when it started the holiday has become an important day on the calendar for Americans both at home in the States and abroad where this day of gratitude and celebration is being adopted in small but meaningful ways.

Read our Timeline Chronicle about the Lyon arriving in Plymouth 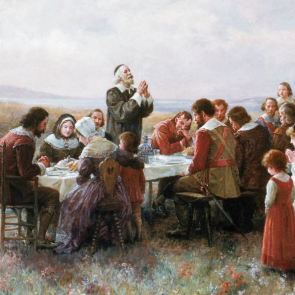