What is a Parish?

In Ireland, people most readily identify themselves with their Parish. It is how school and religious systems are generally organised. Parishes often ignore the boundaries of Towns and Counties, making them more specific to the local Community.  In the 19th Century, emigrants from Ireland usually named their Parish as their point of origin and Ireland Reaching Out seeks to connect their descendants back to that same place.

Remember, if at any time you are having trouble understanding where a Parish is or which one you might belong to, post a message on our Ireland XO global community Message Board HERE.  We are here to help you. 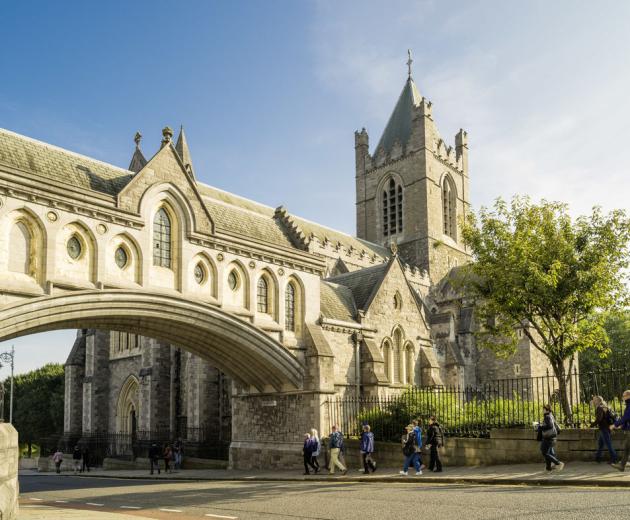 Is a civil parish the same as a church parish in Ireland?

This type of parish boundary was the basis upon which Griffith’s Valuation and other land and tax records were created in the 19th and 20th Century. There are about 2500 Civil Parishes in Ireland and they are seen as the administrative units of the State; firstly under the British and later under the Irish government. Like most genealogical sources, the Ireland XO website mostly operates on the basis of the Civil Parish.

The Ecclesiastical or Church Parish in Ireland

Sometimes Roman Catholic (RC) and Civil Parish are the same – the RC Parish of Killererin, Co. Galway and its civil counterpart are the same geographical area. However, this is not always the case.

For example, the RC parish of Williamstown, Boyouanagh and Glenamaddy is in the Civil Parish of Templetogher. Another thing to consider is the fact that many RC Parishes have changed and/or amalgamated over the years and some have disappeared altogether. Many RC parishes in Ireland also share the same name which can add to the confusion.

To understand more about how a Parish reference can help you in your Irish ancestry research,  check out our full explanatory guide:

LEARN MORE: How to locate a parish of origin

If your parish is not mentioned on our website, it may mean that you should ‘convert’ to the Civil Parish in order to find out more about it in tax, land, birth, marriage and death records. You can do this by looking at a map of Church Parishes and then comparing to the Civil Parish Map. There are a number of resources available to help including John Grenham's Irish Places and Shane Wilson’s Townland Explorer which converts the Civil to Church parish and vice versa. More Parish Discovery Resources HERE

What does Townland mean?

A townland or parish may be mentioned as an address in destination genealogical sources such as a ship's manifest or immigration archives. The townland is the smallest geographical unit and there are about 64,000 in Ireland. A townland can be as small as a field or can contain many acres.  A civil parish is a cluster of townlands and this cluster may be large or small.

LEARN MORE What is a townland?

Baronies are very old territorial divisions that were originally used more for the purpose of describing real property valuation and ownership than for political and administrative functions. A barony would probably have been awarded to someone in recognition of their service to the English Monarchs. A Barony was usually a very large landholding that was a subdivision of a County.

For genealogical research, there are a few interesting sources of information that are grouped by barony though the most important genealogical data is not. The first is the 1659 Census. This Census did not count the members of each household but broke each Barony down by Civil Parish and listed the wealthier landowners ("tituladoes").  Within the Barony, households with specific surnames were counted and also the amount of Irish-speakers versus English-speakers. The Census did not go into any greater depth and is, therefore, more historically interesting than of any practical use for most genealogy research unless one's ancestor was a prominent citizen who owned land and was listed as a titulado.

Griffith's valuation notebooks (house, field, tenure) are grouped together by Barony on FHL films, and then by Civil Parish within the barony. So the returns of a civil parish might be split into pieces if it crossed into more than one barony.

Old age pension claims (after 1908) were organized by barony, then by civil parish within the barony.

What is a Poor Law Union or PLU?

Poor Law Unions were created to administer relief to the poor under the 1839 Poor Law Act, which began with the construction of workhouses. As many civil parishes in Ireland were too small to each have a workhouse of their own, special PLU boundaries were drawn up to combine them.   Usually, the PLUs were located in market towns – Tuam, Athlone, Mullingar, Trim, Tulla, Cashel, Kilkenny, Cork, Omagh, Coleraine and Newry are some examples.  Later they came to comprise Dispensary Districts from which medical assistance could be provided.

You can see a map of Poor Law Union divisions on John Grenham's Irish Places Guide.

READ MORE How to locate a Parish of Origin