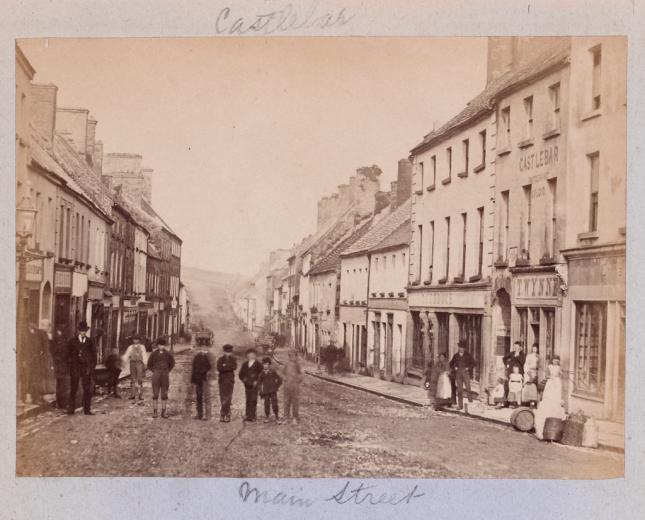 Local Castlebar man, Anthony Kenny, has created a really good website explaining the origins of the street names of Castlebar.

Here's an example of his background to Lucan Street:

If the street was indeed named after the 4th Earl, it would probably have been named George Street or in honour of the 4th Earl’s father also George. Collector’s Lane was so-called because on Fair-days which were held on the 11th of May, 9th of July, 16th of September, and November 18th, a toll would be collected at the bridge.  The Lucans built houses leading up to the bridge and housed their tax collectors there so now there was one place that dealt with all their taxes and charges. Collector’s Lane changed then to Lucan Street in honor of the whole family.

If it had been named George Street it might have caused some civil unrest.  The 3rd Earl was known as ‘The Exterminator’ for his ruthlessness in evictions during the Famine using gangs armed with crow-bars to oust the inhabitants thus becoming a much-hated figure."

The website contains more information than just the origins of the street names.  Anthony also gives a history of the town from the time of the Normans and has a 'then and now' picture gallery included.

This website will be a great reference for people researching Castlebar and its past.