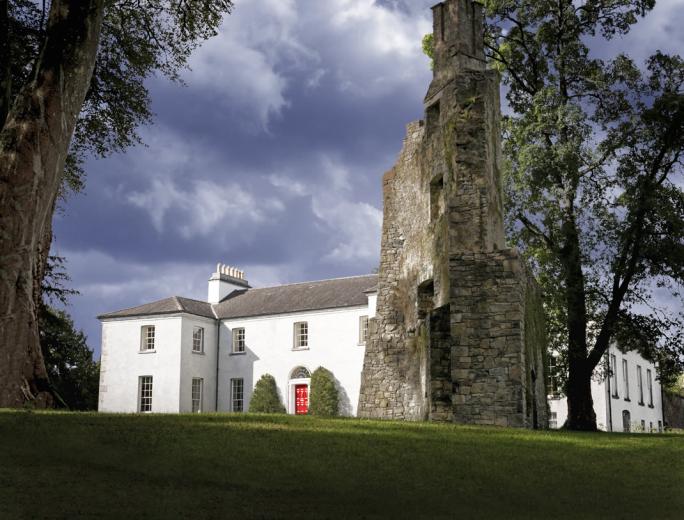 Castlecoote House is a magnificent Georgian building, incorporating parts of a 16th century castle, with a fascinating history (now scheduled under the National Monuments Act).

Castle Coote  (thought to have been built between 1570 and 1616) was a strategic site, and may have been the base of the Chieftains of Fuerty, the MacGeraghty clan. In 1616 it fell into the hands of Sir Charles Coote, who improved and refortified the castle. The castle was attacked three times by the confederate forces in the 1640’s.

Castelcoote house was built in the second half of the seventeenth century, within the enclosure of the old castle which had by now fallen into ruins. In the basement tower rooms, musket chambers still overlook the entrance steps.

At the time of Griffith's Valuation, Castlecoote was occupied by William John McLoughlin, when the house was valued at £40. McLoughlin held land in the parishes of Fuerty (barony of Athlone), Cloonygormican (barony of Ballymoe) and Kilbride (barony of Ballintober South). He had extensive mills and other buildings in the townland of Castlecoote.