In Days That Were: The Great War and Beyond 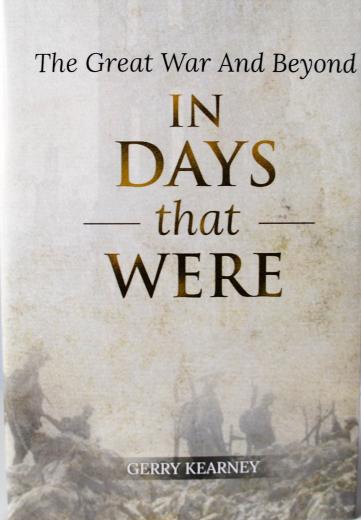 In Days That Were: The Great War and Beyond

Set against the background of the struggle for Irish independence, this book records the Great War service of over one-hundred men and women from around the world. Their common connection is that all are descendants, or spouses of descendants, of Dean Dudley Persse, who settled in Co. Galway in 1677.

Despite what the book title may suggest, it contains an immense amount of information for those readers whose interest is in the family history of those whose stories are included. Readers will find details of generations of descendants of Dudley Persse in Co. Galway, and in a number of other counties: Carlow, Clare,  Donegal, Dublin, Kilkenny, and Limerick. Many Persse family members emigrated to England, Australia, New Zealand, and South Africa, and a number of descendant families from those countries are recorded in this publication. Again, the family history of persons from those countries is outlined in detail and is traced back to their Irish origins.

The Persse family records are lengthy and complicated, but to assist the reader the book contains nine ancestry charts, informative endnotes and an index. The book title is taken from a poem ‘In Days That Were’, one of seven poems attributed to Capt Dudley Eyre Persse, whose parents once lived at Ormond View, Ballycrissane,  and at Rose Park House, Gort, Co. Galway. Dudley was wounded on 31 January 1915 and died the following day, aged 22. All seven of his poems are included in an appendix to this publication.