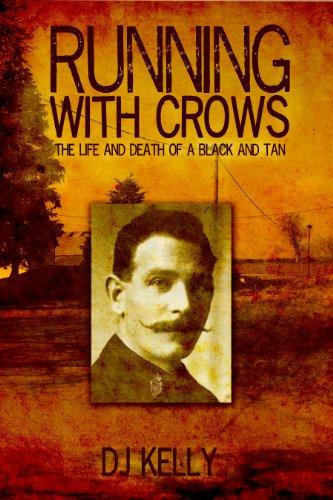 It is 1921. In Ireland, a bloody war of reprisals wages between Republican volunteers and Royal Irish Constabulary. The RIC, their ranks augmented by Great War veterans - dubbed the Black & Tans - faces daily ambushes and sieges. Outrages are perpetrated by both sides in this struggle for an independent Ireland.

Who was Mitchell and did he kill the magistrate? What political machinations make Mitchell's execution a foregone conclusion? Who is the sinister character whose life runs in parallel to Mitchell's and whose path briefly crosses his - with fatal consequences?

DJ Kelly's research-based novel reflects the true story of the only member of the British Crown Forces to be executed for murder during the Irish War of Independence.

'An excellent and well researched book ... an enjoyable and interesting read ... throws new light on the life and death of an Irish Black & Tan' - Royal Irish Constabulary Forum