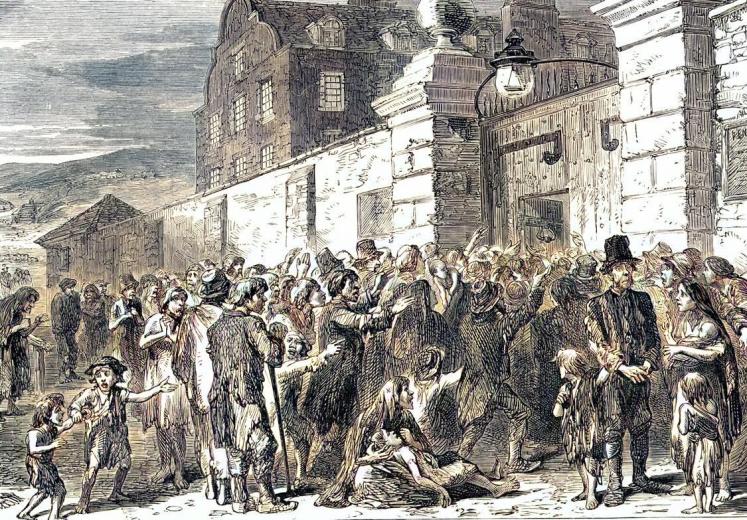 Note that some Co. Roscommon residents (close to the county border) may have been served by a workhouse in a *neighbouring county.

Poor Law Union (PLU) or workhouse boundaries were unrelated to those of the civil parishes and in some cases only served a handful of townlands within a given parish (the remainder being served by an entirely different workhouse and PLU).

To figure out which workhouse an ancestor may have resorted to, or which parish of origin a known inmate had to have previously resided...

Link an Ancestor to a Workhouse

To connect your ancestor to any of these workhouses, all you have to do is:

By doing this, you have the potential to discover more by way of other members who share the same connections.