A visit to a broken, old stone house

Returning home to Australia from a trip to Co. Clare, Rob's story shows how the XO Message Board provided the stepping stones he needed to explore his family history. 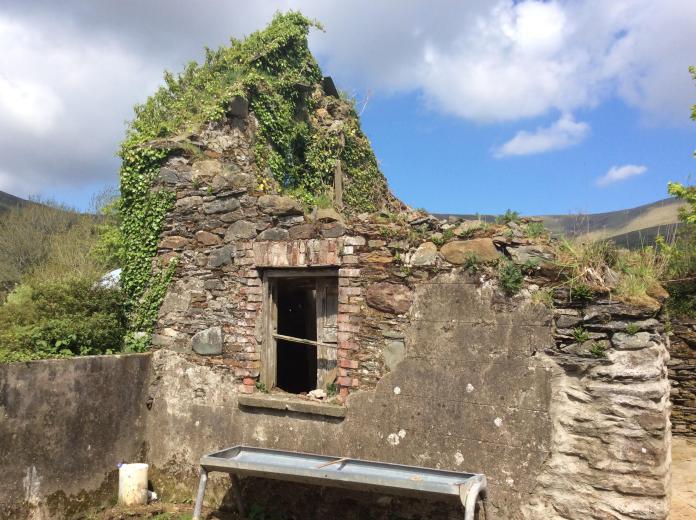 Robert Horwood has just returned home to Australia after a visit to Killaloe, Co. Clare. In April he posted a message to the XO Message Board seeking further information about his ancestors, Thomas Crowe and his wife Margaret O'Donnell from Co. Clare. Rob knew quite a bit about the family on the Australian side:

He was educated at the near-by town of Upper Kilbane, where he grew up with his maternal grandparents; he was still young when first his mother and later his father died. Following the example of his uncle, Crowe migrated to Australia in 1855. After first landing in Adelaide, he sailed to the Western District of Victoria, and disembarked at Belfast (Port Fairy), before moving further east to Koroit where land was more easily available. Within two years he had purchased his first land—a single acre (0.4 ha). On 20 April 1863 at Belfast Catholic Church, he married Catherine Aldworth, Irish-born daughter of a Koroit farmer; they had nine sons and four daughters.

A number of people helped Rob out along the way, offering advice and information including Roger, our Castlemore-Roscommon volunteer who believed he had identified a baptism record in the Killaloe area as well as a Griffiths Valuation head of household listing for Killaloe civil parish where there were a number of Crowe records (but no Thomas). From there, another XO registered user, named Jim provided some details on the geography of the area, telling Rob that "the Glen is a fairly remote area just off what is known as the Gap road between Kilbane village and Killaloe. The road gets it's name from the fact that it goes through a gap between two hills - wonderful scenery but the road is narrow and steep - not for the faint-hearted.  The townland that Roger identified is possibly Glennagalliagh - that is nothing more than a hunch but that is the name of an area between Kilbane village and the Glen." Lastly Jeff from Adelaide, Australia recommended that Rob visit a small shop in Killaloe called Whelan's where he could buy a copy of the parish local history, 'Land & People of Killaloe Parish' , what Jeff called "a MUST HAVE book for any persons seriously trying to sort out their Killaloe families" 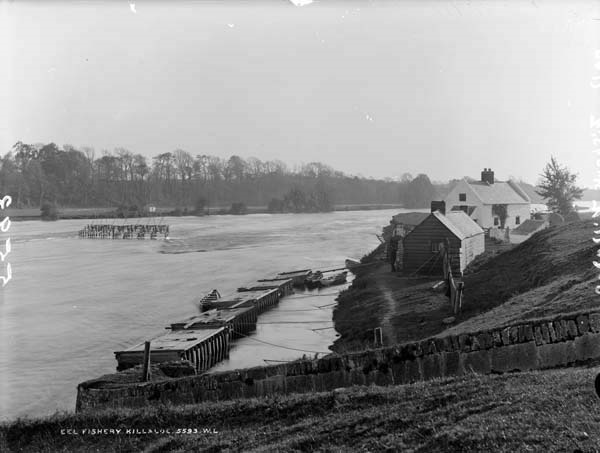 Picture above: Taken between 1880 and 1914 this image shows the Eel Fisheries in Killaloe

Armed with this information Rob set out and got back to us to let us know all about his travels to Ireland.

I have just returned from a fantastic trip to Ireland. I am very grateful for your help, without which I would not have found and visited the old broken stone houses probably inhabited by William Crowe and also tracked down 2 families of relatives we did not even know existed. Evelyn Whelan was an incredible link to people and the books I purchased from her have filled in some gaps in my family tree. Instructions for traveling to the Glen were spot on. What a stunning area! I must have spoken to 50 people in my search, from Killaloe, Kilbane, Bridgetown and Broadford, but it was all well worth it.

Thanks again for your amazing assistance. Please keep me posted if you hear or find any more about the Crowes or have any thoughts on the O'Donnells.

Great to hear your story Rob  - delighted you enjoyed your trip to Co. Clare