​The O’Mahony Clan, a powerful Irish sept whose Chieftains were often regarded as Princes, will gather from Friday 22 June to Monday 25 June 2018. A Meet and Greet on Friday evening at Coolcower House, Macroom, Co Cork is followed on Saturday morning with genealogy and DNA sessions for all. 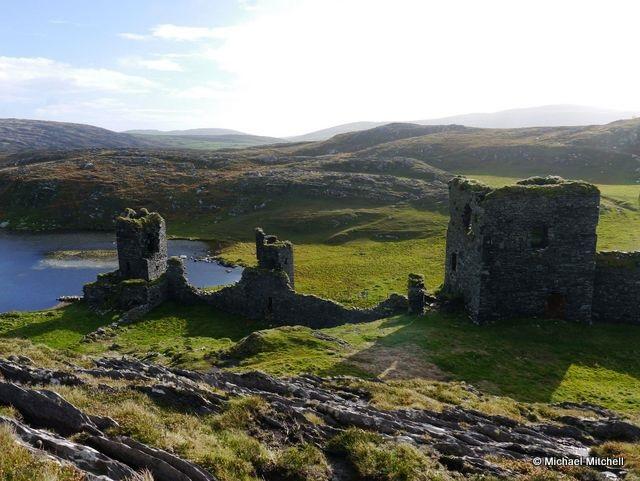 Since 1955 this clan has held an Annual Gathering in Ireland on the Sunday in June, closest to the Summer Solstice, at one of their traditional clan sites. This year the O’Mahony Gathering on Sunday at 3pm will be at Rath Rathleann Ringfort (Gurranes, Templemartin) near Bandon. A BYO picnic with entertainment by the Kanturk Wildboar Warriors of a medieval battle display and demonstration of swordplay and archery, along with birds of prey (hawk, barn owl and eagle owl) will be held from 1.30pm at Rath Rathleann.

This ancient Ringfort is considered to be the “Cradle of the Race.” It was here for centuries that this rath served the O’Mahony sept before the Chief realised that a primitive fort would not afford protection in case of a Norman invasion. It was in the early 13th Century that the Normans built stone castles to secure their acquisitions and facilitate further aggression. Therefore, for added protection, in the early 1200’s the O’Mahony Clan built a “new type” stone castle about a “mile and a half” south of Rath Rathleann at Castle Lac. Later they built Castle Mahon (Castle Bernard) in Bandon and many more castles, some 14 of them along the coast line to Mizen Head, Co Cork. Examples are Rosbrin, Dunmanus, Ardintenant, Leamcon and Dun Locha .

Apart from the Annual Gathering in Ireland the clan diaspora in Australia and the USA will hold Get -Togethers to continue the celebration of their clan and its proud Irish Heritage.

On Sunday 3 June in East Fremantle, the Western Australian clan will meet. The USA clan meet on October 5-7 at Manassas, Virginia, Washington DC.

O’Mahonys and All are invited to be part of these Clan events.  See the website www.omahonysociety.com for full details.