As part of our Counties in Focus series, we're taking a look at what Ireland's largest County, Cork has to offer. Scroll down to read some of the best Chronicles we have collected from the Rebel County, as well as links to where you can learn more about your Cork Ancestry. 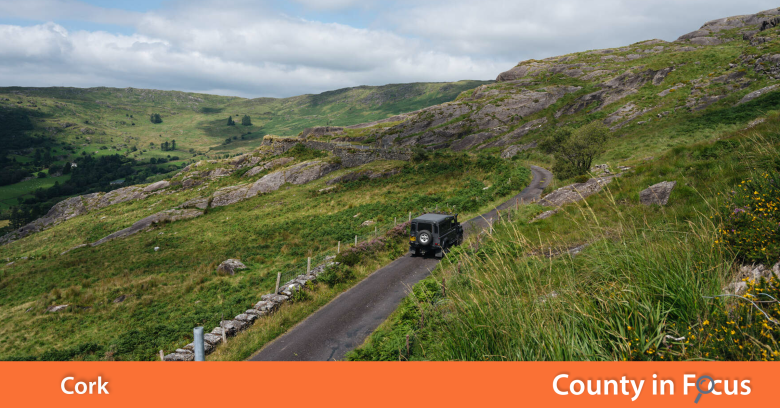 The nickname Rebel County comes from a long history of rebellion beginning with the arrival of Vikings in the 9th century but it was Cork's support of Perkin Warbeck in 1491 (a pretender to the throne) that earned them the title 'Rebel Country' by the English Monarchy. There was plenty more rebellion that followed including the Desmond Rebellions throughout 1500's to the Irish War of Independence in the 20th century,

Located in the province of Munster, its largest market towns are Mallow, Macroom, Middleton and Skibbereen and with 252 civil parishes and 101 roman catholic parishes, it is Ireland's largest county. For more information on parishes, and how to find your parish read our handy guide HERE.

Colin Shelley who specializes in the origin and development of surnames from various sources in the English-speaking world takes us through the top 10 for Cork during the 19th century. His website covers more than 1,000 of these surnames.

The Cork County Community on IrelandXO

Did you know that our County Cork diaspora community has over 5,000 members and 1,185 ancestors have already been added by our members to date? Click HERE to explore them and see if you recognize any names or dates.

This week we highlight the stories of five Cork ancestors you may not have heard of before today. First we have a short biography of John Joseph Foley written by his great-granddaughter Margaret Ann, followed by Ambrose Francis Geoghegan an American Civil War hero from Clonakilty. Next, there is Margaret McCarthy a child's maid shipped to Australia aboard the 'Red Rover' in 1832 and finally, Mary Collins, who according to family lore was studying medicine in the mid-1800s. To read a short biography on each ancestor click the images below. In addition to ancestors, our community pages also offer an insight into the buildings and events that shaped the County. Click here to see what our members have added to Cork County.

Find out more about your Cork Roots

Whatever stage you are at with researching your Cork ancestry, we have the resources to help you find out more. Once you have tracked down your Cork  Ancestors, be sure to add them to the IrelandXO Chronicles so that others can read their story. Who knows? You may even find a connection you never knew you had.

We highly suggest checking out our Cork Message Board where our wonderful team of volunteers are waiting to answer your queries and help you to solve your family history mysteries. CLICK HERE to get started.

1. Cork Harbour is the second largest in the world, behind Sydney harbor in Australia. The County is often called ' 'Irelands Maritime Haven' given it has over 1,000km of coastline

2. The first factory for the Ford Motor Company outside the USA was in Cork, home to Henry Ford's ancestors. Pictured below is workers outside the factory in 1926

3. One of the most divisive political figures in the Irish Revolution, Micahel Collins was born and raised in Cork

4. A small village called Glanworth in the North of Cork holds two European titles, one for having the narrowest and oldest bridge still in use and the other  for being home to Europe's largest wedge tomb - The Labbacallee Tomb often associated with the Celtic Hag Goddess 'Caillech Bhearra' 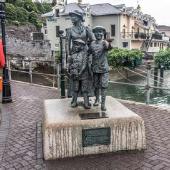 6. Cork had the biggest butter market in the world during the 18th century

7. Residents in the West Cork town of Skibbereen set up Europe's first Temperance Society in 1833, a group that abstains from alcohol.

8.. Anne Bonny, an Irish American female pirate was born in Kinsale circa 1697. Her father William McCormac was a lawyer and her mother was a servant woman whom he escaped to London with by dressing her as a male.

9.  Sir Walter Raleigh is said to have planted the first potato crop in Ireland in Youghal circa 1588.