From Cove to Canada, the journey of John Doody and Eliza Power

From one family descendants spread right across central and western Canada and the United States and as far as Australia and New Zealand.

Sheila Hennessy is a descendant of one couple who made the journey from Ireland to Canada as part of the Peter Robinson Scheme. Sheila tells us that 'depending on the source, their origin was listed as either Ballyhooly or Fermoy (both Co. Cork), which may not necessarily be a contradiction, as Fermoy may have simply meant the Fermoy district'. John Doody (c.1793 - 1859) was a master butcher, although the passenger list shows his occupation was recorded as 'farmer'. The passenger list also includes his wife, Eliza (age 29), Patrick (age 8), Peggy (age 6) Denis (age 4) and Thomas (age 2). His application for passage dating back to 1823 includes a recommendation by Lord Ennismore. John Doody also received a recommendation from the ship surgeon which refers to him as “butcher and a good tradesman, much conversant with the cutting part of his trade” (Source: Peter Robinson’s Settlers, 1823 – 1825 by Carol Bennett).

While almost all emigrants were taken to the Peterborough area (then Upper Canada), John Doody and his family lived in Montreal, presumably because they had relatives there, Richard and Michael Doody. In 1829 Richard and Michael Doody purchased land in Iberville, Quebec, along the Richelieu River (approximately 75 and 100 acres, respectively) at a price of £240 each, half of which was paid in cash. The purchase agreement refers to them as Yeomen, so they must have had some means.

John Doody settled in Montreal, but also spent some time in Quebec City, where his daughter Ann (Sheila's g-g-grandmother) was born in 1831. Three more children were born here; Patrick (1834 – 1869), Michael (born 1837) and William (born and died in 1840).  Sheila says, 'we don't know what happened to their first son Patrick, who came with them from Ireland'. Ann Doody married John Brown (who originated in Paisley, Renfrewshire, Scotland). Their daughter Ann Brown married Sheila's great-grandfather Michael Hennessy, who in turn was the son of Michael Hennessy and Ellen Kennedy. They came to Lower Canada (now Quebec) shortly before 1840 from Co. Tipperary.  Michael Hennessy (c. 1815 – 1888) was a successful contractor in Montreal, first working as a carter in the Lachine Canal expansion in the 1840s, then building houses and finally contracting to build roads.

Two sons of John Doody and Eliza Power, Patrick and Denis Doody were quite active in the Fenian movement.

Patrick Doody owned a small hotel and tavern in Montreal.  He was reported to be the Head Centre of the Fenians in Canada and was arrested (along with 300 others) after the assassination of d’Arcy McGee, MP, one of the Fathers of Confederation, as the alleged Head Centre of the Fenians in Canada.  He was taken to the Ottawa Gaol, where he was kept in solitary confinement for considerable periods of time. He was suffering from consumption at the time. His wife Eliza Hory petitioned Prime Minister Sir John A. MacDonald for his release in July 1868.  She must have had quite some support, as the petition was co-signed by the Mayor of Montreal and several Members of Parliament.  Patrick Doody was eventually released in November 1868, but died soon after, in January 1869, shortly after the death of one of his children. The funeral of Patrick Doody was attended by between 10,000 and 20,000 people and was termed by the authorities as a “Fenian Demonstration”.  His grave marker in the Cote des Neiges shows the following inscription (now no longer legible):

“To the Memory of Patrick Doody, Age 31, who died on the 8th of January 1869 from the effects of cruel and bad treatment while confined in Ottawa prison for seven months on suspicion of Fenianism.  Irishmen and all good Christians pray for him, he being the first martyr in Canada to Ireland’s rights and liberty.”

James Patrick Whelan, who was convicted (many say wrongly) and hanged for the assassination of d’Arcy McGee wished to be buried with Patrick Doody, but Sir John A. MacDonald said that he did “not want two Irish martyrs buried side by side”. 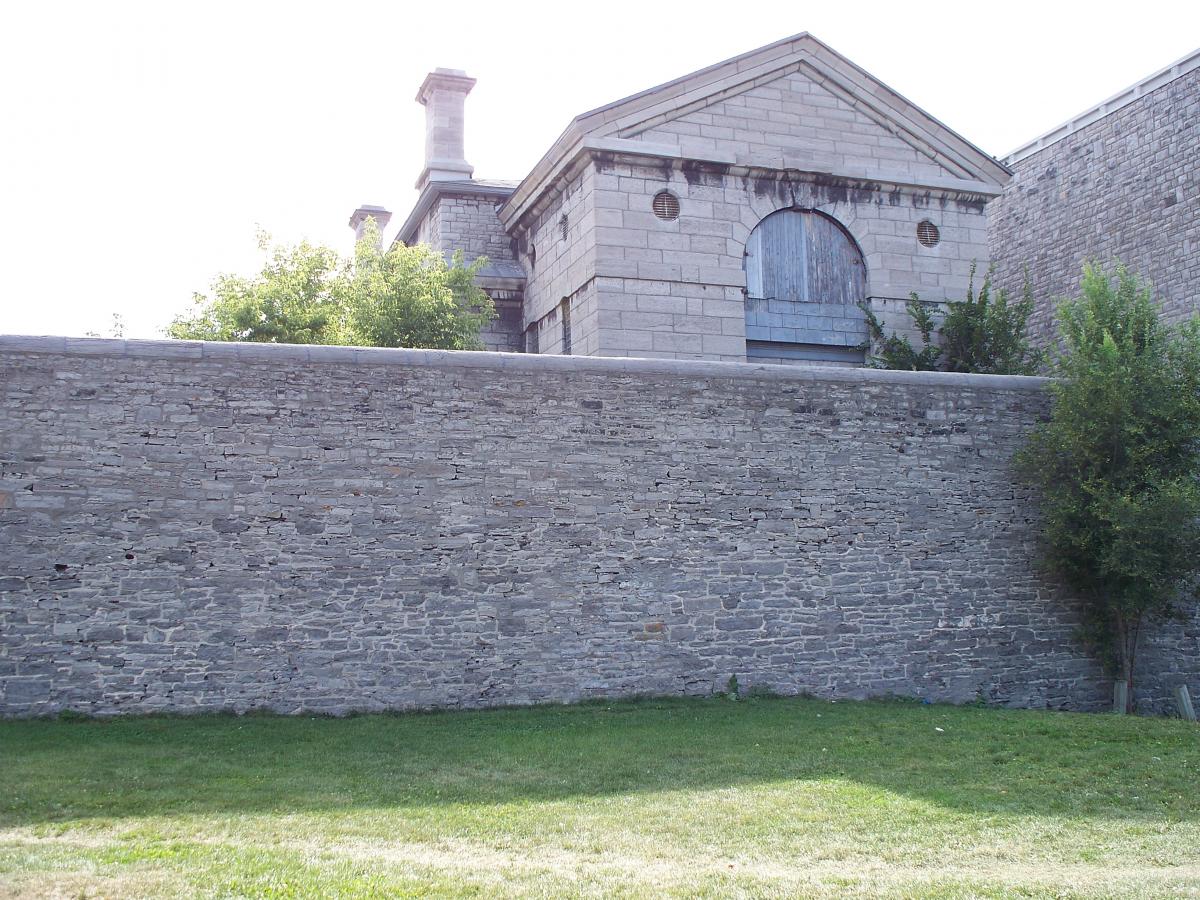 Patrick’s wife Eliza died shortly thereafter in 1871 (“of a broken heart”, according to her son Thomas) leaving her two remaining children Margaret and Thomas full orphans.  Thomas Doody was taken care of by relatives, including his grandmother Eliza, with whom he moved to Columbus, Nebraska, USA, as did his brother Denis Doody (married to Eliza O’Neill).  Eliza Power Doody died in Montreal in 1882, while visiting the family.

Denis Doody became the first mayor of St. Athanase, Quebec, after it was established as a separate municipality in 1846. A street in St. Athanase is named after him (“Rue Denis Doody”).  Later Denis owned a butcher shop in Griffintown, an Irish community in Montreal.  After his brother’s death he moved to Nebraska where he died in 1899.  His body was brought back to Montreal to be buried in the family plot, along with his parents and his brother Patrick. 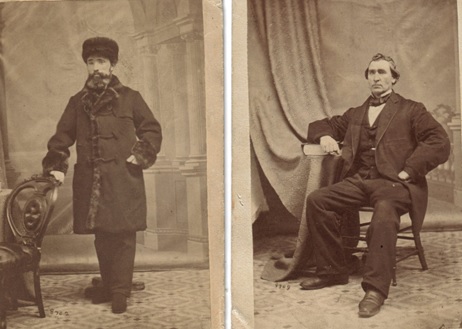 Denis Doody’s daughter Eliza married Dr. George E. Powell, a physician and surgeon and a very colourful figure in the American conquest of the West, settling in Wisconsin, where she died. George and his brother Dr. Frank Powell (called “White Beaver” by the Indians), also a physician, were very active in scouting the West. Frank was the blood brother of Bill Coady, better known as “Buffalo Bill”.

One son of Denis, Thomas Neill (1852 – 1923), remained in Canada, where he became a high ranking civil servant for the Federal Government in Ottawa, serving 37 years under a succession of 9 prime ministers. Another son, Michael “Chic” Doody (1854 – 1925) settled in California.

Thomas Doody (1859 – 1932), Patrick’s son, ended up in Cheyenne, Wyoming, after having joined the Union Pacific Railway.  He married a girl from New Brunswick, Canada, Mary Boudreau, whom he met in Wyoming. He died in 1932 in Cheyenne, where his granddaughter (born in 1920) still lives today.  It is through her that Sheila obtained the pictures of Patrick and Denis Doody.

While they were not part of the Peter Robinson emigration, it is worth noting several members of the Doody branch in Iberville moved to the Dakota Territory, where they established themselves as ranchers near the town of Deadwood (now South Dakota).  They were lured there by the discovery of gold and were part of a larger French Canadian community that settled there, having come from Quebec. They never looked for gold, but established themselves as successful ranchers.  An extensive biography of this branch was written by a descendant, Marie Doody Spencer and appeared in the “History of Butte County South Dakota”. It claims that the Doodys originated in Co. Mayo (approximately 12th Century).

From one family that came during the Peter Robinson emigration, descendants of John Doody and Eliza Power spread right across central and western Canada and the United States and – in this generation – ranged as far as Australia and New Zealand.  While they did not produce presidents or prime ministers, many were very successful and established themselves very well on this continent. 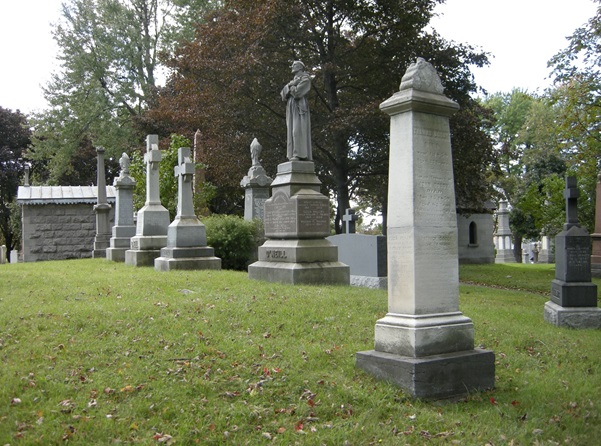 The graves behind are for the O’Neill family, the family of Eliza O’Neill who married Denis Doody