Have a Doherty, McLaughlin, Gallagher, or Kelly in your family tree?

This week, we look at County Derry, the homeplace of Ireland's only remaining intact walled city and one of the best examples of such throughout Europe.

Genealogist Brian Mitchell explores the top 10 surnames there during the 19th century while we list some of the top genealogy resources for anyone doing research in the County. 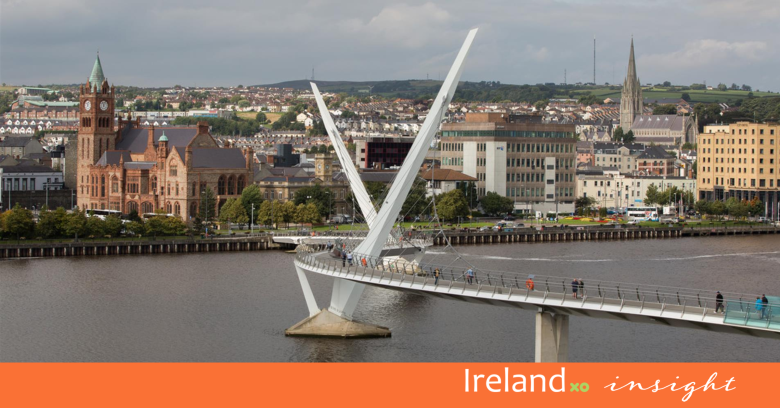 County Derry, also known as Londonderry or Doire in Irish and is one of the six counties in Northern Ireland. Derry is famous for its old intact city walls which surround the city and for the pretty Sperrin Mountains and Lough Neagh. There are over 500 members linked to the community, and close to 300 ancestors have already been added to the IrelandXO Platform.

When you are doing research in the county it's vital to know which civil registration districts to focus on. If your not sure which district your ancestors came from Shane Wilson has a handy FREE  District Map which identifies the PLU (Poor Law Unions) /SRD (Superintendent Registrar Districts) for each county- but also shows the location of their Dispensary Districts. The six districts associated with County Derry are

From the late 1600s, in the age of the sailing ships, to the onset of the Second World War in 1939, when the last transatlantic steamer sailed from the port, Derry was one of the principal emigration ports in Ireland. Read more HERE

Most Common Surnames in Derry (Londonderry) during the 19th Century

Doherty - This name, a variant of O'Doherty, is by far the most popular name in Derry. This County Donegal sept, which originated in Raphoe but settled in Inishowen from the 14th century, can trace its lineage to Conall Gulban, son of the 5th century High King of Ireland, Niall of the Nine Hostages. They ruled Inishowen until the arrival of an English army at Derry in 1600. An O'Doherty-led rebellion, which included the ransacking of Derry in 1608, helped pave the way for the Plantation of Ulster (see image below) This surname, together with the surname McLaughlin, illustrates the very close links between the city of Derry and the Inishowen peninsula, County Donegal. As Derry developed an industrial base in the 19th century in shirt making, shipbuilding and distilling it attracted much of its workforce from Inishowen. 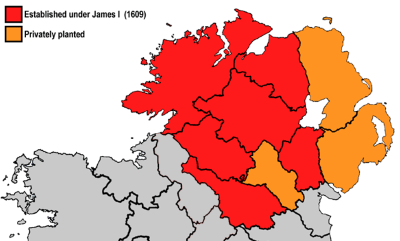 McLaughlin - The second most popular name in Derry. Derived from the Norse personal name Lachlann this County Donegal sept can trace its lineage to Eoghan, son of the 5th century High King of Ireland, Niall of the Nine Hostages. In the 12th century the McLaughlins, from their Inishowen homeland, were High Kings of Ireland and patrons of the monastic settlement in Derry. From the mid-13th century the O'Neills of Tyrone ousted the McLaughlins as the leading power in Ulster. Some may be of Scottish descent from Clan MacLachlan of Argyll. 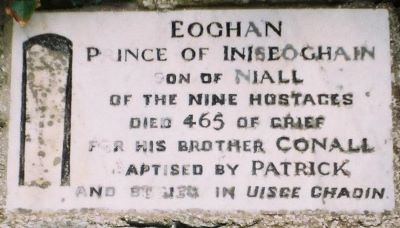 Kelly - At least seven distinct septs of the name established themselves in Ireland, the most powerful of which ruled over a territory which included east Galway and south Roscommon. In Ulster, a Kelly sept, claiming descent from Colla, the 4th century King of Ulster, was based in south Derry. Kelly was known as a surname in Scotland long before the 19th century immigration really established the name there; there was a Kelly sept attached to Clan Donald. See Clan Donald Flag below. 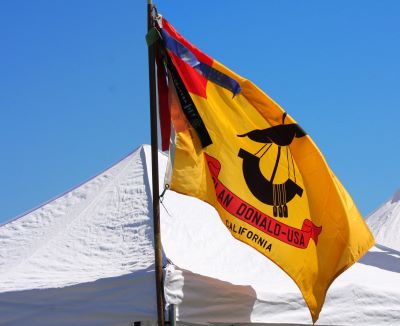 Bradley - The territory of this sept, together with O’Brollaghan, an earlier anglicized form of Bradley, was on the borders of Counties Derry, Donegal and Tyrone. In Derry, Bradley will largely be of this origin. A branch of the Irish Bradleys settled in the Western Highlands where one of its members became Abbot of Iona in the 12th century. In 1158 Flahertagh O’Brollaghan was appointed as ‘successor of Colum Cille’, i.e. Abbot of all monasteries under the rule of Colum Cille, which included Derry and Iona in Scotland. Some Bradleys may be of Scottish descent, derived from the place name of Braidlie in Roxburghshire.

Brown - The great majority of the Ulster Browns are of English and Scottish descent. Derived in most cases as a nickname for someone who was 'brown-haired' or 'brown-skinned', an Anglo-Norman family of this name settled in Ireland in the 12th century. In Highland Scotland, at least two septs, one meaning son of the judge and the other meaning son of the brown lad, had their names anglicised to Brown. On their outlawing by the Crown in the 17th century one of the names adopted by members of Scottish Clan Lamont was Brown.

McCloskey - This County Derry sept is very much associated with the Dungiven area, at the time of the first Ordnance Survey in the early nineteenth century the McCloskeys constituted nearly two-thirds of the population of the parish of Dungiven. The McCloskeys were a branch of the O'Kanes, tracing their descent from the 12th century Bloskey O'Cahan, whose son Donough, in 1196, slew Murtagh O’Loughlin, heir to the Irish throne, and were thus in Gaelic Mac Bhloscaidh, i.e. son of Bloskey O’Kane.

Campbell - Derived from a nickname meaning crooked mouth the Campbells of Argyll, Scotland grew in power through the 17th century at the expense of the MacDonalds, Lords of the Isles. Most Ulster Campbells are of this connection. The galloglasses (gallowglasses) or mercenary soldiers of Clan Campbell settled in Donegal from the 15th century. The County Tyrone sept of McCawell, whose name meant son of the battle chief, was anglicised as Campbell. At the height of their power in the 12th century, from their base at Clogher, they controlled a large portion of County Tyrone and had penetrated deep into County Fermanagh. See below A picture showing carvings of gallowglasses 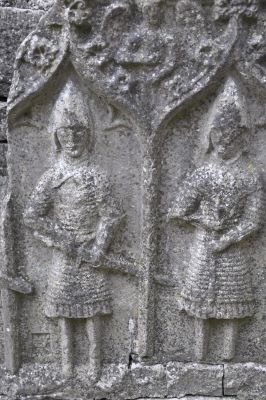 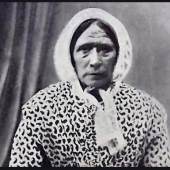 Despite losing her father and sister on the journey to Liverpool, Kitty Wilkinson pictured above became known as 'Saint of the Slums' after she invited those with infected linen and clothes to use her laundry services during the 1832 Cholera epidemic since she was the only one on the street with a water boiler. Following the epidemic, due to the large number of children orphaned she began taking 20 children every morning to read to them. Her tombstone reads

Indefatigable and self-denying, She was the widow's friend; the support of the Orphan; the Fearless and Unwearied Nurse of the Sick; the Originator of Baths and Wash Houses for the Poor

Read More: The Life and Times of Kitty Wilkinson by Michael Kelly can be purchased or view at any library across the Country. Click here to purchase 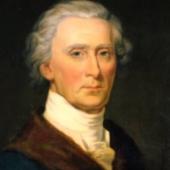 A spy during the American Revolutionary War, Hercules was born in 1740 in Coleraine, Co. Derry, Mulligan was an early supporter of American Independence. He and his family crossed the Atlantic when Mulligan was only 6 years old, so America would have been more of a home to him than Ireland ever was.

Mulligan came to be friendly with Alexander Hamilton, one of the Founding Fathers of the United States, as Hamilton was known to lodge with the Mulligans while he was studying at Colombia University. He even features as a character in the Broadway hit musical which bears Hamilton's name.

As a young man, Mulligan was involved in a number of patriotic groups, including the Sons of Liberty of New York, which was the first group to take military action against the British, at the Battle of Golden Hill in 1770. During the War, he served as an important member of the Culper Spy Ring, a secret group that transmitted important military intelligence to George Washington, using such techniques as invisible ink, pseudonyms, and other methods of secret correspondence. He also took advantage of his family's tailor shop in New York as an opportunity for espionage, as several British officers requented the business.

Thanks to a recommendation from Hamilton, George Washington agreed to take on Mulligan as his chief confidential agent. Mulligan excelled in this role, and is thought to have saved Washington from both a kidnapping and an assasination attempt.

After the Revolutionary War Mulligan returned to his life as a tailor and lived to the age of 84.

Find out more about your Derry Roots

Whatever stage you are at with researching your Derry ancestry, we have the resources to help you find out more. Once you have tracked down your Derry  Ancestors, be sure to add them to the IrelandXO Chronicles so that others can read their story. Who knows? You may even find a connection you never knew you had.

We highly suggest checking out our Derry Message Board where our wonderful team of volunteers are waiting to answer your queries and help you to solve your family history mysteries. CLICK HERE to get started.