In August of 2016, Ireland Reaching Out member Heather Maloney travelled to Ireland from New Zealand to visit the homes her great-grandparents left behind - over a hundred years before.  She spoke with Fiona Fitzsimons about her experience for the latest issue of Irish Live Remembered. Read the full interview below. 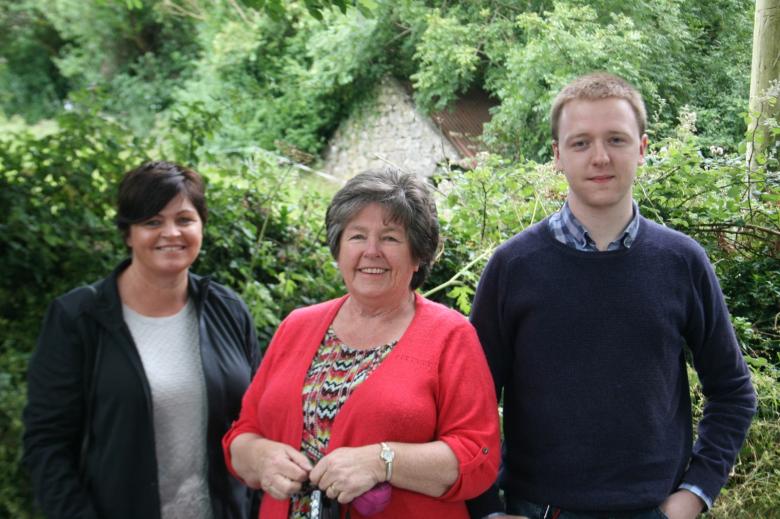 Pictured above: Heather with her daughter Linda and Ireland Reaching Out Volunteer, Paul Grainey

In August this year, I met with Heather Maloney and her daughter, roots-tourists visiting Ireland from New Zealand. Heather has very strong Irish links – 5 out of 8 great-grandparents are of Irish origins. In advance of the trip to Ireland, Heather made contact with Ireland Reaching Out.

Fiona: How did you make the original connection with Ireland Reaching Out?

Heather: I’m a member of a Genealogical Society, and I’m online most of the time. When Ireland XO first got up and running, I posted enquiries in the parishes in Limerick and Galway, where I knew my ancestors were from. We established a dialogue, and it all grew out of that.

When we got here this Summer, we first attended a family reunion for one side of the family, over 4 days in Kilfinney, county Limerick.

Then we went to Galway to meet with Laura Colleran and Paul Grainey, from Ireland Reaching Out. Paul is the local administrator of Annaghdown parish where another branch of my family come from.

We had a wonderful time. Paul had done a lot of research, and found us a little cottage in the scrub [laughs, and pulls out photos]

We would never ever have found the house, even with directions, because it’s all overgrown. There is apparently a living relative who still owns the property, but he lives in Galway City and leases the land out to a farmer. 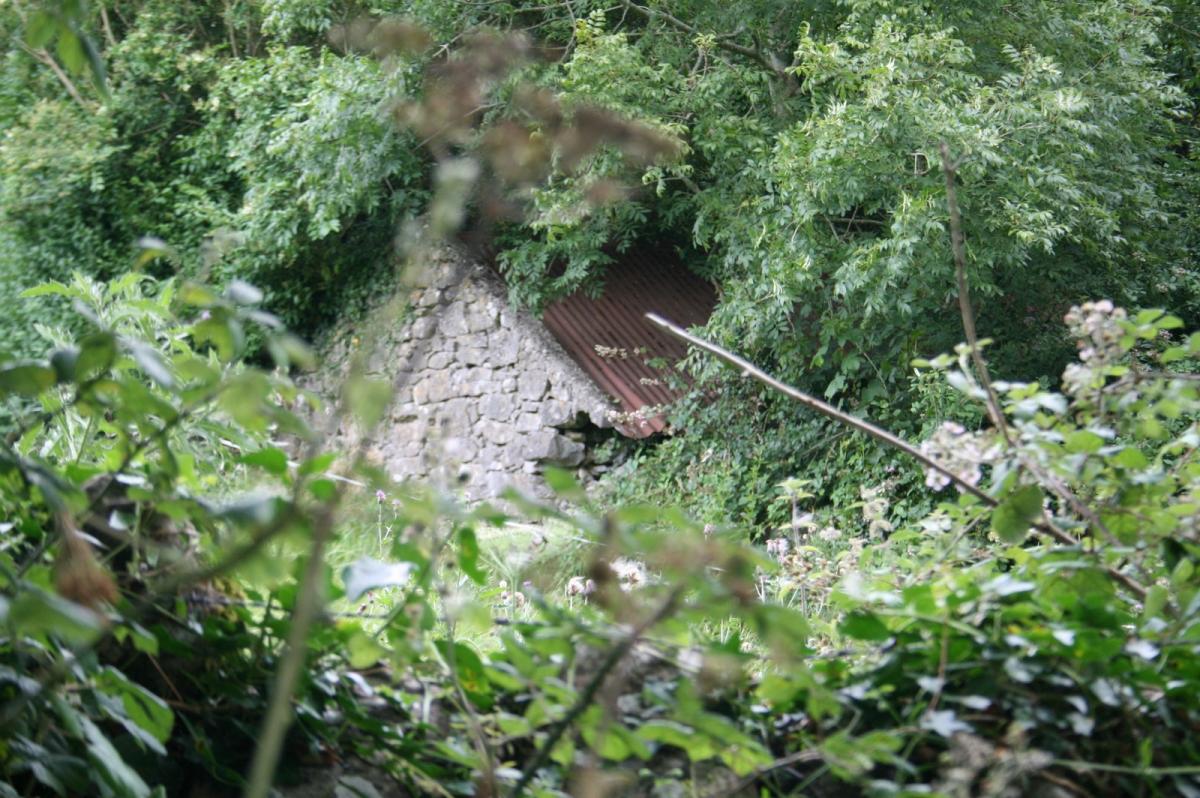 Fiona: It’s a cottage built of stone, it would have had a thatched roof,

Heather: Yes, the trees are bursting out through where the roof would have been [all laugh].

Fiona: How did you feel when you saw the house, and realised this is where your ancestors came from?

Heather: It’s difficult to describe. It was so small and overgrown. Interestingly, Paul told us that the last time someone lived there, was in 1980. So it’s only 36 years since the house was inhabited, and yet the roof has fallen in and the trees have taken over. (pauses).

Fiona: Fantastic. And good to know there’s longevity in the family as well! [all laugh]

Heather: We were able to move around inside the house in Limerick, sit down by the fireplace, have a cup of tea, and exchange story after story.

Fiona: So Ireland XO really helped you plan your trip, when you knew where your family already came from. 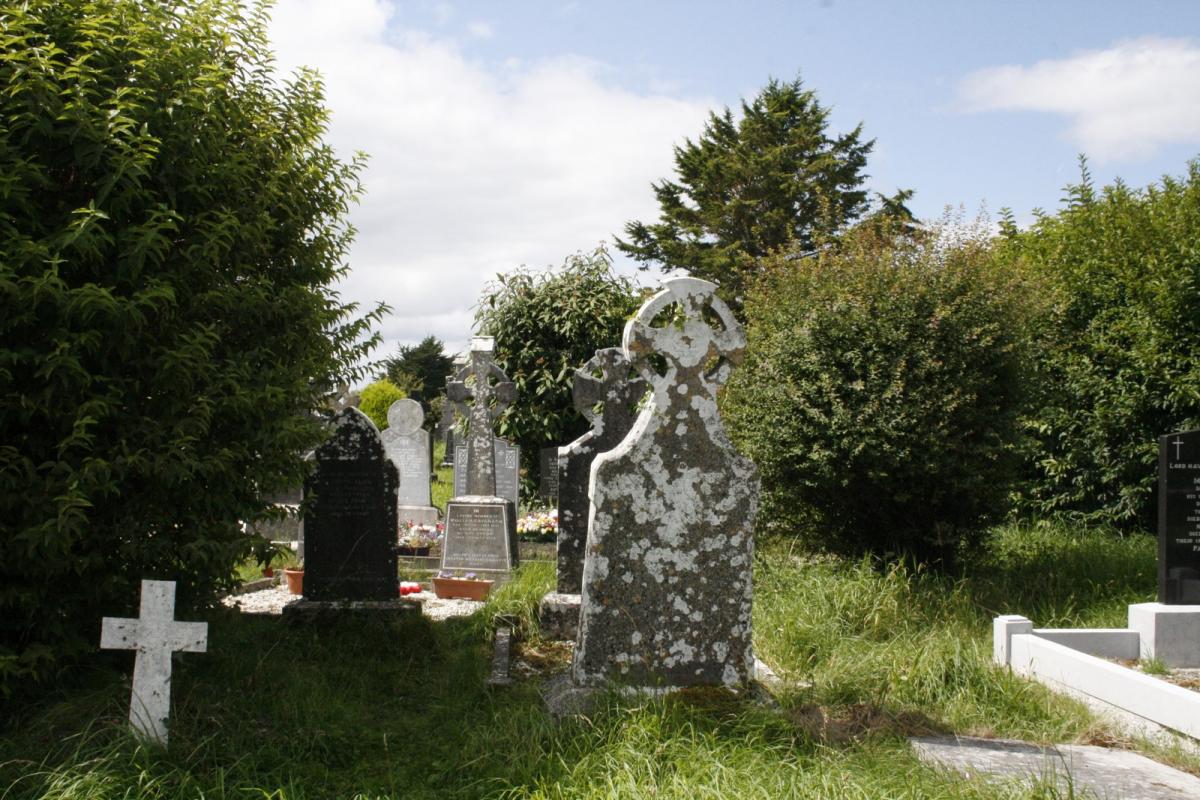 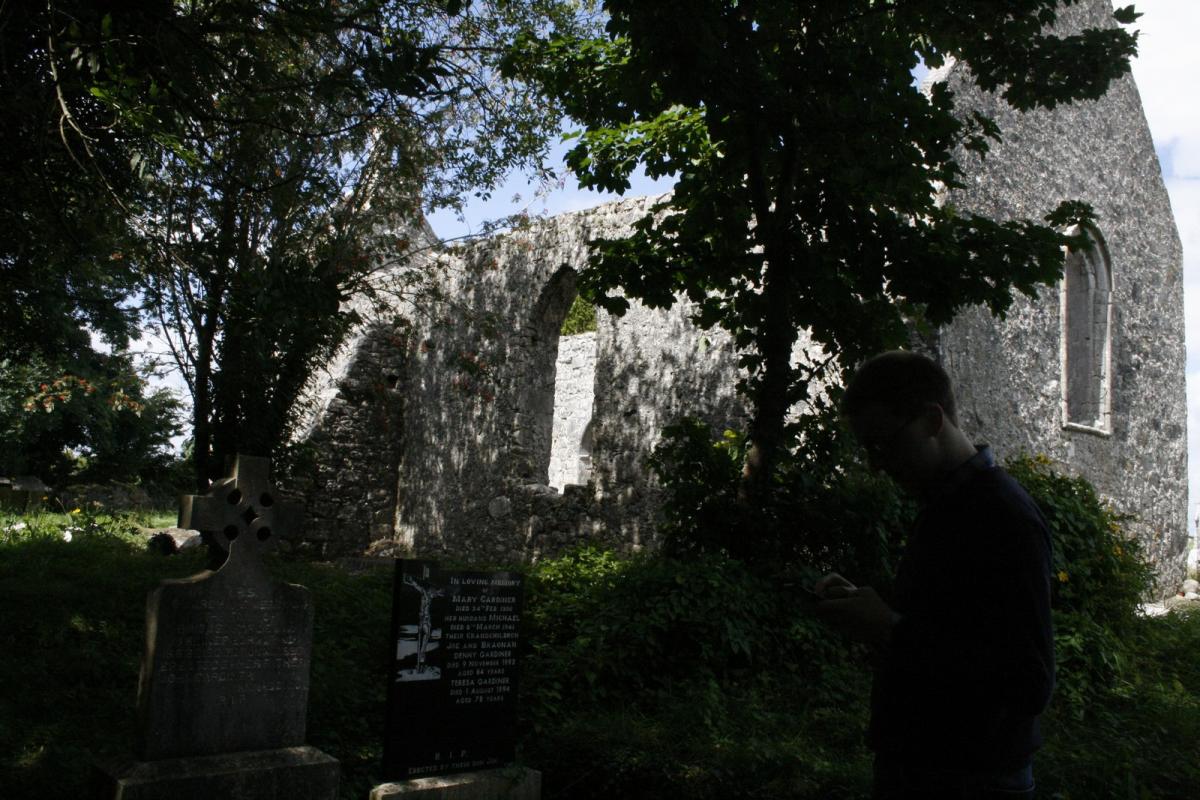 Photos above: Some of Heather's ancestors are bured in Annaghdown cemetery.

Heather: Yes. Having the point of connection with Ireland XO meant we could leave Dublin. In Annaghdown Co Galway we had people to point us in the right direction. Paul Grainey gave us two hours of his time, and showed us where our [ancestral] house was, and even brought us to the graveyard where the family were buried. It’s local knowledge, and it makes it much more personal.

Ireland XO was great for Limerick and Galway, but it didn’t help us with Winifred Callaghan from Dublin - we needed a genealogist for that.

The Irish Family History Centre collaborated with Ireland XO, to help with research on another one of Heather’s ancestors – Winifred Callaghan born ca. 1834 in Dublin City. In February 1850 Winifred Callaghan signed on to an assisted emigration scheme to Australia. She was one of the ‘Earl Gray Girls’.

Fiona: The Earl Gray Girls, as they’re known, were quite something! They were recruited through the workhouses during the Irish Famine.  They were resilient. It’s fair to say they had an incredible spirit of adventure, travelling to the other side of the world.

Do you know, what happened to Winifred Callaghan when she got off the ship in Australia?

Heather: Well when Winifred first arrived she lived in the barracks in Sydney. I went there recently, just to look, and that was really special. Winifred married relatively quickly, she was still only 16! Her husband – Captain Burgess - was an English sea captain, so she got to travel quite extensively, even as far as Mauritius. We traced Winifred on different ships with her husband as captain. She even gave birth to their second child at sea. The family settled in New Zealand, first in Auckland where more children were born, then in the East Cape, in Mahia, between Gisborne and Wapir.

Heather: Yes. The family came to New Zealand in 1855. By the early 1860s they settled in Christchurch in the South Island. They had a pub and post-office – Captain Burgess was actually post-master for the area, but he still kept on some ship-work as a sea-captain.

[Heather shows a photograph of the family: Winifred and Captain Burgess in uniform, with their five children, taken in the early 1860s]

Fiona: How fabulous is that, to have a family photograph of your ancestors at such an early time!

Heather: Then disaster struck. On 30th December 1863 Winifred’s husband drowned at sea. She was left a young widow with a large family. The oldest child, Henry Burgess, actually my ancestor, well, according to family lore, he just took to the road as a swaggie.

Fiona: A swaggie – can you explain?

Heather: Someone who wandered around the country to find work. He’s reputed to have been one of the youngest swaggies ever seen. Sadly, Winifred put the other children into the orphanage and left them there.

Fiona: And were you or any of your relatives ever able to trace what happened to the Burgess children?

Heather: Gertrude Burgess died young, at 23 or 24, in Ashburton Hospital [New Zealand]. Nobody knows what happened to the brothers William and Thomas. Family lore says that one went to Australia, and one went to Ireland, but with names like William Burgess or Thomas Burgess, it’s very difficult to trace them. One child [un-named] disappeared. The youngest child, Elizabeth Burgess was born well after her father died, and she stayed with her mother.

In 1868 Winifred remarried to a much much younger man, and they went back to the North Island where he was a bush-man. Winifred eventually went to Sydney, Australia, where she died and was buried.

Fiona: It’s a remarkable story. The Burgesses - your ancestral family - travelled widely. It can’t have been easy to trace them in the records.

Heather: My relatives really did most of the research, although I verified it since. They researched the hard-way, before the records went online.

Fiona: Nowadays there are so many Irish records online. The most relevant records to your search are the records of the Dublin Workhouse on Find My Past. In 1844 I found an entry for ten-year-old Winifred Callaghan admitted to the Workhouse. Winifred’s father was dead, and her mother ‘living out’ in the Liberties area of Dublin South City.

The background story makes Winifred’s later actions - putting her own children into an institution – seem almost inevitable. By age 10, Winifred’s home was the South Dublin Workhouse; she was there for almost 6 years, but she obviously wanted something more for herself. She availed of the Earl Gray scheme, and escaped to Australia. Winifred was little more than a child herself at the time she married; she had five children in quick succession, then lost her husband young. It’s a life packed with incident, but with no time to stop and process everything, it’s almost as if history was bound to repeat itself.

Heather: It’s like doing a jig-saw sometimes. I have some more things that I can look at now. I’ll have to come back to Ireland and spend more time.

Fiona: (Laughs) So you are planning on coming back to Ireland again? (all 3 laughing now).

Heather: Yes, I’d love to. I feel I’ve only just scratched the surface this time.