No trip to Connemara is complete without visiting the breathtaking Kylemore Abbey. The building has seen a number of incarnations over the years, from private home, to convent, to prestigious boarding school, to world-renowned tourist destination. It cannot be denied that there is something about this beautiful building and its location that draws people in. 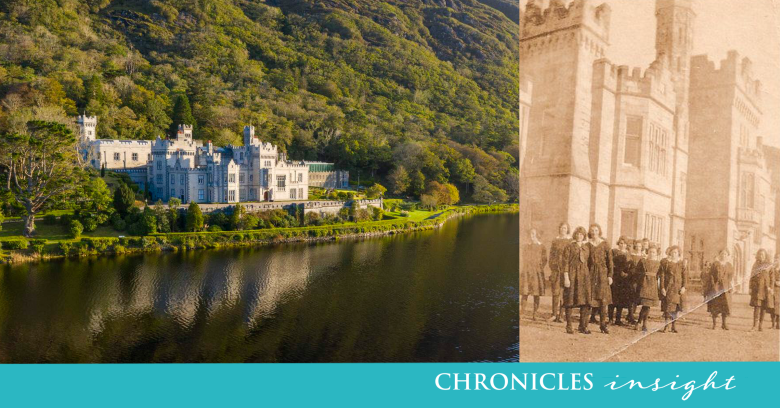 Here we look at the history of the building and the man who built it as a token of love for his dear wife.

The magnificent Kylemore Abbey is located on the site of Kylemore Lodge in the civil parish of Ballynakill in County Galway on the Wild Atlantic Way. You truly cannot miss the Abbey. It appears suddenly as you drive around a corner on a winding country road. Sitting at the foot of a mountain the stunning architectural features of the Abbey are reflected in the still waters of Lough Pollacapul.

The Abbey's original function was as the private home of the Henry family. Mitchell Henry purchased the land and ordered the construction of the building which is estimated to have required the employment of 100 men.

The man who built Kylemore

Mitchell Henry was born outside Manchester in 1826. His father was a wealthy cotton merchant of Irish descent.Though he was born in England, Henry was very proud and outspoken about his Irish blood.

As a young man Mitchell relocated to London where he trained in medicine, becoming an accomplished eye surgeon, but his destiny did not lie in the medical field. After his father’s death he returned to Manchester where he took over the family business before eventually becoming involved in politics. This is the pathway that led him to Ireland as he became the Member of Parliament for Galway in 1871. When his father died, Henry inherited a large sum of money which he used to buy the Kylemore estate in the west of Ireland where he would make his home.

Henry’s love for Ireland also extended to his taste in women as he married an Irish woman, Margaret Vaughan from County Down. The pair were wed in 1852, and it was for his beloved wife that Henry built the lavish Kylemore Abbey (at the time called Kylemore Castle). Kylemore was intended to be the family home for generations to come. The Henrys settled in well with Mitchell taking his role as MP for Galway and local landlord very seriously. Margaret also revelled in her new life as a country lady. The couple had nine children and so had no trouble filling the halls of Kylemore with the hustle and bustle of family life. Sadly Margaret would not live to enjoy her beautiful home for long. She passed away in Egypt in 1875 after a battle with fever. She was only 45 and her youngest child was just two years old at the time.

After his wife's death Henry limited his time at Kylemore, eventually moving back to England and selling the estate to the Duke and Duchess of Manchester in 1903.

Mitchell Henry left a strong legacy, not only in the physical form of Kylemore Abbey, but also in the work that he did for the people of Galway. As their representative in Parliament, Henry held a sympathetic view towards the Irish, which was unusual at the time. At a time when the English landlords in Ireland were notorious for their poor treatment of tenants, Henry broke from the tendencies towards cruelty and treated his tenants with kindness and empathy.

In 1903 the Abbey was sold to the 9th Duke and Duchess of Manchester. This family was later forced to sell the estate in order to pay off debts. It was then that the Benedictine Nuns took up residence at the Abbey and its religious connection was established. A seventeen bay, two storey block was added to the eastern end of the building to accommodate a school and a convent. A Catholic school for girls was run at the Abbey until as recently as 2010. Although the school is now closed, the Abbey continues to have strong ties with education as it is now partnered with the University of Notre Dame du Lac.

Despite having changed hands and purpose multiple times, Kylemore Abbey has managed to retain its original charm and features. Both the building and the picturesque grounds on which it is situated have been maintained to an excellent standard.

Since 1920 Kylemore has been owned by the Benedictine nuns, or Irish Dames of Ypres, who arrived there as refugees from Belgium after their monastery in Ypres was destroyed in World War 1. Today Kylemore is home to a vibrant monastic community of nuns, who work and pray on the beautiful Connemara estate. They are involved in a range of enterprises – making artisanal soap and chocolate; teaching music; overseeing the ongoing restoration of the estate and Victorian Walled Gardens and welcoming visitors from all over the world to what is one of the most visited and iconic tourist attractions in Ireland. It is consistently included in the top 10 list of Irish tourist attractions. Its dramatic lakeside location has made it a favourite amongst visitors to Ireland and a must see on any trip to the West. Kylemore Abbey is a site that is truly beloved amongst tourists and locals alike.

Do you have any memories you’d like to share about Kylemore Abbey? Perhaps your Ancestor worked on the estate or attended the school. Add them to the IrelandXO Chronicles and share their story. 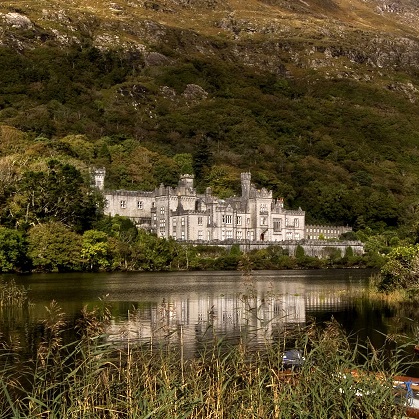 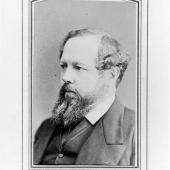 The arrival of Benedictine Nuns at Kylemore Abbey 1920 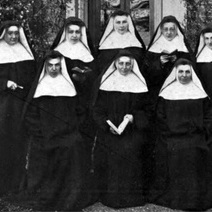