A return trip to Ireland and a visit to Thoor Ballylee 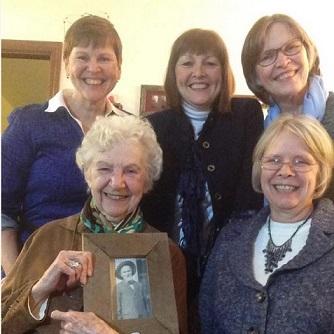 One day last winter, Molly Daniel from Charleston, Illinois asked her mother if there were any trips she would like to make. “I’d like to see Ireland again,” she answered. Molly's mom, Roberta has traveled from the USA to Ireland twice before – in 1980 with her brother, Mike Wheelan, and sister, Esther Blaine, and again in 2001 with Molly and another daughter Sara. On each trip a visit was made to Gort, Co Galway, as it was from there that Roberta's grandfather had emigrated in 1850. They knew from old family letters that he had lived somewhere in the townland of Ballylee, but the exact location was a mystery. 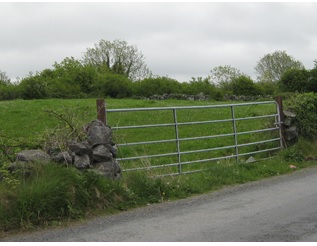 The site of Thomas Swift's homeplace

Molly knew that her great-grandfather John Connell Swift, was born in 1831 at Ballylee, and he emigrated to America in 1851 with his sister, Mary Anna Swift. Their brother Martin and sister Bridget had come to the U.S. three years earlier. Molly explains:

John Connell Swift and his younger sister, Mary, stood at the door of the cottage, saying goodbye to their Uncle Paddy and Aunt Mary Connell. They were leaving for America, following the footsteps of their older siblings, Martin and Bridget, who had left two years ago and were settled in a place called Albany, New York.

They had written that there was work to be had, and John, at 18 years old, was able-bodied and willing to work. Mary, too, tiny though she was, harbored an energy which belied her few years. She had helped their Aunt Mary cook and sew, and she had kept things going in the household when her aunt gave birth to their new cousin, Bridget, just a few months old now.

Things had not been good for them in Ballylee -- or in all of Kiltartan or County Galway for that matter. With the passing of their mother only a few years before and now the failure of this year's potato crop, everyone was struggling. So much hunger. So much poverty. Why, even their brother Martin had applied for relief from the "famine."

It is believed that John and his sister put on brave smiles and promised they would work hard, prosper and send word back to Ballylee on their new lives and progress. It was with this memory in mind that Molly and the family set off and on 18th May last met with Ireland XO volunteer Sr. DeLourdes Fahy in the Sisters of Mercy Convent in Gort. DeLourdes is a valuable XO volunteer and is a great family and local historian. She loves the area and knows all there is to know about it. Molly says that "this visit was an incredibly special trip not only because we were able to learn so much more about our ancestors than we ever knew in the past and were therefore better able to understand the connections to the many places Sister DeLourdes showed us, but also because we celebrated my mother's 93rd birthday at the birthplace of her grandfather. It was a very special and fulfilling time for us." 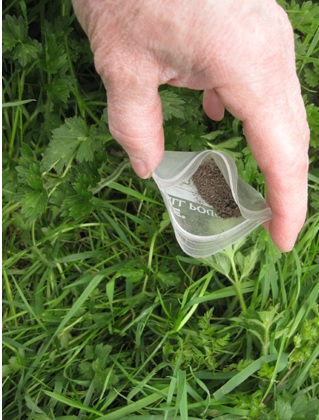 With local knowledge the group were able to visit the site of the Swift family home. It was an emotional moment for Molly and her family as they pondered the leaving of Ireland by the Swifts as they stood on the very spot John C. Swift and his sister Mary had left in 1850. That site, where John's Uncle Pat had lived and where he and his sister had departed  was the place where Molly and her family deposited the little bit of soil brought from John C.'s grave. They also took a little soil from the field, and as Molly explains "I can take a little Ireland back to Iowa so that Great-Grandpa Swift can rest under a little piece of Ballylee".

Molly and her mother also managed to meet up with some cousins, the Downeys, and Molly said she felt like she had known them forever! 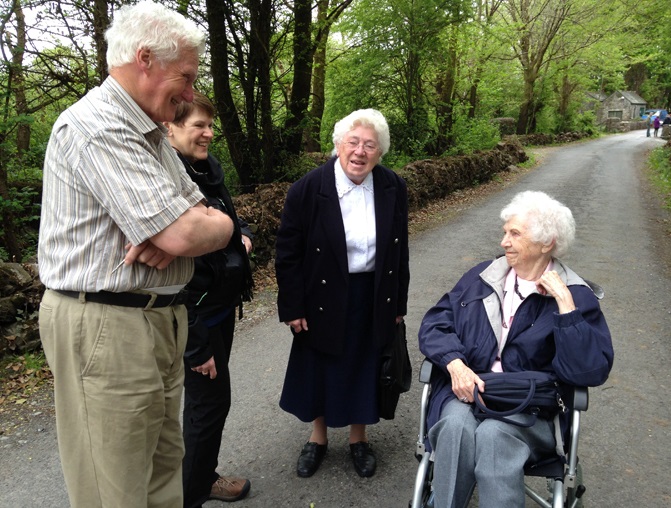 Both Molly and Ireland XO express thanks to Sr DeLourdes. Molly says that "Everyone enjoyed the day. It was memorable and packed with so many family touch points that my heart is full. This is what I have always wanted to know about this place and my roots here. I am so grateful to Sister DeLourdes, to Sister Joan, to Aunt Agnes, to Uncle Mike, and to Mother for preserving and promoting stories and clues which led to our making all of these wonderful connections to our past."