Have a Kelly, Beirne or McDermott in the family tree? This week, we look at County Roscommon, where its' inhabitants are known to have the longest life expectancy of any county in Ireland!

It was also one of the counties hit hardest by the Famine, losing 31% of its population. We look at the FREE resources available to research your Roscommon connection while naming expert Colin Shelley is back to explore the top 10 surnames there during the 19th century. 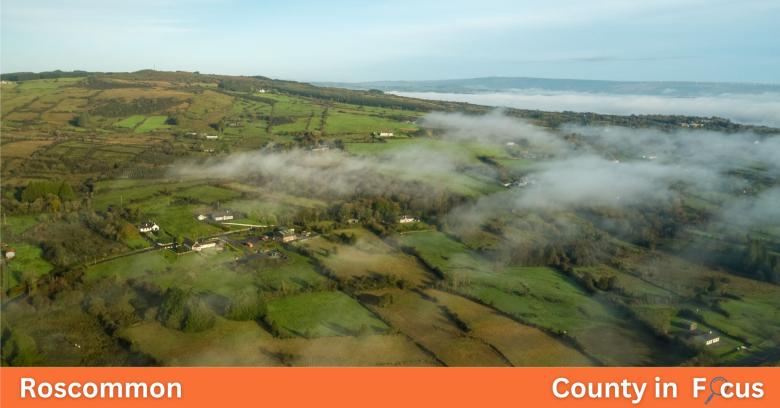 County Roscommon, or Ros Comáin in Irish, is located in the western region of Ireland. It is home to the stunning Lough Key Forest Park and statistically, it inhabitants are known to have the longest life expectancy of any county in Ireland! The name comes from ‘Ros’ meaning wooded, gentle terrain and Comán, from Coman mac Faelchon, a famous Irish saint and the founder, first abbot and bishop of Roscommon.

It is said to be the home of Queen Medb, the seat of the Kings of Connacht, and then to the High Kings of Ireland. This was the starting point of the Táin Bó Cúailnge, or Cattle Raid of Cooley, an epic tale in Irish mythology. The county is home to prehistoric ringforts such as Carnagh West Ringfort and Drummin fort.

Roscommon suffered particularly badly during the years of the Great Hunger loosing 31% of its population in the decade following 1845. Passerby Joseph Crosfield noting

In this place, the condition of the poor previously to their obtaining admission into the work-house is one of great distress; many of them declare that they have not tasted food of any kind for forty-eight hours; and numbers of them have eaten nothing but cabbage or turnips for days and weeks.

Top Surnames in County Roscommon During the 19th Century

Colin Shelley, a genealogist who specializes in the origin and development of surnames from various sources in the English-speaking world takes us through the top 10 surnames in County Kerry during the 19th century.  His website, selectsurnames.com covers more than 1,000 of these surnames.

Kelly -Kelly is both a given name and surname.  Etymologically, it originated as a patronymic surname, with the prefix Ó and the suffix Ceallach ("strife", or "contention"), the Old Gaelic clan name of Ó Ceallaigh which was anglicized as O'Kelly.  Kelly has been adapted to mean "brave warrior" in many English-speaking armies.

Beirne - Beirne is pronounced similarly as the surname Byrne but has different origins. It first appeared in Gaelic form as O’Birn or O’Biern and derived from the Norse forename Bjorn.  Originally from Roscommon, the O'Beirnes were long associated with the clan McDermott.

McDermott - McDermott comes from the Gaelic Mac Dhiarmada, meaning "son of Dermot."  The McDermotts were ancient princes of Moylurg, having their territories in the barony of Boyle in Roscommon.

Brennan - Brennan is an anglicized form of two distinct Gaelic surnames - O'Braonain and MacBranan, where braon would mean a “tear” (possibly indicating sorrow) and bran a “raven” referring to one with coal black hair.

Flanagan - The surname Flanagan derived from the Old Gaelic word flann meaning "red" or "ruddy." From this source came the Old Gaelic septs by the name of O'Flannagain (or "descendant of the ruddy one"), of which there were a number in Ireland. Flanagan is the main anglicization of this name. The name has also appeared as O'Flanagan and Flanigan.

Regan - O'Regan and Regan are the anglicized forms of the Gaelic O'Riagain, descendant of Riagan, a personal name of uncertain origin. There were three main O'Regan septs in Ireland, with three different origins.  O'Regan became Regan and often Reagan in America.

LEARN MORE Regans Town is an account of an extended family group that lived in North Roscommon in the civil parish of Tumna.

Flynn - O'Flynn and Flynn are surnames that derive from the Gaelic flann or floinn meaning "ruddy" and originally given as a nickname to someone with reddish complexion.  The O'Flynn name cropped up in a number of locations, most notably in Waterford, Cork, and Roscommon.

Fallon- The surname Fallon or O'Fallon derived from the Gaelic clan name O'Fallanhain, meaning "governor" or "supremacy." Some have maintained that Fallon was originally pronounced with a long "a" as in "fall."  Early O'Fallon clan history dates back to the 12th century and their affiliation with the larger O'Connor clan in Connacht.

Kenny - Kenny is an anglicization of the Gaelic O'Cionnaith - from Coinneach or Cainnech, an Old Irish personal name borne by a 6th century monk and saint who gave his name to the town of Kilkenny. An O'Kenny sept later emerged.  Kenny and Kenney are the principal spellings today.

Moran- Moran is the anglicized form of two distinct Gaelic sept names - O'Morain and O'Moghrain - in Connacht.  The root here is the personal byname Morain or Morann, from mor meaning “great” or “large.”  The first Morann appeared at a very early stage in Irish history.

LEARN MORE County Roscommon was one of the counties hardest hit by famine and emigration in the decade that followed the publication of The Topographical Dictionary of Ireland in 1837, where every parish was described in detail.An entry for the town of Ballyfarnon states: This is an improving place and promises to increase in importance from the contemplated new mail coach road from Carrick-on-Shannon to Sligo, which is intended to pass through the village. You can now find out about what life was like before the Great Famine, in the timelines of each of our IrelandXO Roscommon communities. READ MORE

The County Roscommon Community on IrelandXO

Did you know that our County Roscommon Diaspora Community has close to 1,000 members who have added 854 ancestors? Click HERE to join the County Roscommon community or click HERE to explore the civil parishes of the county. Perhaps the most well known Roscommon ancestor is Douglas Hyde (1860-1949) an Irish scholar of the Irish language who served as the first President of Ireland from 1938 to 1945. He founded the Gaelic League, one of the most influential cultural organisations in Ireland. Hyde was born in Castlerea on 17 January 1860 and is buried in the Hyde Museum, Frenchpark, Roscommon. 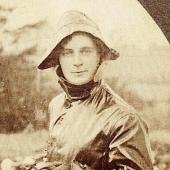 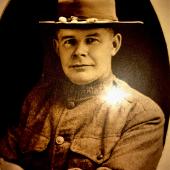 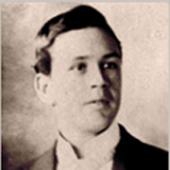 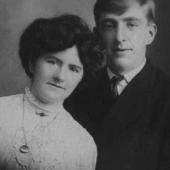 GET INVOLVED  We'd love to see more profiles linked to the Roscommon Community, why not add the story of someone from your town/village? Click here or watch our handy How to video below!

Caislean Ros Comáin aka Roscommon Castle located on a hillside, just outside Roscommon town, is a large 13th Century Norman structure. It was the centre of Anglo-Norman power in this part of Ireland until the mid 14th century. For two centuries it was the residence of the kings of Connacht.  The castle is now part of the local amenity area called Loughnaneane Park.

Erected on the orders of King Henry III of England, this castle was built in 1269 (on lands taken from an Augustinian priory) by Robert de Ufford, Justiciar of Ireland.  Construction was impeded by native attacks led by Aedh O'Conor (son of FeiIim O'Conor, the Irish king of Connacht). Read More HERE

Teach Bhéal Átha na mBuillí aka Strokestown House is an 18th Century mansion built by Thomas Mahon (1701-1782) on his grandfather's land. The Manor of Ballynamully (then Béal Átha na mBuillí which translates as The Ford of the Town of the Strokes) with 500 acres to be held as demesne, was created in 1678, when Captain Nicholas Mahon was granted over 3,000 acres in the baronies of Roscommon and Ballintober (for his support in the British colonial campaign).

It has been faithfully restored retaining its original furnishings, and professionally guided tours allow visitors to experience Georgian Ireland in its purist form. The beautifully restored six acre Georgian walled garden complex gives a unique insight into horticultural practices and garden architecture from the 1740s to the present day.

It is now also home to the The Famine Museum who use a combination of original documents and images from the Strokestown Park collection to explain the circumstances of the Great Irish Famine of the 1840’s. This collection boasts an extensive range of papers including actual letters written by the tenants on the Strokestown Estate at the time of the famine.

LEARN MORE Eviction of the 1,490 people from the Mahon estate at Strokestown

Find Out More about your County Roscommon Roots

Whatever stage you are at with researching your Westmeath ancestry, we have the resources to help you find out more. Once you have tracked down your Roscommon ancestors, be sure to add them to the IrelandXO Chronicles so that others can read their stories. Who knows? You may even find a connection you never knew you had.

We highly suggest checking out our Westmeath Message Board where our wonderful team of volunteers are waiting to answer your queries and help you to solve your family history mysteries. CLICK HERE to get started.

Are you living in County Roscommon, would you like to be the local representative for your town/village? If so we'd love to hear from you, get in touch at info@irelandxo.com