Have a Kelly, Murray, Farrell or Daly in your family tree?

Below, we look at County Westmeath, the geographical center of Ireland, and the homeplace of Athlone Castle. Naming expert Colin Shelley explores the top 10 surnames there during the 19th century while we list some of the top genealogy resources for anyone doing research in the County. 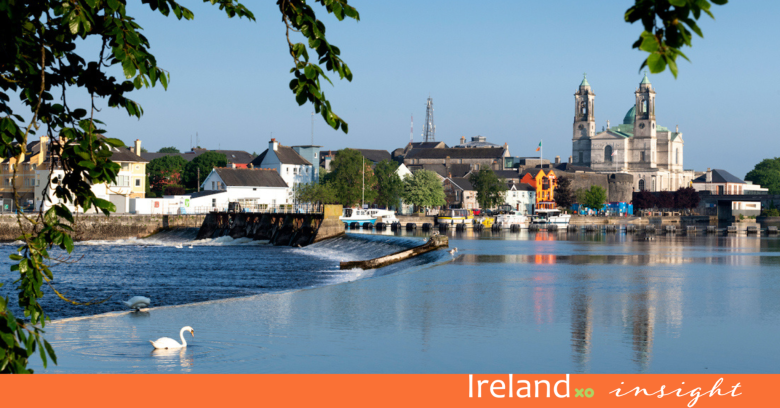 Co. Westmeath, or An Iarmhí in Irish, is located in the midlands region of Ireland. It is home to Athlone Castle which, after a multi-million euro renovation, reopened in 2012 as a state-of-the-art, multi-sensory visitor experience.With 12 baronies, 64 civil parishes, 106 Electoral Divisions and 1,349 Townlands why not check out our handy guide on how to narrow down your parish here.

Top Surnames in County Westmeath During the 19th Century

Colin Shelley, a genealogist who specializes in the origin and development of surnames from various sources in the English-speaking world takes us through the top 10 surnames in County Westmeath during the 19th century.  His website, selectsurnames.com covers more than 1,000 of these surnames.

Kelly - is both a given name and surname.  Etymologically, it originated as a patronymic surname, with the prefix Ó and the suffix Ceallach ("strife", or "contention"), the Old Gaelic clan name of Ó Ceallaigh which was anglicized as O'Kelly.  Kelly has been adapted to mean "brave warrior" in many English-speaking armies.

Murray- Murray is usually considered Scottish, from the clan of that name that originated along the Moray Firth coastline.  But it is also Irish.  The Siol Muiredhaigh (pronounced Sheel Murray) was the territorial and dynastic name for clans descended from Muireadhach Muilleathan (Murray the long-headed) who died around the year 700.  The name Muiredhaigh, meaning "lord" or master," was a fairly common personal name in The Annals of the Four Masters.

Farrell - The roots of the Old Gaelic name Fearghail are fear, meaning "man," and gal "valor," hence man of valor. The original Fearghail from whom the O'Fearghails have claimed descent was slain by the Danes at the battle of Clondarf in 1014. His great grandfather Anghaile gave his name to the territory that they possessed, Annaly in county Longford.  It was not until later that O'Fearghail was anglicized to O'Farrell and later Farrell.

Daly - The O'Dálaigh was a bardic sept which came to prominence early in the 12th century, with Cui Connacht O'Dalaigh, the first recorded of that name, in Westmeath. O'Dalaigh means descendant of Dálach. It is thought that the name came from the same root as dáil meaning "assembly." Dálach therefore probably meant "assemblyman" or "councillor." The name later became O'Daly and Daly. In America it is also Daley and Dailey.

Reilly - O'Reilly is derived from the Gaelic O'Raghailligh, meaning descendant of Raghaillach (from ragh, a "race," and ceallach meaning "gregarious").  The story goes that Raghaillach was killed at the Battle of Contarf in 1014 while fighting alongside Brian Boru.  His descendants, the O'Reilly sept, followed Celtic traditions with their chief being inaugurated at an ancient stone circle on Seantomon hill outside of Cavan town.  Today it is O'Reilly more in Ireland, Reilly more outside.

Fagan - Fagan is thought possibly to be a Norman-Irish surname, originally brought to Ireland by the Normans.  The Gaelic form was O'Faodhagáin.

Lynch - Lynch has two probable derivations.  The first is Anglo-Norman, from the de Lench family which was said to have arrived with or after Strongbow. A branch established itself in Galway where they became one of the strongest of the famous "Tribes of Galway."  More numerous perhaps in numbers, although less in prominence, were the Lynchs that came from the Gaelic O'Loingsigh, grandson of loingseach meaning "seaman."

McCormack - The surname McCormick or McCormack is an anglicized form of the Old Gaelic patronymic MacCormaigor or "son of Cormac," Cormac being a personal name from the Celtic corbmac meaning "charioteer." McCormack is more common in Ireland, McCormick elsewhere.

Moran - Moran is the anglicized form of two distinct Gaelic sept names - O'Morain and O'Moghrain - in Connacht.  The root here is the personal byname Morain or Morann, from mor meaning “great” or “large.”  The first Morann appeared at a very early stage in Irish history.

Smyth - Smith is an occupational name for a worker in metal, deriving from the Anglo-Saxon smitan to strike.   Smyth was the early surname spelling.  The Gaelic name MacGabhann (from the Gaelic word gobha) was often anglicized, as in Scotland, to Smyth or Smith.

Don't forget, you can also jump on our Local Volunteer Message Board for help making sense of Irish names, old and new.

The Westmeath Community on IrelandXO

This week we are highlighting the stories of five Westmeath ancestors written by our members. First, we have a short biography of Mary O'Neill who emigrated to Australia following the death of her father, followed by Peg Plunkett, an Irish brothel keeper in Dublin famed for her three-volume autobiography followed by John Sullivan, first heavyweight champion of the world under the Queensbury Rules and finally the story of Edward McCormick recruited in Ireland to keep law and order in the Australian gold fields.

Oliver Goldsmith essayist, poet, novelist, dramatist, and eccentric, was one of the most popular 18th century English writers was born to a poor Irish family in Elpin, County Roscommon 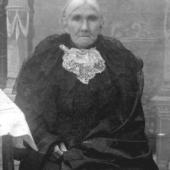 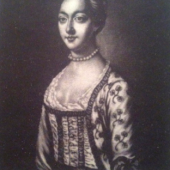 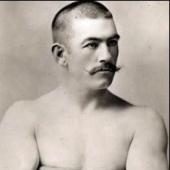 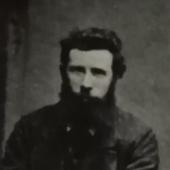 GET INVOLVED - We'd love to see more profiles linked to the Westmeath Community, why not add the story of someone from your town/village? 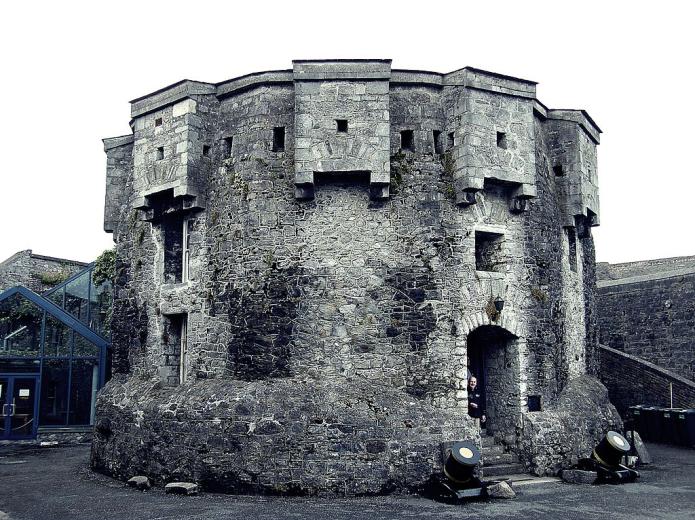 Inchcleraun Monastic Site, also known as Quaker Island, is a beautiful island located in Lough Ree – one of three lakes on the River Shannon.

The island is named after Clothra, who was the sister of the legendary Queen Maeve of Connacht. Maeve is one of the protagonists of the great mythical saga, An Táin Bó Cuailnge or ‘The Cattle Raid of Cooley’.

The legend is the story of how Queen Maebh sought to take Donn Cuailnge, the Brown Bull of Cooley from the King of Ulster. Mighty battles were fought between the warriors of Ulster and of Connacht, the most famous of which was that between the hero Cú Chulainn and his foster brother Ferdia.

After the Táin, Maebh sought refuge on Inchcleraun. She was slain whilst swimming in Lough Ree, by a stone hurled from the mainland. Historical sources from the 11th century suggest that Maebh was killed by her vengeful nephew in response to her having had his mother, Clothra, murdered. 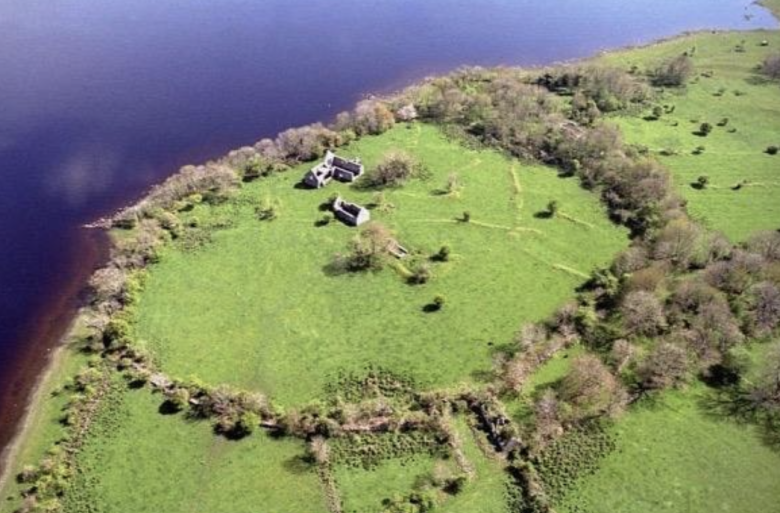 Can you add details about a historic building in County Westmeath?

Find out more about your Westmeath Roots

Whatever stage you are at with researching your Westmeath ancestry, we have the resources to help you find out more. Once you have tracked down your Westmeath ancestors, be sure to add them to the IrelandXO Chronicles so that others can read their stories. Who knows? You may even find a connection you never knew you had.

We highly suggest checking out our Westmeath Message Board where our wonderful team of volunteers are waiting to answer your queries and help you to solve your family history mysteries. CLICK HERE to get started.

Are you living in Athlone or Mullingar, would you like to be the local representative for your town/village? If so we'd love to hear from you, get in touch at info@irelandxo.com or register your interest here